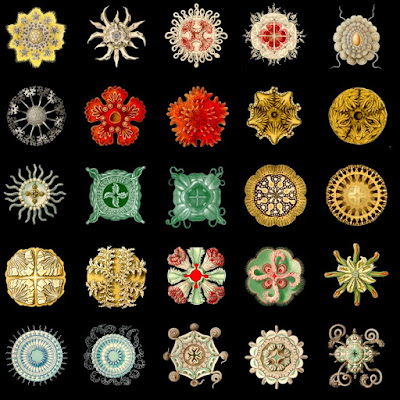 Oddball Films presents Scientific Psychedelia, a program of eye-popping short science and nature films from the 1920s-1980s that capture nature's most surreal, kaleidoscopic and magnificent moments. From microscopic creatures and processes to a space landscape, to the intricacies of animal movement, these films will open your eyes to the natural wonders that lay within and beyond our own eyesight. The evening includes experimental space explorations by Scott Bartlett, cephalopodic inquiries by David Attenborough, mind-blowing hydro-animation from visionary Philip Stapp, evangelical science from the Moody Institute, mid-century color micro-photography of protozoa and more, all on 16mm film from the archive. Dive into the colorful world of cephalopods with David Attenborough and watch as cuttle fish, octopi, and squid put on nature's electric light show in the stunning print of Aliens from Inner Space (1983). Brilliant animator Philip Stapp teams up with the World Health Organization for the staggering animated short Water: A Human Right (1961), containing breathtaking imagery, science, and humanitarianism. Avant-garde filmmaker Scott Bartlett brings us a metaphysical trip to the moon utilizing superimpositions, stroboscopic effects, and hallucinatory imagery in Moon 1969 (1969). Photographic pioneer Roman Vishniac brings us under the microscope to see the world of Protozoa: Single-Celled Animals (1957). Award-wining filmmaker Carroll Ballard’s (The Black Stallion) abstract film Crystallization (1975) explores the intricate and dazzling formation of crystals in liquids all set to an innovative electronic sound score. Basic physical principles are the focus of the antique science short Invisible Forces (1920s), and the visuals of capillary action in sugarcubes and bubbles will tantalize and mesmerize. Get a glimpse under the skin with the ghostly images of Moving X-Rays (1950).

Aliens from Inner Space (Color, 1983)
A rare David Attenborough documentary never released on DVD! This stunning BBC show demonstrates nature's electric light show through the examination of those fascinating cephalopods the cuttle fish, the squid, and the octopus. Watch as these chromatophore-laden mollusks evade their predators, hypnotize their prey and communicate using specialized light cells within their own invertebrate bodies. 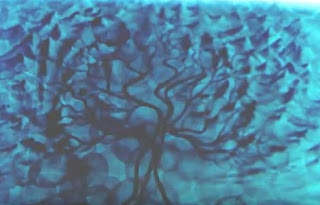 Water: A Human Right (Color, 1961)
Animator Phillip Stapp delivers with this piece commissioned by the United Nations and approved by the World Health Organization. Another Journal Films Inc production, this documentary highlights Stapp’s interesting animation style combining and contrasting live-action footage and photographs with pointillist inspired drawing. These airy images depict the problem of water rights, water shortage, and the needs of our ever-growing world with snappy style. Stapp is well known for his work in animation with films like Boundary Lines (1946) which introduced his ‘evolving scroll’ efforts and work with music and lines. Water is a retro reminder of our problem with life’s juice that has not yet subsided. In a new world with 7 billion people, this film’s relevance is very contemporary to our time. 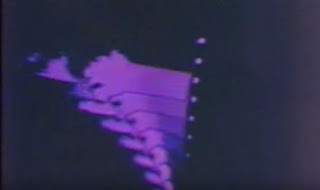 "Moon 1969 is a beautiful, eerie, haunting film, all the more wonderful for the fact we do not once see the moon: only the manifestation of its powers here on earth, the ebb and flow of the waters.. fiery rainbows into a cloudy sky... men and rockets transformed into shattering crystals... creating a picture if the cosmos in continual transformation."-- Gene Youngblood, Los Angeles Times

Pioneering San Francisco film and video artist Scott Bartlett created a series of evocative and revolutionary films in the mid sixties fusing film and video techniques that pushed the limits of film and video in unexpected ways. With Moon 1969 Bartlett explores the sensory limits of the viewer ultimately taking them on a visceral, stroboscopic experience.

Protozoa: One Celled Animals (Color, 1957)
This film, photographed by one of the masters of color photomicrography, Dr. Roman Vishniac,

vividly portrays the variety and life functions of one-celled animals. Photographer, biologist, and art historian, Roman Vishniac is most widely remembered for his photographic documentation of pre-Holocaust Jewish culture in Central and Eastern Europe. Vishniac also contributed to the development of photo microscopy (photographs taken through microscopic lens) and time-lapse photography.

For more than a century, X-ray images have illuminated the workings and anomalies of the human body and other objects of mystery, but they still have the ability to fascinate. Director John Kieran's Kaleidoscope was a 15-minute documentary series that aired from 1949 to 1952. Kieran's folksy but learned approach gives Moving X-Rays gives a comfy sense of wonderment at the eerie beauty of these familiar images. 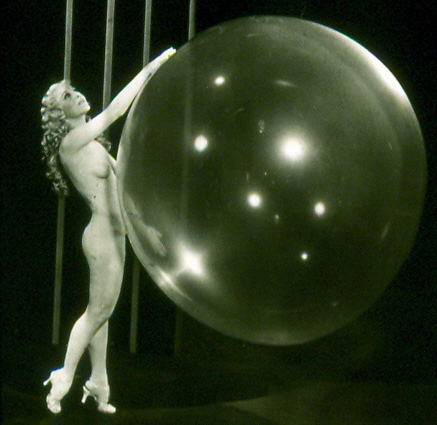 Brilliant Kodachrome snowflake crystals from the evangelical Moody Institute of Science. God made these!

Directed by award-wining filmmaker Carroll Ballard (The Black Stallion) this hypnotic non-narrative film explores the formation of crystals in liquids through the electron microscope under polarized light all set to an early 70s electronic sound score. Screened at the SF International Film Festival and winner of the Golden Gate Award in 1975.