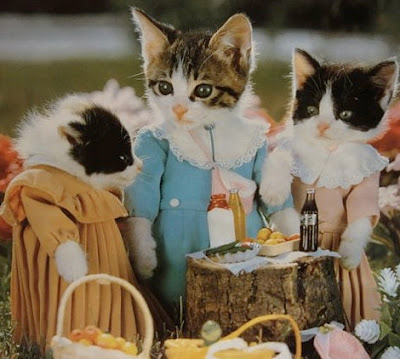 Oddball Films presents Baby Animal Bonanza, a night of 16mm short nature films from the 1930s-1970s all starring the cutest baby monkeys, kittens, bears, foxes, skunks, bunnies, otters, puppies and more. After a grim week in American politics and morale, we here at Oddball know you could use a little distraction with an onslaught of adorable baby animals from yesteryear. Two Black Bear Twins (1952) snack on bacon hung off trees and make a mess of a campsite in this misinformed nature film. The depression-era Tiffany Chimps try to sneak their baby into various hotel rooms with a wide array of ridiculous chimp antics in My Children (1931). And while we're talking tiny primates, make sure to meet Rikki: The Baby Monkey (1949), a little rhesus in the wild on his first excursion into the jungle alone. Interspecies parenting doesn't get any cuter than Mother Cat and her Baby Skunks (1958), unless you want to count one of the most outrageously adorable films ever Baby Rabbit (1969) which looks at bunnies and the children who love and care for them. A ranger finds an orphaned otter and nurtures him to adulthood in the precious Hungarian short Forest Fisherman: Story of an Otter (1972). Forest Babies (1959) provides a barrage of babies from fawns to woodchucks. Adventures of a Baby Fox (1955) teaches you in rhyme about not only baby foxes but the flora and fauna in their woodland world. Head to the polar bear enclosure at the zoo for Cheechako's First Day (1978). Then, head to the beach with Doug, Don and over half a dozen Scottish Terrier puppies in Mother Mack Trains her Seven Puppies (1952). Plus more furry surprises for the early birds and everything screened on 16mm film from our massive stock footage archive. 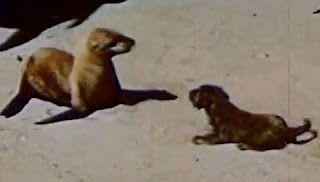 Tells the story of Mack, a Scotty dog and her seven puppies.  Pictures how the pups are fed and trained by their mother. Shows their adventures when they go to the beach with Doug and Don, two young boys and they meet up with a baby seal pup.

Black Bear Twins (B+W, 1952)
A delightfully misinformed nature film from Encyclopaedia Brittanica starring a pair of baby bears that can't wait to get away from mom and cause some trouble! They scamper around the forest wreaking havoc and tussling with a beehive. A (human) family spots the cubs' tracks and stupidly attempts to lure the bears to their camp by hanging bacon from a tree (like a hipster Christmas decoration).  The bears come to camp and help themselves to the bacon, then decide to come back later and destroy the entire camp!

Rikki: The Baby Monkey (B+W, 1949)
Tag along with a tiny rhesus baby as he hangs out with his family, has breakfast, and goes on an exciting adventure in the wild. 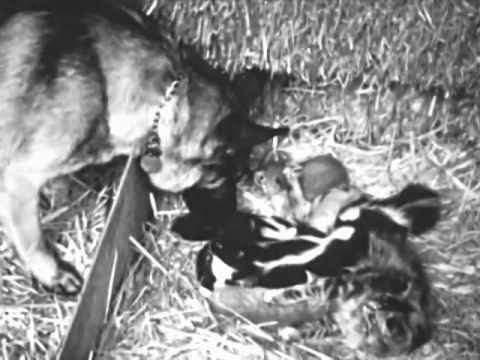 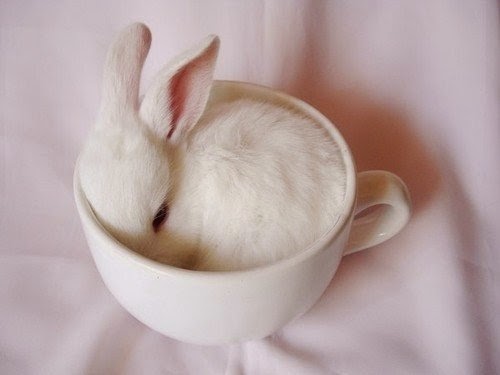 Baby Rabbit (Larry Klingman, Color, 1971)
Baby brothers and baby rabbits are not so different when you get down to it, although bunnies might be less annoying. Drawing parallels between the love and care parents give their children and the joys and responsibilities of keeping animal friends, Baby Rabbit is jam packed with warmth. Extreme cuteness warning: if the bunnies don’t get you, the darling trio of siblings will! Music by Country Al Ross. 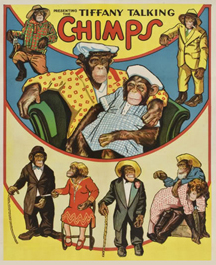 The Tiffany Chimps - My Children (B+W, 1931)
Some chimpanzees (the Tiffany Chimps) dressed in human clothing act out a story in which a couple loses their apartment for trying to sneak their child in. The old man chimp and the maid chimp spy the chimp couple trying to raise the baby chimp up through the window. So they try again elsewhere, hiding the baby in their luggage. No one seems to allow children, as they constantly have to hide the baby. The baby chimp keeps lighting firecrackers in the hotel, and moves around in a suit of armor. The family ends up having to leave again, on each other’s shoulders under a big coat. 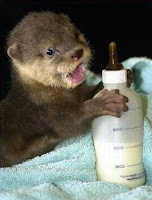 Forest Fisherman: Story of an Otter (Color, 1972 cc)
A heartwarming film from Hungary. A forest ranger relates the story of how he raise an orphaned baby otter, observing and examining its habits. At first the otter is isolated in a pen in the garden, but later he is released and quickly becomes friendly with a litter of puppies, teasing, hiding and romping with them. As summer deepens into autumn and the otter grows older, he becomes less interested in his playmates and more curious about things of his otter’s world. When winter comes, he is fully grown, and swims and plays in the cold springs of the highlands, hunting and fishing for himself. When spring arrives, the mature otter returns to the forest lake and to his own natural environment. 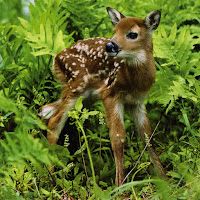 Cheechako’s First Day (Color, 1978)
Hurray! Today is baby polar bear Cheechako’s first day out of his cave at the zoo. Watch his mother Ice-Ter show him the ropes on his first swimming adventure.

Adventures of a Baby Fox (B+W, 1955)
This Encyclopedia Britannica nature classic uses music and rhymed narration to present the eating and playing habits of a baby fox. Displays the flora and fauna around a pond where a baby fox comes to look for food and excitement. Illustrates some of his eating habits and shows him playing in the forest with another baby fox, chasing a snowshoe rabbit, and then watching a falcon eating a small animal.