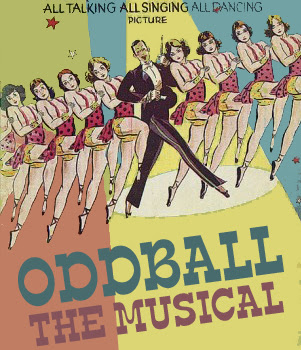 Oddball Films presents Oddball - The Musical, an evening of our favorite musical numbers from the 1930's through the 1980's culled from our massive archive of 16mm films.  With a mixture of classic Hollywood, educational primers and nostalgic camp favorites, it's a night of song and dance of epic proportions.  Schoolhouse Rock brings us the much sampled favorite 3 Is The Magic Number (1973).  Football Superstar and needlepoint enthusiast Rosie Grier sings "It's Alright to Cry" from the quintessential hippy-parenting guide Free To Be...You and Me (1974)  Busby Berkeley choreographs a dizzying display of hundreds of clones in a dazzling excerpt from Dames (1933) with other classic Hollywood musical numbers from the over-the-top Tiki-fantasy Isle of Tabu (1945), Fred and Ginger dance into your heart in Top Hat (1935) and Alice Faye sings "Oh You Nasty Man" from George White's Scandals (1934).  The Hollywood musical spirit infects a locker room of young girls as they perform "The Itty Bitty Titty Committee" from the epic musicalamity Junior High School (1978).  Children sing-whine throughout their bad day in I'm Mad at Me (1974) while a set of other children sing wistfully for a chop of meat in the creepy, campy Eating, Feel Good Movie (1974).  Tom Lehrer sings about pollution in The Run-Around (1969).  And so much more! 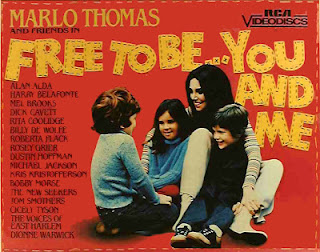 It’s Alright To Cry from Free to be...You and Me (Color, 1974)
Rosey Grier was an NFL star turned Renaissance Man, presidential bodyguard, singer, actor, needlepoint enthusiast, and Christian Minister. In this comforting ballad, “The Gentle Giant” teaches girls and boys alike that a little tearfest never hurt anyone, and even one of the Fearsome Foursome can be “sad and grumpy, down in the dumpy.”

Isle of Tabu (Color, 1945, excerpt)
Part of Paramount’s Musical Parade Feauturette Series, this early Tiki film has angry Tiki gods, exploding volcanoes and a curse-lifting, human sacrifice plot with some song and dance numbers and a happy marriage ending. The not-so-authentic natives include Nancy Porter in her starring role debut (never to be heard from again) and several B-movie pretty boys. Music by Napua, Sam Koki and his Islanders and Pau Kua Lana Girls. Director William Shea’s most notable later work was an episode of “Mister Ed”. 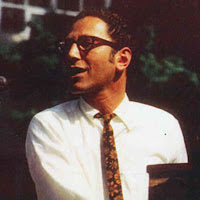 The Run-Around (Color, 1969)
Tom Lehrer lends his voice to this set of two shorts around waste and air pollution.  Musical, with a smog-accentuated and industrial sound design, try and find answers to this leading world problem.

Junior High School (Color, 1978, excerpt)
As if Junior High wasn't awful enough, imagine adding song and dance numbers about the most awkward aspects of your life and changing body!  This musicalamity revolves loosely around a party, planned by Sherry, played by none other than 16 year-old Paula Abdul. Everybody's gotta be there, and lots of singles still need a date, which leads to triangles and hilarity.  In this hilarious excerpt, the song and dance numbers tread into uncomfortable territory when the whole girl's locker room dances around 3 gals in the "Itty Bitty Titty Committee".  It's an epic camp musical masterpiece!

Dames (B+W, 1934)
A charming excerpt from director Ray Enright's Dames. During the spectacular musical number I Only Have Eyes for You, Ruby Keeler is the only girl in the world, but there are hundreds of her in this dreamy landscape.  And from those hundreds, one face emerges, and when Miss Keeler pops out of a giant eye there can be little doubt that notorious dance director Busby Berkeley was something of a Hollywood branch of the Surrealist movement. 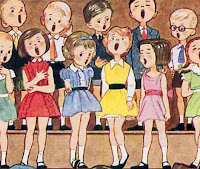 The Eating, Feel Good Movie (Color, 1974)
A musical laugh riot.  Children dressed in their Sunday best have a sepia-toned tea party and begin to sing about the food groups over enticing shots of vintage food.  One boy sings longily over a meaty montage "I'd like a roast or a chop or a steak or a stew so I'll have big strong muscles and I'll grow right too."  A creepy campy masterpiece! 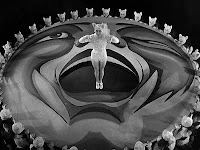