*Physiological Responses of the Sexually Stimulated
Male and Female in the Laboratory
(Color, added sound,1970s, Double screen projection)
Reducing sexuality to a science these two films explore the biological responses of human sexual arousal in males and females in this anatomically explicit Danish experiment. Watch the stimulation and witness the results!

Baby Puss (Color, 1943)
Produced by the legendary team of Hanna and Barbera. Poor cat Tom! Not only does his young owner insist on dressing him like a baby, but he also has to bear the humiliation of being spotted by his cat friends. And Jerry can't believe his good fortune when he spies his foe in diapers and a bib. A raucous cross-dressing Tom and Jerry cartoon!

Minnie The Moocher (B+W, 1932)
All time classic featuring Cab Calloway and his Orchestra (seen live briefly at the beginning), Betty Boop and Bimbo. A happening song with thinly veiled sex and drug references: Minnie she meets up with a pimp, the king of Sweden, who gives her “somethin she was needin'”…then gets caught up with a pot headed coke-sniffing junkie who teaches her how to "kick the gong" (mainline heroin). 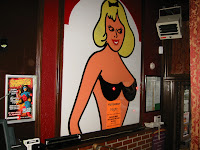 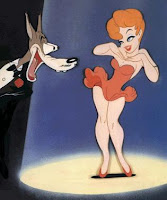 Red Hot Riding Hood (Color, 1943)
This sensual adaptation liberates its characters from their Di$ney-style forest and slaps them in the middle of swanky Manhattan. Grandma's a nymphomaniac swinger, and her rustic cottage home a hip penthouse pad. Little Red has become a red-hot singer-stripper; the Wolf is a model of lupine lechery; and the forest is supplanted by a big-city nightclub as the enchanted place of forbidden sexuality. The Wolf tries to pull the old Red Riding Hood gag in order to meet up with Little Red, but Grandma has other ideas. 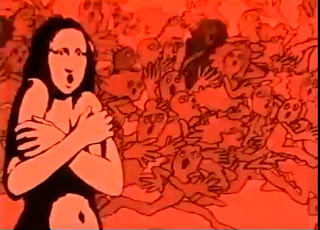 The Groping Hand (Color, 1968)
This bizarre slice of homo erotica was shot in San Francisco’s North Beach in the heyday of free love. A hunky male gets all revved up gazing at the live sex show signs and clubs on Broadway when he’s beckoned in by a female hand. Once inside he cuts loose, “stripping” his time away to down and dirty soul music. 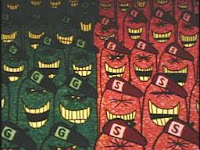 VD Attack Plan (Technicolor, 1973)
“Yes, it’s true. Walt D*sney Productions has made a significant contribution to the war against venereal disease. VD Attack Plan – A fully animated Walt D*sney 16mm motion picture” states the brochure accompanying this 16mm educational film. VD Attack Plan had some forward thinking and enlightening approaches (not just for D*sney but everyone else producing this type of film in 1973) to the subject of sexually transmitted diseases including promotion of condoms (instead of abstinence) and the fact that VD can be spread through same sex couplings.  This “war against disease “ film doesn’t miss a beat-even showcasing some of the graphic effects of the disease in action. Hilarious and in brilliant Technicolor, just like you’d want it to be! 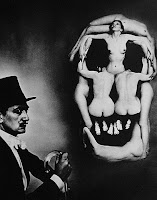