Oddball Films and guest curator Lynn Cursaro present another edition of Pop! Goes the Classroom: School Films from the Golden Age of Groovy. A wide range of 1960’s sensibilities trickled down to educational films, with wild and beautiful results.  Facts and dates gave way to concepts, color and action. Narration-free documentary shorts, such as Night People’s Day (1971) provided more than just information about hidden workplaces, they gave students room to just see. Cans (1970) could have stood on its own as a craft how-to, but also salutes humble tin’s ubiquity and disposability. Wonders in Your Own Backyard (1977) has a casual approach to the science of bugs. A groovy re-imagining of The Wizard of Oz is a tale of empowerment in Magic Sneakers (1969) from the Let’s Pretend series. Learning to read tone poem Rain (1970) will make you pine for a downpour. The groove wasn’t always smooth, but the disconnect between the visuals of Basic Body Movement (1969) and the laughable authority of the voiceover just adds charm. Infinite Design (1975) makes the universe into a giant toy by using celestial orbits as parts of a cosmic Spyrograph set. Wheels, Wheels, Wheels (1970)  is a thrills and spills look at this very basic form. And there’s MORE! As usual, home-baked POP-centric gingerbread will be among the complimentary treats from the curator’s kitchen!

Let's Pretend: Magic Sneakers (Color, 1969)
Alternately evoking Norman MacLaren's stop-motion live action films, The Wizard of Oz and The Red Balloon, Magic Sneakers tells the tale of a boy and his fears and the special power of some castoff Chuck Taylors. The exotic tabla music gives the pathos that bit of "far out" so prized in this period of school film.

Cans (Color, 1970)
Mini doc meets DIY - completely narration-free! What could be more pop than the tin can in all its glory? After all, the notion of cans as art was widely accepted by 1970, even by kids didn’t know who Andy Warhol was. From the factory all the way to post pantry crafting,Cans packs a lot into its small package. Once you've emptied them of baked beans and cling peaches, the real fun begins.

Night People’s Day (Color, 1971)
The look at the hidden workdays of nocturnal workers would be fascinating on its own, but this narration-free film adds human-made sound effects! A chorus of youngsters bloop, swish, crunch and whirl along as postal workers, produce market jobbers, bakers and other moonlit tradesmen go about their workaday routines and share their thoughts on their topsy-turvy workaday nights.

Wonders in Your Own Backyard
(Color, 1977 Michael Moore)
The kids are Alright . . .  with bugs! Science cheerfully takes a backseat to curiosity as the neighborhood gang get touchy feely with creepy crawlies. Entomology is what happens between piggy back rides.
Rain (Color, 1970 Stelios Roccos)

A gentle study of the city, the countryside, and children in the rain, featuring wonderful water-suffused photography. You won’t see a better learning-to-read film, ever. Colorful, melodious and precipitation-positive.

Basic Body Movement   (Color, 1969)
You must have heard: skipping over lines on the blacktop is fun and catch is more challenging and exciting if you move farther away from your play partner! Just because it’s obvious, doesn’t mean it’s not a dandy subject for film. Overly analytical, this look at standard playground games balances its unneeded narration with the brightness of Hula Hoops and Nixon-era playwear.

Wheels , Wheels , Wheels (Color, 1969)
Why have some dry narrator explain the physical properties of wheels when this action-packed montage of motion is the perfect excuse for a smoking soundtrack? The brass fueled score complements the big, the fast and the industrial, but some very tiny wheels are here too.  If it goes round, round, round it’s where it’s at for these groovy filmmakers. 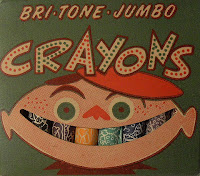 Plus! For the Early Arrivals!
Crayon (Color, 1964)
Crayon is not afraid to go-go-go outside the lines . . . with a cool vibraphone score! Schoolroom auteur Stelios Roccos brings his vibrant style to an inspiring study of amazing crayon techniques from coloring to encaustic and beyond.

About the Curator
Lynn Cursaro is a local film blogger. Over the past two decades, she has worked in research and administrative positions a variety of Bay Area film organizations. The Castro Theatre’s monthly picture puzzle is of her devising.