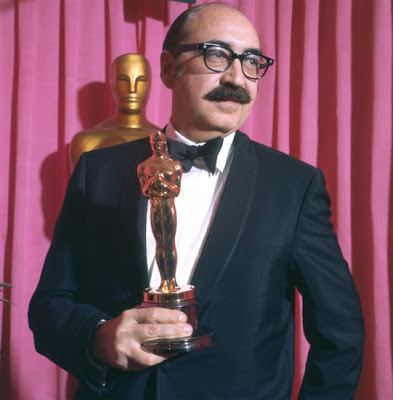 Oddball Films presents More Oddball Oscar Obscurities, an evening showcasing the finest animated and live action shorts ever to be nominated for an Academy Award.  With films from the 1940's through the 1970's, from tender coming of age portraits, to experimental animation to Pepe Le Pew, with a dash of dazzling Awards-show moments, this is one night the winner will be you!  Films include (and the Oscar went to...) The Golden Fish (1959) a charming film about a boy, his fish, his bird and a sneaky cat; Skater Dater (1965), the quintessential award-winning young love/sidewalk surfing film, (with a boss soundtrack by Davie Allen and the Arrows);  Leisure (1976), Bruce Petty’s Oscar-winning animated history of time spent at play; Chuck Jones unleashes his Lothario-skunk, Pepe Le Pew, in For Scent-imental Reasons (1949); Mel Brooks heckles experimental animation in the hilarious cartoon The Critic (1963); a scintillating insect excerpt from the pseudo-documentary The Hellstrom Chronicle (1971); Saul Bass' imaginative treatise on imagination,  Why Man Creates (1968); Isaac Hayes performs the Theme From Shaft in an eye-popping, over-the-top display of glitz from the 44th Academy Awards show in 1972; plus one of the great awards-show moments as Jayne Mansfield knocks Mickey Rooney speechless at the 1958 Golden Globes. 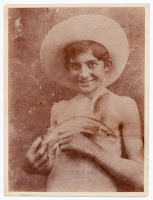 The Golden Fish (Color, 1959)
Edmond Séchan’s charming 1959 film The Golden Fish won the Special Jury prize at Cannes and its easy to see why: a story deftly drawn in small moments, a boy, his fish, his bird, and a cat, enough joy and mastery to do without dialogue. Often compared stylistically to The Red Balloon, The Golden Fish is a captivating little film. 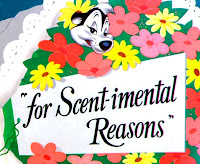 “It is love at first sight, is it not?” asks Pepe Le Pew of his tortured love object in this early entry in the beloved Merrie Melodies cartoon series. The distraught Penelope Pussycat flees Pepe’s unabashed advances until a change of heart turns the tables on our odorous friend. Oddball’s print of the film includes an often-censored sequence of Pepe threatening suicide! With the iconic voice work of Mel Blanc, the cartoon won legendary animator Chuck Jones his first Academy Award for Best Animated Short Film.


This inquiry into and celebration of the creative impulse was directed by Bass and won the Academy Award for Best Short Documentary Film in 1969.  Part informational essay, part creative explosion, it examines human creativity in its many varieties: from practical scientific applications to creativity for the sake of expression.  A series of explorations, episodes and comments on creativity, this film is one of the most highly regarded short films ever produced. Humor, satire, and irony are combined with serious questions about the creative process and how it comes into play for different individuals. A fascinating cornucopia of trenchant ideas and important truths, it’s transgressive and insightful, way-out and weird.

Leisure (Color, 1976)
“Satisfaction should be the measure of success.” Australian cartoonist Bruce Petty won an Academy Award for this unconventional, animated treatise on work and play. In a barrage of cartoons, photographs, and collage, Petty calls out for the lost art of leisure with a pulsating ride through history like we’ve never seen it before. Leisure or labor, the decision is ours.

The Critic (Color, 1963)
Another Oscar winner form the great Ernie Pintoff- the “Critic is Mel Brooks, sitting in a movie theater. Loudly describing/deriding what he seeds on the screen (a spoof of a Norman McLaren-styled animation). Hee-larious. 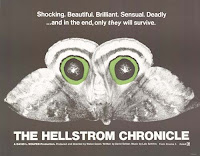 The Hellstrom Chronicle (Color, 1971, Excerpt)
This strange, dark satiric pseudo-documentary about the end of the human race and  the beauty and adaptability of insects may not have the credibility of a National Geographic film, but its subjectivity doesn't make it any less fascinating, or even plausible and certainly makes it more entertaining and provocative.   The film intersperses incredible microcinematography that illuminates the grotesquely beautiful life of insects with a journey through man's failings led by fictitious scientist Nils Hellstrom, played to the hilt by Lawrence Pressman.  While highlighting insects' adaptability and longevity on the planet, Hellstrom paints a picture of the annihilation of man and the reclamation of the Earth by our six-legged enemies. 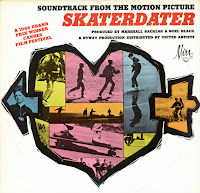 Skaterdater (1965, color)
This awesome coming of age short is a must see.  Winner of Cannes Film Festival short film prize in 1967, this film has no dialogue but rather uses the visual to, ahem-erect, a story about a boy who skateboards with his friends until he can’t take his mind off a girl on a bike.  Directed by Noel Black (who went on to direct the cult feature “Pretty Poison”), Skater Dater has developed a strong following both for it’s amazing skateboarding and it’s surf-inspired Davie Allen and the Arrows soundtrack.  Shot near Torrance, CA and features the Imperial Skateboard Club.  One of the first skateboard films, it was also nominated for an Academy Award and won several other prizes.
Email ThisBlogThis!Share to TwitterShare to FacebookShare to Pinterest
Newer Post Older Post Home