Wake Up and Smell the Morning: The Ritual and Routine of Breakfast - Thur. Mar. 7th - 8PM 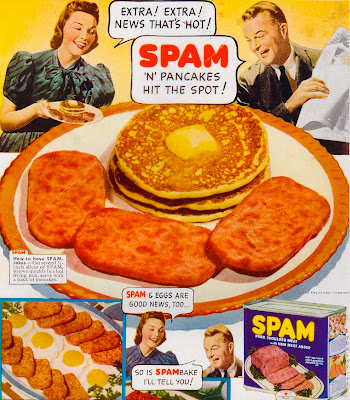 Oddball Films and guest curator Lynn Cursaro present Wake Up and Smell the Morning: The Ritual and Routine of Breakfast featuring the most important reels of the day.  It's a smorgasbord of  films centered around the morning meal and its importance in our daily grind. Michael Caine happily shares screen time with freshly ground coffee and attempts seduction via expert kitchen technique in two deluxe excepts from Sidney J. Furie’s The IPCRESS File (1965). In All’s Fair (1938), the Cabin Kids let loose on a pancake contest with lots of music and hint of mayhem. A craving for warm buttery treats leads a girl on a fantastical countryside journey in a food sourcing fable, Waffles (1986). Harvesting sweet gold is a vanishing way of life in Maple Sugar and Syrup, a poetic Kodascope from the late 1920s. Rush Hour Service (1971) recasts the workday diner as a battleground requiring tactical planning. A Chocolate Sandwich? (1976) uses a beloved treat to explore the part bread plays in French life. And there’s MORE! Treats from the curator’s kitchen will include her notorious gingerbread. 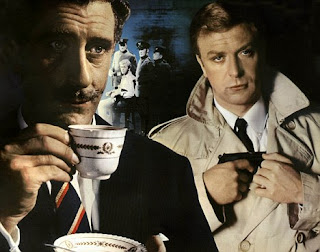 Excerpts from The IPCRESS File
(5 minutes each, 1965, Sidney J. Furie)
For spy Harry Palmer (Michael Caine), nothing beats the chill of the Cold War like some good home cooking. Author Len Deighton wrote cookbooks as wells as espionage thrillers so a protagonist with impeccable knife skills was a natural. In the title sequence, a bleary- eyed Caine freshly grinds beans for one of cinema’s most noteworthy cups of joe. A second excerpt presents the preparation of a jumbo Denver omelet as a mating ritual of sorts. What else would you have the working class answer to James Bond whip up for a last minute visit from a lady spy? As Sir Michael attested, “Len was a great cook, a smashing cook. I learned a lot about food from playing Harry Palmer.”

Maple Syrup and Sugar (B+W, 1920’s)
A beautiful, silent glimpse of a way of life on the brink of modernization! The primitive maple tapping camps and hardy maple men evoke frontier life with a haunting immediacy. Even the babies are toughing it out. The relatively modern processing facility also feels quaint. This selection from the Eastman Company's Kodascope lending library was meant to give its audience a greater knowledge of tree anatomy and the syrup industry in general, but like the best ephemera it shows much, much more. Mrs. Butterworth, move over!

Rush Hour Service (Color, 1971)
In the dog-eat-dog world of restaurants, maximizing the lucrative lunch hour turnover is a matter of survival. In this primer on efficient preparation military metaphors and rapid- fire cliches evoke a hash-slinger's version of The Longest Day. The pros know that empty ketchup bottles can blow even the most masterful mealtime mojo: don’t let it happen to you!

A Chocolate Sandwich? (Color, 1976)
In a pre-Nutella era, chocolate sandwiches might well have inspired quizzical looks from American youngsters. The familiar comforts of bread, however, provide an easy gateway into the French way of life and the importance of a crusty loaf or three in every home. A visit to a local baker, who knows every corner of his ancient brick oven like the back of his hand, and the endless shots of baguettes in net bags and bicycles drive home the point that the staff of life is a whole different ball of dough in France.

All’s Fair (B+W, 1938, Robert Hall)
When Mammy Jinny is called away from the kitchen, the high-spirited Cabin Kids are in charge of putting the finishing touches on her prize pancake recipe. Will they cost her the prize money or win her a griddle-full of glory? All’s Fair was the last in a series of musical comedy shorts and is every bit as charming and offensive as one could hope for. Siblings on and off the screen, the Kids sing a swinging ABC song, while Tom Emerson’s Mountaineers offer up a down home Skip to My Lou.

Waffles (Color, 1986)
We’ve all been there, pulsing with an early morning craving only to find we are short the fixings for a fabulous start to our day. Our young heroine does not take an empty milk carton lying down, especially since there are so many cows close at hand, right? In this storybook suburban fantasy anything can happen. Boost a chicken while you’re at it and it’s Waffle City at your place. Bacon, however, is another story.

Plus! For the Early Arrivals!
Picnic (Color, 1968)
A James Burroughs' musical mini-masterpiece! A selection from ACI's Learn to Read series, this sometimes moody study of al fresco afternoons with family, friends and nature might set you to packing a basket of your own.
About the Curator

Lynn Cursaro is a local film blogger. Over the past two decades, she has worked in research and administrative positions a variety of Bay Area film organizations. The Castro Theatre’s monthly picture puzzle is of her devising.