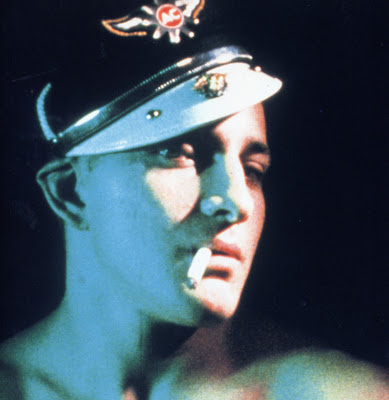 Oddball Films presents Revolutionary Queer Cinema, a program of vintage 16mm films that revolutionized the LGBT movement and cinema itself.  Films include the powerful documentary Pink Triangles (1981), a fascinating look at the roots of homophobia, and the oppression of "the other" throughout history; Scorpio Rising (1964), Kenneth Anger's experimental masterpiece of homoeroticism, bikers and rock n' roll; Un Chant D'Amour(1950) Jean Genet's lyrical portrait of homoeroticism between two prisoners; Behind Every Good Man (1966), an understated portrait of an African American drag queen in Los Angeles;  Plus! Legendary drag queen Charles Pierce belts out a few tunes, Vintage Queer Home Movies, Trailers, and more!

Pink Triangles (Color, 1981)
Pink Triangles is a fascinating, informative film in which both the roots and the current manifestations of homophobia are explored.  The film features historical documents and interviews with people who know about prejudice first-hand are mixed, showing how lesbians and gay men experience discrimination and oppression.  The historical perspective of homophobia is revealed, along with its links to other forms of oppression (against women, blacks, radicals, and Jews) and the reasons why this particular prejudice is felt so strongly.  The treatment of gays in ancient and medieval times, in the Nazi death camps, and during the witch hunts of the McCarthy years are all shown.  These past atrocities are linked to the present through TV interviews and paid political announcements from today's moral majority. Pink Triangles shows how society looks for scapegoats in times of trouble, and how the past can be repeated.  The best way to avoid this is to continue educating our society and ourselves.  Pink Triangles is an important part of this effort.

Scorpio Rising (Color, 1964)
One of the most important films in Kenneth Anger’s body of work, Scorpio Rising employs the sounds of teen pop and the iconography of 50s and 60s motorcycle culture to create a shrine to teenage rebellion.  It is part pop promo, part homo-erotic home movie and is packed with ironic symbolism and style – from his references to the occult to the partially naked, leather-clad bikers riding their bikes recklessly until they crash. Considered by many as the precursor of the pop promos of today - with its angular shots and contemporary soundtrack - the force and poetry of Anger's work has greatly influenced generations of filmmakers, designers and fashion photographers.  Anger pioneered the use of the pop music in narrative film by filling the soundtrack entirely with Elvis, girl groups, and top 50 chart hits. 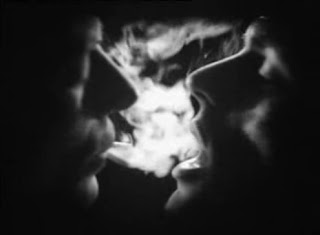 
Director Jean Genet was one of France's maverick artists, a man who exchanged a life of extreme deprivation and degradation for that of a novelist, playwright and poet and became something of an existentialist hero to the likes of Jean Cocteau and Jean-Paul Sartre. Although greatly influenced by the medium of cinema, "Un Chant D' Amour” is the only film he both wrote and directed. Long championed as one of the most emblematic films in gay cinema, it has unquestionably influenced generations of filmmakers, from the late Derek Jarman to Todd Haynes (his 1991 film Poison is directly inspired by Genet's work). "Un Chant D'Amour" is a hymn to homosexual desire examining two prisoners in solitary confinement as they communicate their desires to one other, principally through a small hole in the wall that separates their cells. They exorcise their frustration and loneliness under the voyeuristic gaze of the prison guard. The dynamic of warder and prisoner, submission and domination, confinement and freedom is explored through these complex relationships.
As the only filmic example of Genet's transposition of ideas and writing into images, the rarely seen "Un Chant D'Amour" may be categorized as a 'film poem' -- an avant-garde work comparable to the films of Jean Cocteau, Kenneth Anger Maya Deren, and Andy Warhol. Its lyrical evocation of homosexual passion and romance is regarded as one of the most intensely physical films made. Historically limited in its availablility due to the social stigma of its sexually explicit material, much silence and confusion surrounded this hidden treasure; thus it has become the most famous gay short film in European history. 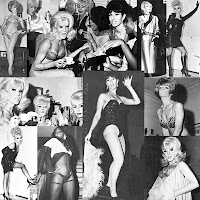