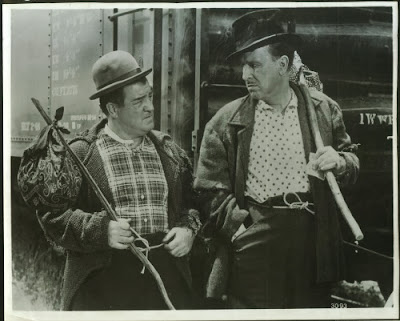 Oddball Films presents Strange Sinema, a monthly screening of new finds, old gems and offbeat oddities from Oddball Films’ collection of over 50,000 film prints. Drawing on his archive of over 50,000 16mm film prints Oddball Films director Stephen Parr has complied his 72nd program of classic, strange, offbeat and unusual films. This installment Strange Sinema 72: Gypsies, Hoboes, Nomads and Vagabonds, a screening examining nomadic life around the world from gypsies in Eastern Europe to traveling traders of Tibet to the legendary hoboes and comedic vagabonds of North America. This genre-bending 16mm film program explores global and pop cinematic concepts of nomadic life showcasing ethnographic films such as Gypsies (1972), a rare, non-narrative look inside traveling Gypsies of Poland, Tibetan Traders (1958) portraying the life of a semi-nomadic Himalayan tribe traveling through Tibet and India, Nomads of the North (1950), Alaskan Eskimos protect reindeer from killer wolves, documentaries such as Circus Nomads (1975), capturing the colorful and hardship-laced culture of the traveling  circus life, the silent comedy of The Tramp (1915) featuring Charlie Chaplin’s fastidious hobo falling in love with a girl he rescued from robbers, the cartoon antics of Porky Pig: Riff Raffy Daffy (1948) featuring a homeless Daffy Ducky versus policeman Porky Pig, the comedic duo of  Abbott and Costello: Hollywood And Bust (1955) featuring them as train hopping, gambling hobos and Under A Gypsy Moon (1938), showcases  the Five Balabanows and acrobatic acts performing around a “Gypsy Campfire”-Hollywood goes gypsy! Plus Hunting Wild Doves in the Mali Highlands and a trailer for the film King of the Gypsies! 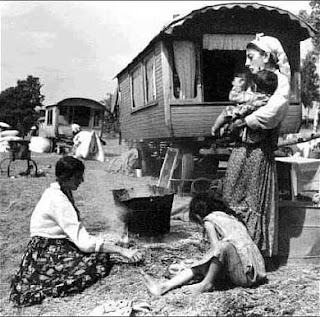 Tibetan Traders (1958, Color)
A rare look at the lives of Tibetan traders in the Himalayas, their rituals, daily activities, schools, crafts and agriculture. Traders portrays the lives of a semi-nomadic Himalayan tribe traveling India and Tibet in search of trade by barter for their goods, carried on the backs of goats. Shows life in the lower village, including recreation, bartering, processing of wool, and the collection of taxes.
Tibetan Traders was directed by J. Michael Hagopian who made over 70 films on the subject of international cultures, for the educational market, spanning the world’s geographies and cultures, and winners of numerous educational film awards. 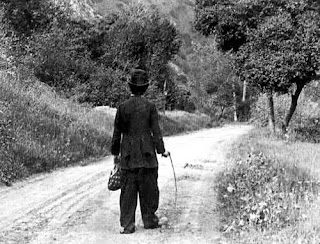 Circus Nomads (1975, Color)
As we all know the circus travels and with it everything under the big top and more. This film profiles the colorful mood, the magic and associated hardship of the circus world and its performers.

The Tramp (1915, B+W)
In this classic silent film Charlie Chaplin portrays a fastidious hobo who falls in love with a girl whom he has rescued from robbers. She takes him home to work on the farm owned by her father. Pathos and comedy are interwoven as Charlie falls in love with her and plans to propose marriage but returns to the road when her fiancé arrives.

Nomads of the North (1950s, Color)
"Home is where the herd is", is the theme of this stunning Kodachome film.

The naïve narration-”The story of how a brave and sturdy people formed a strange and permanent partnership between man and beast” belies the fascinating life on the frozen terrain profiling Nomadic Eskimos herders of Alaska protecting 3000 reindeer from killer wolves as well as the harness and joys of their tribal life.

Porky Pig: Riff Raffy Daffy (1948, B+W)
Here’s a metaphoric toast to the 99 percent. This film brings us a homeless Daffy Duck as he tries to foil policeman Porky so that he can sleep in the City Park. But Porky Pig won’t let Daffy off so easily, ensuing a feud between the two rabble-rousers-- leading them to a department store where they wreak havoc! 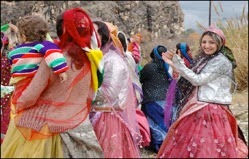 Nomads of Iran (Color, 1976)
A revealing film charting the tribal Qashqais living in the Zagros Mountains of Iran and their lost arts they perform. 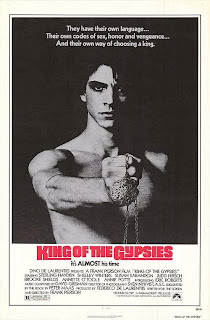 King of the Gypsies (1967, Trailer, Color)
King of the Gypsies deals with the criminal and violent lives of a group of modern day gypsies based in New York City. The film stars Sterling Hayden, Judd Hirsch and Eric Roberts, and based on a book by Peter Maas. Technical advisors, bit players and extras were played b real life extras and music was composed by David Grisman which prominently features the legendary jazz violinist Stephane Grappelli.

Rip Van Winkle Returns (1953, B+W)
The ghost of Rip Van Winkle appears in the 1950’s. Alone and invisible, this once legendary figure is reduced to a vagabond struggling to adapt to modern life.
This novelty short utilizes physical comedy and cultural commentary as we witness a “man out of time’ as he wanders through consumer culture and mores of America in the 1950s.