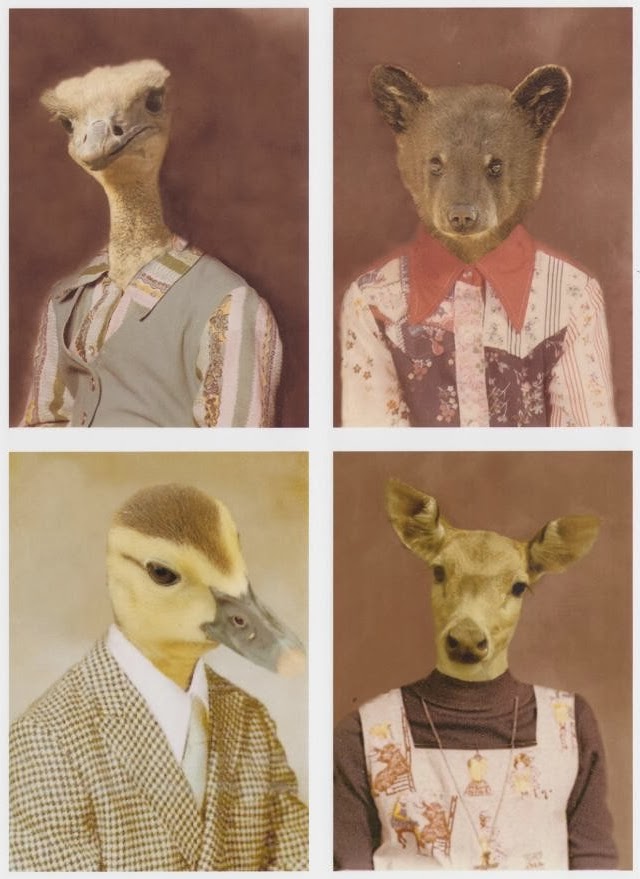 Oddball Films and curator Kat Shuchter present Learn Your Lesson...About Being Different - Shockucational Acceptance, the eleventh in a series of programs highlighting the most ridiculous, insane and camptastic shockucational films and TV specials of the collection.  This time, we're celebrating our differences with mime bullies, wheelchair musical numbers, homophobic jocks and even Michael Jackson singing about self-acceptance.  Michael Keaton stars in A Different Approach (1978), an all-star musical comedy benefitting disabled workers' rights (with cameos by Two Golden Girls!).  In the Captain Kangaroo cartoon The Most Important Person: I'm the Only Me! (1972), a shaggy alien thinks all human children look alike, but can a rainbow of kids teach him how wrong he is (in song)?  Schoolhouse bullying always goes better with rhyming mimes, as we find in People: Different But Alike (1970).  Homophobic nerd bullying turns to acceptance and appreciation after a good talking to from coach in Who's Different? (1984). Learn that there's nothing "wrong" with your neighbor, it's just that He's Mentally Retarded (1975). Michael Jackson and Roberta Flack act as children accepting their physical shortcomings in the musical number "When I Grow Up" from Free To Be...You and Me (1978). Kristy McNichol has a different kind of family in her foster home with her wheelchair bound foster brother in an excerpt of the ABC Afterschool Special The Pinballs (1977).  Leigh McCloskey (Dallas) tries to impress a blind girl by donning blind goggles in another extra special Afterschool Special Blind Sunday (1976).  With more special surprises, it's time you learned your lesson! 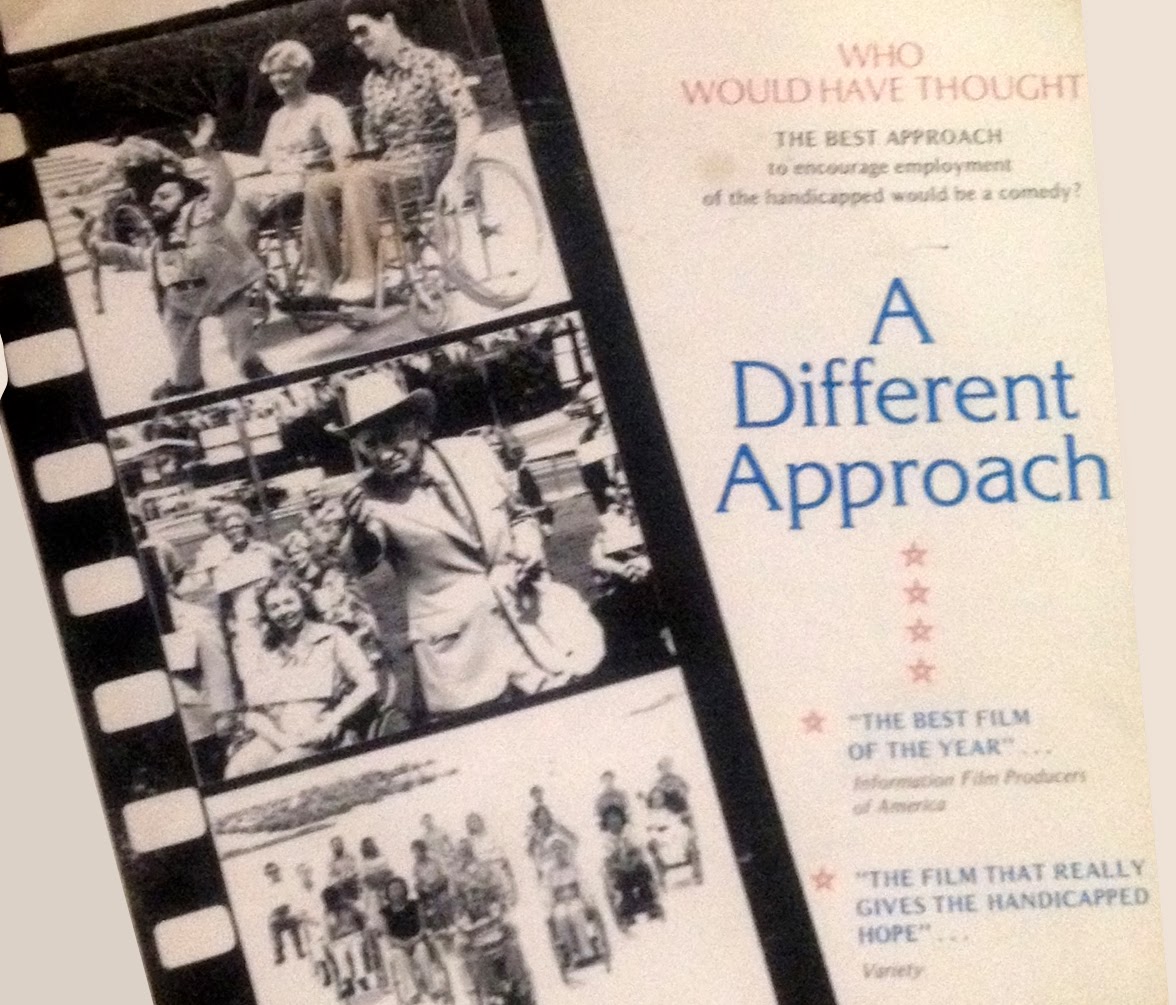 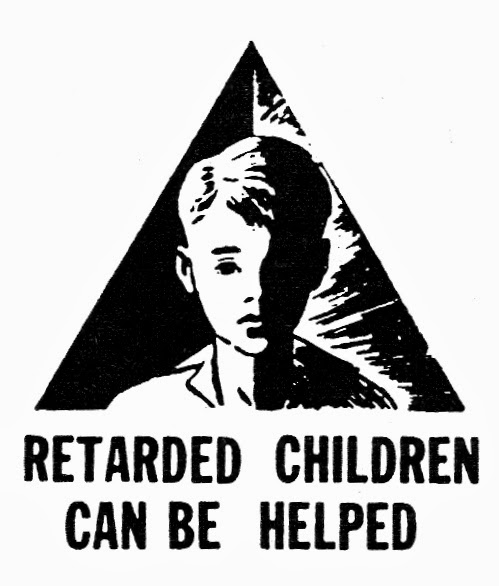 The Most Important Person: I’m The Only Me! (Color, 1972)
“I’m the only me far as I can see” sings a rainbow of children in this animated short from the Most Important Person series. Originally broadcast as part of CBS’s Captain Kangaroo television program, these serial shorts were the School House Rock of self-esteem. Validation is the name of the game for these positively diverse youth.

He’s Mentally Retarded (Color, 1975)
In picturesque suburbia, there’s a new boy on the block, Craig. Craig is a special boy, but his unsympathetic neighbor thinks “there’s something wrong with him.”  Will he learn the error of his ways and grow to accept, and possibly even love Craig?  Do you know anyone like Craig? 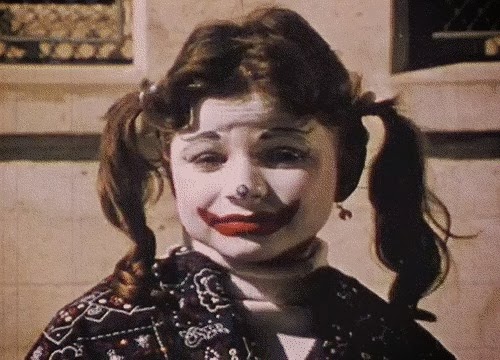 People: Different But Alike (Color, 1970s)
Who better than mimes to reenact the pain of being teased? They gracefully highlight their differences while other mimes mock them, their silence broken by a delightfully reassuring soundtrack.

Who's Different (1986)
One water polo player is quick to bully an effeminate nerd, until he finds out he is going to get kicked off the team if he doesn’t improve his grades. They have a very special confrontation at the school dance. His coach, an African American male, pulls the athlete aside and talks to him about difference and race. Will he learn to be more accepting and end up getting math help, or will his stubbornness land him in hot water with the water polo team? 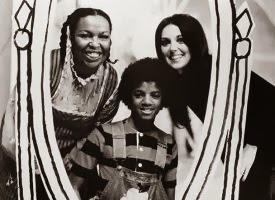 About Free To Be You...And Me
Finding a dearth of positive, modern-thinking children’s literature and programming, Marlo Thomas (That Girl) set out to gather some of the biggest names at the time to teach the new generation of children about race and gender equality, caring, sharing, overcoming stereotypes, self-sufficiency, the validity of boys owning dolls, and the brotherhood of man. First a record, then a book, and in 1974, Free To Be You And Me became an Emmy-Winning television broadcast. With singing, dancing, cartoons and puppets! The magic of Free To Be You and Me was its effortless way of making heavy ideas of feminism, consumerism and understanding palatable and entertaining for children and adult-children alike. 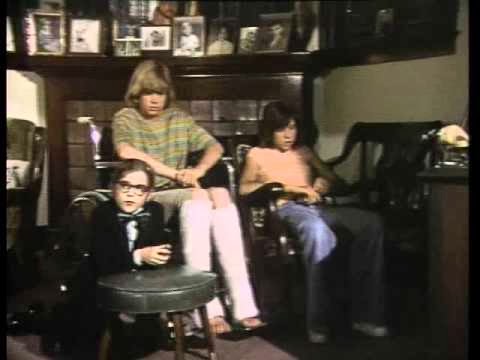 The Pinballs (Color, 1977, excerpt)
ABC After School Special starring 70s tomboy icon and Dynamite Magazine cover girl Kristy McNichol in a heartwarming tale of a tough-skinned foster kid who is bounced from home to home. Fresh from her success playing Buddy on the Family TV show, Kristy was just three years away from her peak in the teen sex comedy Little Darlings. Since the early 90s, she is firmly in the “where are they now” category. “Me an’ Harvey and Thomas J., we’re like pinballs. Somebody came along with a dime, put it in, pushed a button and out we came, ready or not. You don’t see pinballs helping each other now do you? Because they can’t, they’re just things.” Scores an 8 out of 10 stars on kristymcnichol.net. 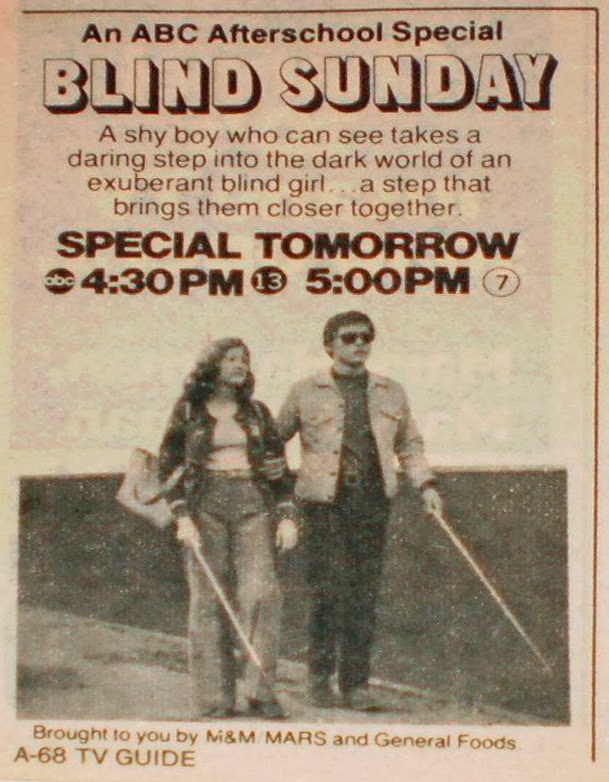 Blind Sunday (Color, 1976)
Another ABC Afterschool Special, directed by TV-movie staple Larry Elikan and starring soap opera stud Leigh McCloskey.  This tender tale of puppy love was directly lifted for the Comedy Central show Strangers with Candy.  It's love at first sight when High-Schooler Jeff sees the beautiful Eileen sitting poolside.  After he learns she's blind, he goes about trying to impress her by "understanding what it's like to be blind" by strapping on blinding-goggles.  Sometimes love makes you learn your lesson, the hard way.


Kat Shuchter is a graduate of UC Berkeley in Film Studies. She is a filmmaker, artist and esoteric film hoarder.  She has helped program shows at the PFA, The Nuart and Cinefamily at the Silent Movie Theater and was crowned “Found Footage Queen” of Los Angeles, 2009. 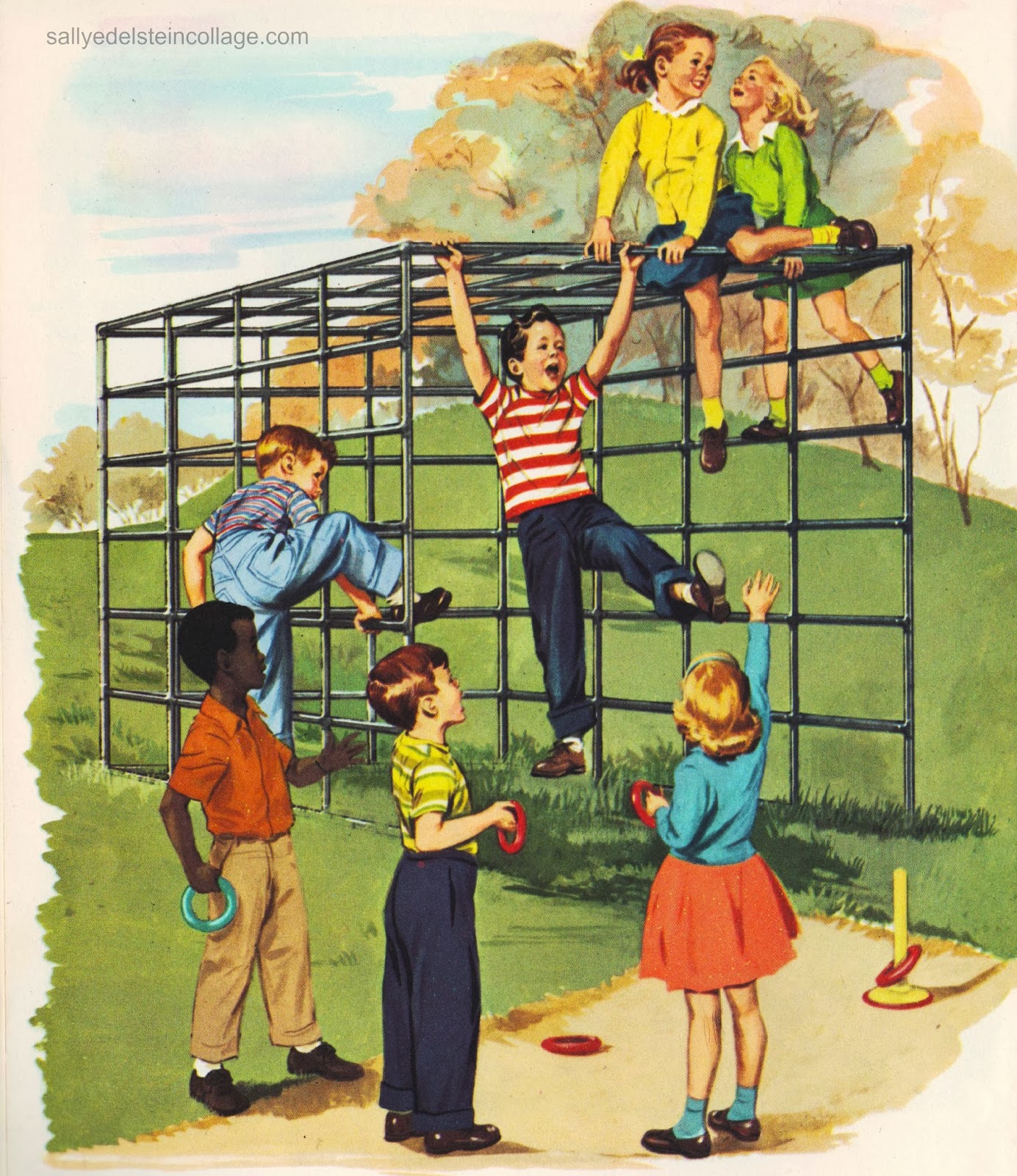