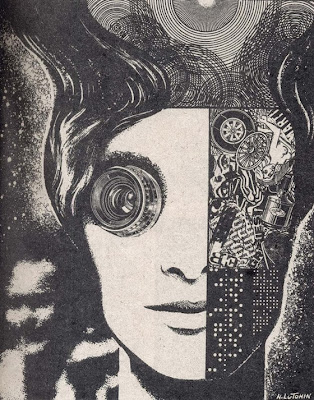 Oddball Films and curator Kat Shuchter present What the F (ilm)?! an evening of some of the most bizarre, hilarious and insane films from our massive 16mm collection. From puppet anger management to rockin' Grandpas, Bergman spoofs, junky dogs and more cine-insanity, this is one night of rare and hilarious head-scratchers you won't want to miss. Grandpa gets bored of the old-age home and signs his soul over to the devil to become a rockin' sex machine in The Old Man and the Devil (1970s). Caninibis: The Junky Dog (1979) is the story of one cartoon dog who loves to get high, even when he's working for the cops. See if you can handle the cliffhanger ending to Pamela Wong's Birthday for Grandma (1977), a quaint yet befuddling look at life in Chicago's chinatown through the eyes of a little girl.  Madeline Kahn speaks mock-Swedish in the hilarious academy award nominated Bergman spoof De Düva(1967).  Nightmare scenarios play out while you're babysitting and then your attacker becomes your teacher in the over-the-top shock-defense film, Self Defense for Girls (1969). Learn how credit can change your life, or just burden you with crap and debt in the bizarre, hilarious and musical The Good, Good, Good Life (1974).  Watch little girls beat their pillows and angry puppets beat each other with baseball bats in Feelings: Don't Stay Mad (1972). The wacky Signal Syntax (1980) will have you watching out for your personal computer, because it might be trying to kill you.  It's a night of cine-insanity too weird to pass up! 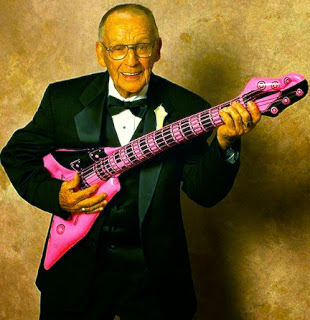 
The Old Man and the Devil (Color, 1970s)
An insanely weird one for the ages, and the aged.  Bored by his daily routine at the nursing home, our septegenarian protagonist sets out for a little adventure and runs into a biker version of Satan.  Grandpa is all too willing to sign over his soul for ladies, swanky clothes and rock n roll fame.  Watch him get a make-over and rock out with his psychedelic band! 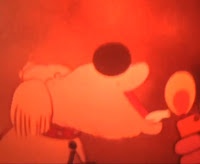 Pamela Wong's Birthday for Grandma (Color, 1977)
It's Grandma's birthday, and little Pamela Wong needs to pick up groceries for mom and a cake for Grandma's birthday party.  Cute, simple and charming, with an ending that very well may drive you insane!  One of A/V Geeks' Skip Elsheimer's favorite educational shorts. 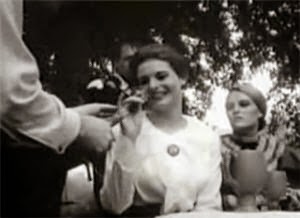 
A screamingly funny, over-the top training film for teen girls. We begin with some terrifying situations for our young heroines, accompanied by slow-motion, exaggerated horror music and some incredible over and underacting. Then, as we are exploring the terrors of the home invasion, the perp suddenly becomes our teacher (accompanied by a Jerri Blank look-alike), and we learn how to take control of any situation!


Feelings: Don’t Stay Mad (Color, 1972)
This bizarre and head-scratching PSA attempts to teach children to deal with their anger. Herky and Goonie are two of the ugliest puppets you may ever see, and they seem to be locked in some sort of domestic abuse situation, although it would seem they are only supposed to be 9 year-old children. Goonie is a belligerent, baseball bat wielding maniac, that none of the kids want to play with, but maybe there is hope if he can learn to not stay mad (and put down the baseball bat). There are also some marvelous scenes of precious little girls screaming and beating their pillows mercilessly. 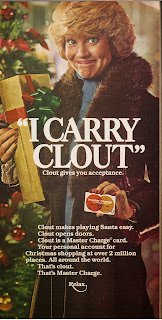 The Good, Good, Good Life (Color, 1977)
Not to be missed, and good enough to be repeated, this tongue-in-cheek look at the American Dream of consumption and debt strikes with humor, music and thought-provoking juxtapositions.  One old man’s family takes it upon themselves to cheer him up after his wife’s death.  They inspire and encourage him to use shiny credit cards to buy many shiny things.