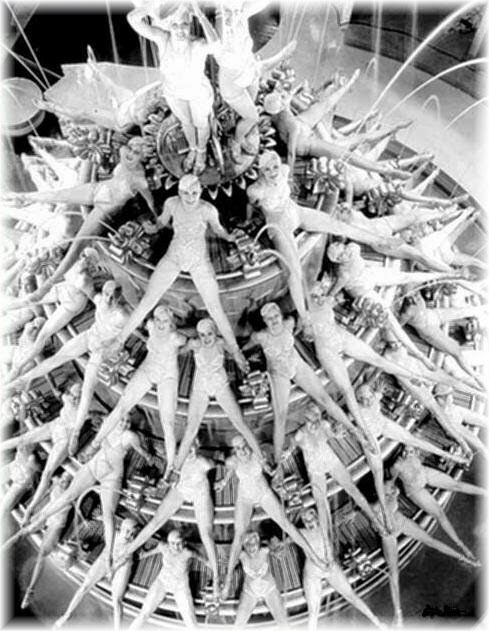 Oddball Films and guest curator Lynn Cursaro present Glamour, Grit and Gams: The 1930s Make a Spectacle of Themselves. Hollywood glitz, newsreels and popular comedy give a mostly light-hearted view of a complex era. Warner Brothers’ much-loved musicals were a bold blend of workaday woes and the fevered vision of dance director Busby Berkeley. We'll feature two stunners: the bluesy My Forgotten Man from Gold Diggers of 1933 and the Surrealist mindboggler, I Only Have Eyes for You from 1934's Dames. A defiant Barbara Stanwyck clashes with rough, pre-stardom Clark Gable in a clip from notorious pre-code Night Nurse (1931). Styles may change, but Filming the Fashions (1933) shows that the male gaze is forever. Alfalfa sings in Bored of Education (1936), an Our Gang favorite. The nutty nuptials in Love, Honor and Oh Boy! (1940s) include a dance marathon wedding. Franklin Roosevelt spares more than a dime in various newsreel clips. Betty Boop makes a spectacle of her lingerie in Any Rags (1932). A frisky vibrator gets the better of Zasu Pitts in Two Ladies in a Turkish Bath (1932). A visit to the dark side of Toontown awaits in Fritz Freleng's sordid He was Her Man (1937). And more! Complimentary homemade treats from the Kurator's Kitchen!  All in 16mm unless otherwise noted. 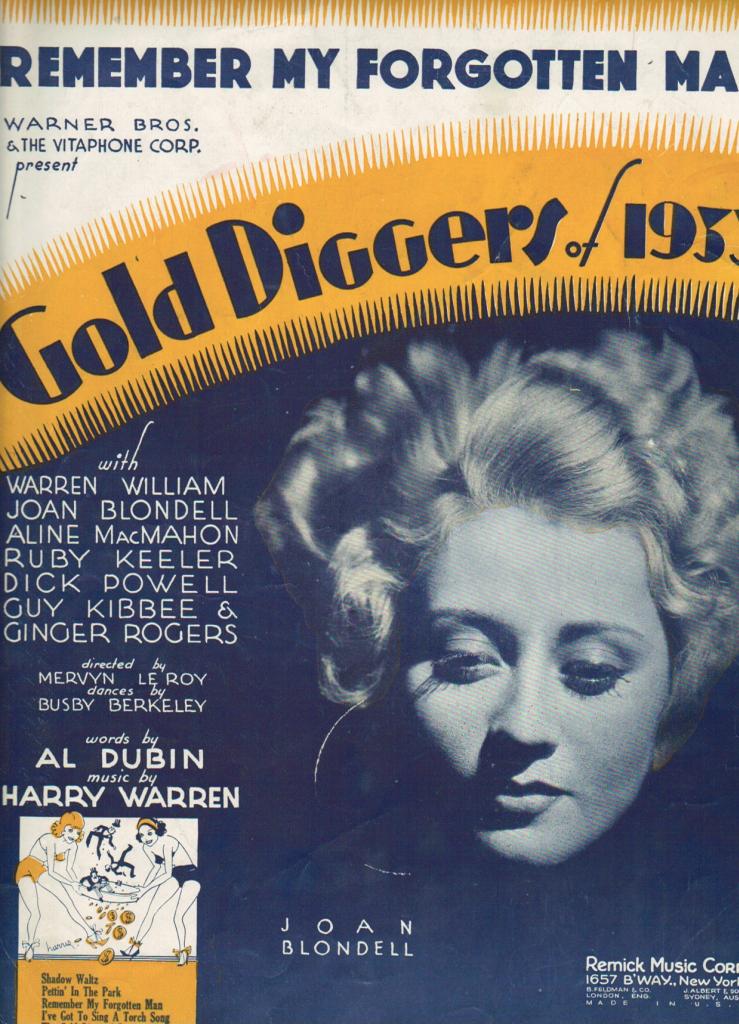 Highlights include:
“My Forgotten Man” From Gold Diggers of 1933 (1933, B+W, digital)
Ripped from 1933's headlines . . . a musical production number? The hundreds of marching soldiers, both in triumph and on the soupline are the center of this politically charged showstopper and perfectly illustrate the grievances of the Bonus Armies of the era.Part torch ballad, part protest song, My Forgotten Man is a heartbreaker but Busby Berkeley style! Warner Brothers mainstay Joan Blondell shares vocals with the brilliant Etta Moten on a stunning Harry Warren and Al Dubin anthem.
Filming the Fashions (1933, b+w, 7 minutes)
Diaphanous gowns, filmy lingerie, skimpy swimwear, $150 dollar a pair stockings! The creations featured are a chic daydream some ladies in the audience might try to emulate. The narration, on the other hand, is strictly from a man's point of view, veering from the natural bemusement at the fickle world of style to a leering appreciation of the female form.

Night Nurse (William Wellman, 1931, B+W, 4 depraved minutes)
Pre-code goddess Barbara Stanwyck stars as a conscientious young nurse on her first assignment. Is she working in a den of drug-fueled evil?  Clark Gable and his fists are gonna to make sure she doesn't find out! Playing brutes helped land Gable on the road to stardom and he fairly bursts from the screen as Nick, the chauffeur. And don't you forget it!
Any Rags? (Fleischer Brothers, B+W, 1932)
When you want a strong female lead, authentic jazz soundtracks and hyper-surreal imagery, you need look no further than the Fleischer brothers, and this trash to treasure classic does not disappoint. The ragman's got eyes for Betty Boop, and if he can make enough money from auctioning off people's trash, he just might win her heart. Watch for Betty's Pre-Code Wardrobe Malfunction! 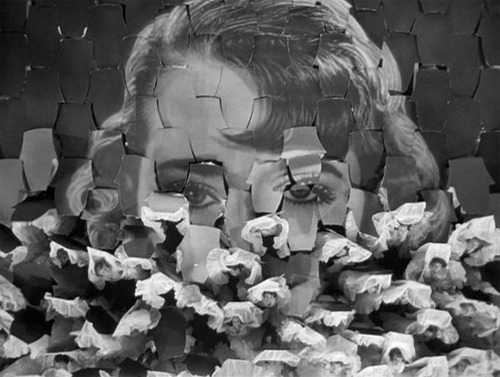 “I Only Have Eyes for You” from Dames (1934, B+W, 11 minutes)
A fantasy world in a subway car! Ruby Keeler is the only girl in the world, but there are hundreds of her in this dreamy landscape, all thanks to Busby Berkeley. From those hundreds, one face emerges, and when Miss Keeler pops out of a giant eye there can be little doubt that notorious dance director Berkeley was something of a Hollywood branch of the Surrealist movement . . . all by himself. A spellbinding excerpt from  Dames.

Bored of Education (1936, b+w, 9 min)
Alfalfa Sings! Popular TV fare for many decades, Hal Roach's Our Gang comedies gave generations of kids a first glimpse of cinema's 30s. Here Spanky and Alfalfa devise a foolproof plan to get out of the first day of school. Too bad the dreaded new teacher turns out to be a charmer who's planning a surprise ice cream party. Will our favorite Rascals miss out?

He Was Her Man  (Fritz Freleng,1937, color, 8 min)
A not-so-Merrie-Melody! In the 1930s even cartoon mice were learning hard lessons about life and gender dynamics. Our heroine sells apples on the street in the snow while her ne’er-do-well drunk of a man lazes.  Her meager earnings just make him meaner.  It’s a domestic drama fit for a feature length drama, and will thoroughly convince viewers of Freleng’s genius.

For early arrivals:
Calling All Girls (1935, b+w, 14 minutes)
An entertainment short with the behind the scenes skinny on what it takes to be in the chorus of a Warner Brothers musical. It’s not for just any girl, you know! Features clips from Wonder Bar, Gold Diggers of 1935 and James Cagney and Ruby Keeler hoofing in “Shanghai Lil” from Footlight Parade.
About the Curator
Lynn Cursaro is a local film blogger. Over the past two decades, she has worked in research and administrative positions a variety of Bay Area film organizations. The monthly picture puzzle on the Castro Theatre is a time-waster of her devising.
About Oddball Films
Oddball films is the film component of Oddball Film+Video, a stock footage company providing offbeat and unusual film footage for feature films like Milk, documentaries like The Summer of Love, television programs like Mythbusters, clips for Boing Boing and web projects around the world.
Our films are almost exclusively drawn from our collection of over 50,000 16mm prints of animation, commercials, educationals, feature films, movie trailers, medical, industrial military, news out-takes and every genre in between. We’re actively working to present rarely screened genres of cinema as well as avant-garde and ethno-cultural documentaries, which expand the boundaries of cinema. Oddball Films is the largest film archive in Northern California and one of the most unusual private collections in the US. We invite you to join us in our weekly offerings of offbeat cinema.