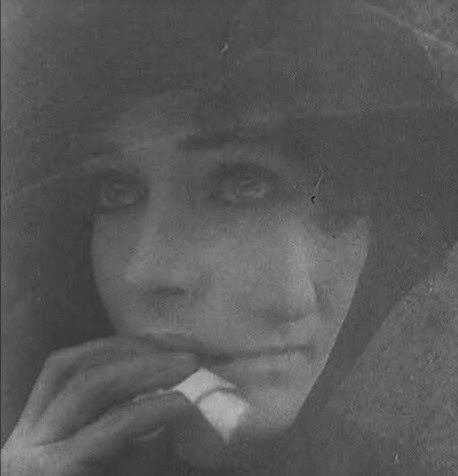 Oddball Films and guest curator Tooth welcome the coming of spring with Silent Spring - Live Cinematic Soundscapes for the Vernal Equinox; a trio of silent cinema shorts with live musical accompaniment. As the weather heats up and the pheromones begin to swirl, we look to a collection of films that explore the fabric of human desire and its powers, both destructive and transcendent.  The night begins with a multi-projector expanded/live cinema piece, by Tooth and accompanying electronic musician Joey Casio. Dream Flowers (1930s) studies, in strikingly gorgeous black and white, the cultivation and production of the opium poppy. The performance will use the visual material of said film as a point of détournement and departure into visions of subjective mysticism and social ritual. French writer Jean Genet's only work as a director, the 1950 silent film, Un Chant D'Amour is a powerful and brooding study of the unrequited passions between two inmates and the guard of a French prison. The film eschews spoken dialogue in favor of a visual poetics of the prisoner's bodies often framed in intimate, almost claustrophobic close up which seems analogous to the tensions of their confinement. Heavily censored and widely banned for many years due to its explicitly homosexual and erotic content (including a series of notoriously embattled local screenings in 1964 by Saul Landau and the S.F. Mime Troupe in which the film was confiscated), it remains a striking work. Russian born French avante-garde filmmaker Dimitri Kirsanoff's earliest surviving work, the masterful Ménilmontant (1926), was profoundly ahead of its time. One of the first narrative silent films to unfold its story entirely without subtitles and employing a wide range of new techniques in rapid montage and multiple exposures to create a visionary and often hallucinatory atmosphere. It follows the story of two sisters, orphaned by a tragedy that opens the film, and their lives, loves, and struggles in the working class neighborhood of Ménilmontant in Paris. Un chant d'amour and Ménilmontant will be scored on cello and electronics by the duo of Angela Roberts and Scott Goff. All films screened on 16mm prints from the archive. 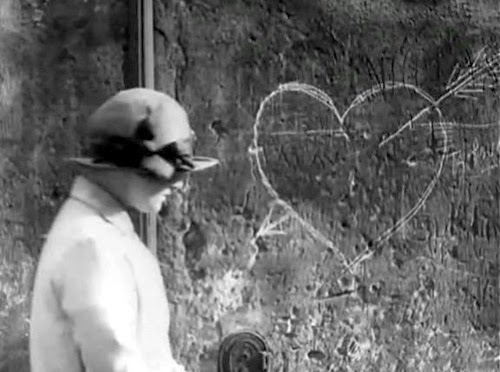 Menilmontant (B+W, 30 min, 1926)
Directed by Russian filmmaker Dimitri Kirsanoff, this early silent experimental film incorporates the narrative of DW Griffith, the editing of Eisenstein and the avant garde aesthetics of Man Ray. This early masterpiece of silent cinema, made without intertitles, relies solely on a simple melodramatic plot, transforming it into a deeply affecting work of cinema with the sheer force of his poetic, visual style. The film tells the tale of a pair of sisters who leave the country for the city after their parents are slaughtered in a mysterious axe murder.

Un Chant D' Amour (B+W, 1950)Director Jean Genet was one of France's maverick artists, a man who exchanged a life of extreme deprivation and degradation for that of a novelist, playwright and poet and became something of an existentialist hero to the likes of Jean Cocteau and Jean-Paul Sartre. Although greatly influenced by the medium of cinema, Un Chant D' Amour is the only film he both wrote and directed. Long championed as one of the most emblematic films in gay cinema, it has unquestionably influenced generations of filmmakers, from the late Derek Jarman to Todd Haynes (his 1991 film Poison is directly inspired by Genet's work). "Un Chant D'Amour" is a hymn to homosexual desire examining two prisoners in solitary confinement as they communicate their desires to one other, principally through a small hole in the wall that separates their cells. They exorcise their frustration and loneliness under the voyeuristic gaze of the prison guard. The dynamic of warder and prisoner, submission and domination, confinement and freedom is explored through these complex relationships. 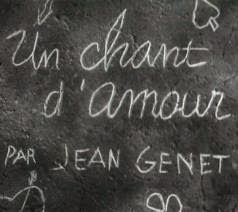 As the only filmic example of Genet's transposition of ideas and writing into images, the rarely seen Un Chant D'Amour may be categorized as a 'film poem' -- an avant-garde work comparable to the films of Jean Cocteau, Kenneth Anger, Maya Deren, and Andy Warhol. Its lyrical evocation of homosexual passion and romance is regarded as one of the most intensely physical films made. Historically limited in its availablility due to the social stigma of its sexually explicit material, much silence and confusion surrounded this hidden treasure; thus it has become the most famous gay short film in European history.

Un chant d'amour and Ménilmontant will be scored on cello and electronics by the duo of Angela Roberts and Scott Goff.
http://soundcloud.com/angela-k-roberts/sets/angela-roberts-scott-goff 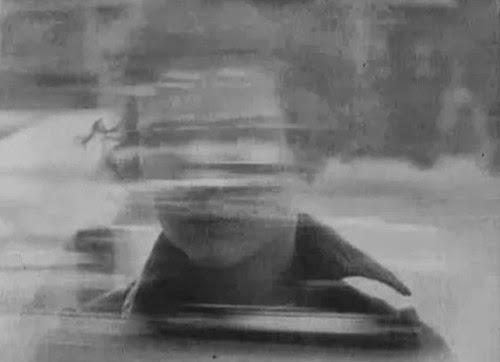 About the Curator:
Tooth is an Oakland based filmmaker and artist whose primary labour of love is maintaining the microcinema/archive Black Hole Cinematheque where he hosts free weekly presentations of a wide range of moving image and performance works.
http://blackholecinema.wordpress.com/