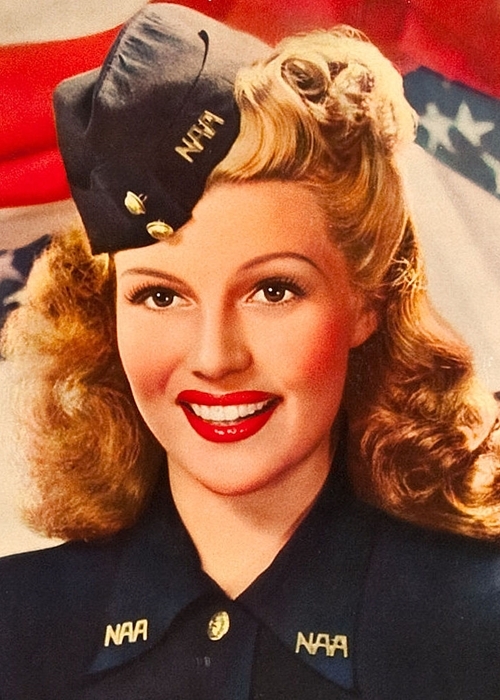 Oddball Films and guest curator Lynn Cursaro present: Hollywood Smashes Hitler! Propaganda-tainment from WW2 featuring a smattering of 16mm delights from the 1940s. During the big one, the Hollywood homefront pitched in big time! Silver screen stars served and those who didn’t signed on to support the war effort in their special way. Filmlanders shilled for war bonds in the glittering All Star Bond Rally (1945) featuring Bob Hope and Carmen Miranda. Frank Sinatra shines as a potent symbol of tolerance in the musical short The House I Live In (1945). Director Fred “High Noon” Zinneman reminds us that refugees are people, too in The Greenie (1942). Kookie novelties such as In Current Events kept the message light with live action talking animals. Cartoons doled out info to both GIs in Pvt SNAFU Vs. Malaria Mike (1944) and the public at large with Meet John Doughboy (1941). The USO could count on manic Betty Hutton in The Stork Club (1945) and crafty comic strip pals Nancy and Sluggo Doin' Their Bit (1940s) to lend a hand. And MORE! Home-baked carrot cookies and other Victory treats while they last! Get those bandages rolled early and come on down!

Highlights include:
The House I Live In (Mervyn LeRoy, B+W, 1945)
Tolerance and well-aimed hatred are both preached in this slick mini-musical. When Ol’ Blue Eyes catches a group of overgrown moppets chasing down a Jewish kid, he rechannels their bullying energies toward the real enemy. Lyricist Abel Meerpol, who also gave us the anti-lynching ballad Strange Fruit, was outraged when he saw this film. Besides the straightforward jingoism, and entire verse of the song was omitted for containing the phrase “and all my neighbors black and white”.

When the world’s cutest Polish refugee lands in the Lower East Side, the other kids don’t know quite what to make of him. He talks funny, hides when sirens wail and can’t play ball. What gives? MGM’s touching plea for acceptance was directed by Austrian-born Fred Zinneman, who would explore the WWII experience throughout his career in such films as From Here to Eternity and Julia. Featuring the sweetest stick ball game you’ll ever see!


In Current Events (B+W, 1940s)
We could've kept sweet little woodland creatures out of the conflict with the Axis powers, but why?! Live action critters with cleverly animated mouths crack wise while the narration compares them to the Axis leaders.  Hey, is that Hirohito scampering up that tree? Cute, repellant and just plain strange, the takeaway message from this goofy bit of patriotism? Bacon fat helps keep our men fighting, so keep it coming, America!

Highlights from The Stork Club  (Hal Walker, B+W, 1945)
Betty Hutton, Hollywood’s “Incendiary Blonde”, was solid singer, dancer and comedienne and her madcap girl-next-door persona hit the right note for wartime. In this excerpt, she highlight, she tears up a USO canteen with an exuberant rendition of Hoagy Carmichael’s “Doctor, Lawyer, Indian Chief”, her chart-topper from June, 1945. If you don’t know her already, don’t miss a chance to find out why Bob Hoped called her “a vitamin pill on two legs”.

Coal Black and the Sebben Dwarves (Robert Clampett, Color, 1943)
Yes, it’s one of the “Censored Eleven”, the cartoons Warner Brothers withheld from distribution. It’s not hard to see why: it’s a blackface send up on Disney’s Snow White with a racy and racist tone. Said to be inspired by African-American actress Ruby Dandridge’s suggestion to Bob Clampett that he make a musical cartoon with an all black cast, it has a strangely patriotic twist to it. Not only are the “sebben dwarves” GIs, our fairy tale heroine is actively helping with the war effort and the evil queen is a that most-reviled of homefront baddies, a black marketeer! It also provides another example of carefully compartmentalized racism, making clear who the real enemy is, sort of. No word on what Dandridge (actress Dorothy’s mom!), who provides the voice of the flamboyant villainess, thought of the final product.

Pvt. Snafu vs. Malaria Mike (Chuck Jones, B+W, 1944)
Keep those pants up, Private Snafu! A cunning mosquito is loaded with malaria and he’s eying your USDA choice rump! The witty Private Snafu series was designed to convey vital information to servicemen who had wildly varying levels of education and literacy skills. Made by the folks who brought you Looney Tunes, this one was written by Theodore Geisel, a/k/a Dr. Seuss! Also from Warner Brothers: Robert Clampett's Meet John Doughboy, released more than 4 months before the attack on Pearl Harbor, makes a surreal case for war readiness.

All Star Bond Rally (Michael Audley, B+W, 1945, excerpts)
In recent years, the nation has proven it can wage war without Bob Hope, but for decades it seemed unthinkable! Here Hope does his best to get Mr. and Mrs. America to invest in freedom at a hundred bucks a pop. Hollywood pinups such as whacky Carmen Miranda and luscious Linda Darnell come to life to flirt with shocked servicemen in a saucy montage sequence.

Nancy and Sluggo Doin’ Their Part (B+W, 1940s)
Our favorites from the funnies get down to the serious business of raising funds for the USO. Sluggo comes up with a suitably money-making schemes of all and all the gang joins in! 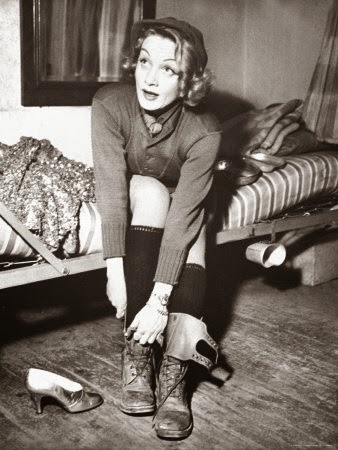 For an enterprise involving so much metal and machinery there certainly is a lot of sewing! Many of the skills women have naturally are needed for the nation's defense. Tiny ball bearings and other precision instruments need the touch of well-manicured feminine hands. Or at least this is what the narration, written by Eleanor Roosevelt and read by a very Katharine Hepburn-sounding Katharine Hepburn, would have you believe.

About the Curator
Lynn Cursaro is a local film blogger. Over the past two decades, she has worked in research and administrative positions a variety of Bay Area film organizations.  It is one of her most bitter regrets that she was born too late to save bacon fat for the war effort.