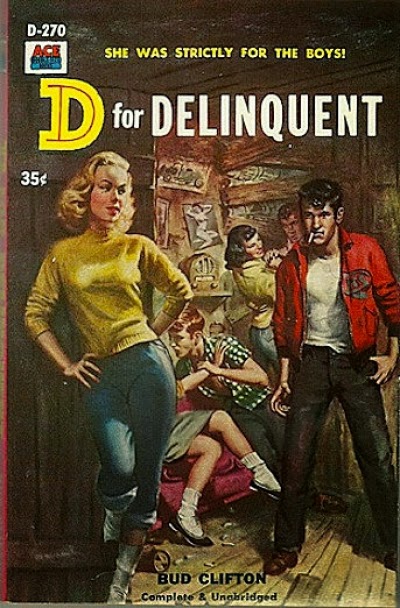 Oddball Films and curator Kat Shuchter present Learn Your Lesson...Juvenile Delinquents - A Rebellious Shockucation, the fourteenth in a series of programs highlighting the most ridiculous, insane and camptastic educational films, mental hygiene primers and TV specials of the collection.  This month we are taking on those teenaged hoodlums that shoplift, vandalize, do drugs and wield knives.  The RKO Screenliner Teenagers on Trial (1955) warns parents and teens alike that overcrowded classrooms, vacant parenting and societal pressures can all lead kids down a road of juvenile delinquency. William Shatner sets the kids straight about Graffiti (1974) and encourages them to make Mission-style murals instead.  One teen boy has got all the answers about shoplifting, until he ends up at the police station in Caught in a Rip-Off (1974).  Richard Widmark narrates the classic mental hygiene scare film Boy With a Knife (1956).  Fat Albert and the Cosby Kids find out that even stealing a delicious candy bar is wrong and worth narcing about in Take Two, They're Small (1975). Tragic figure Sal Mineo knows the pressures on teens to fit in, but warns that taking acid is nothing more than a "kick in the head" in the appropriately psychedelic trip LSD: Insight or Insanity (1967).  And in McGruff on Personal Property (1987), McGruff the crime dog barks about respecting other people's property and (as always) narcing on your vandal friends.  In Jojo's Blues (1982), directed by Peter Wallach, Jojo is just a claymation puppet that wants to belong, but the initiation rites in the local gang are at too high a price to pay.  Plus, a heartwarming excerpt from Scott Baio's very first Afterschool Special, Luke was Here and more JD surprises in store, it's a great time to learn your lesson!


Graffiti (Color, 1974)
Canadian thespian William Shatner berates the kids for their mindless vandalism of public property in this educational film, aimed “squarely” at the Junior High set.  I guess times were tough between gigs…

Caught in a Rip-Off (Color, 1974)
Teen scare film demonstrates the kind of trouble a little innocent shoplifting can bring. You will need a coupon for that five finger discount on spray paint, young man, or you'll have to run through the parking lot in painfully slow-motion!

Take Two: They're Small (Color, 1975)
Fat Albert and the Cosby kids hide out in a department store to stay out of the rain and Justin gets goaded into shoplifting candy.  Fat Albert's guilt begins to eat him alive and he just has to narc on his buddy.  Will the whole gang find out why shoplifting is wrong?

McGruff on Personal Property (Color, 1987)
Everybody's favorite crime-fighting man in a dog-suit explains the basics of personal property and vandalism to kids.


Jojo's Blues (Color, 1982)
Peter Wallach directs this claymation tale of peer pressure.  Jojo wants to get in with the hip gang of boys, but when he's pressured into vandalism, he's not sure that the gang is all it's cracked up to be. 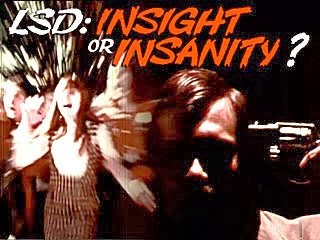 LSD: Insight or Insanity? (Color, 1967)
Sal Mineo narrates this trip-adelic anti-acid scare film.  We begin with a bunch of groovy teenagers, doing whatever hairstyle or game of chicken they need to do to be cool.  When that includes the kick of LSD, you better get ready for "the end of your life kick; a kick in the head."  Swingin' chicks, hot hot-rodders and tons of psychedelia make this one hell of a trip!
Teenagers on Trial (B+W, 1955)

An RKO Screenliner "documentary", Teenagers on Trial illustrates the endless ways that youth can get wrapped up in trouble in contemporary society. Whether it’s overcrowded schools or overworked parents, this film shows the causes of delinquency and the ways it can be remedied through a campy dramatization of a young man stealing a car. 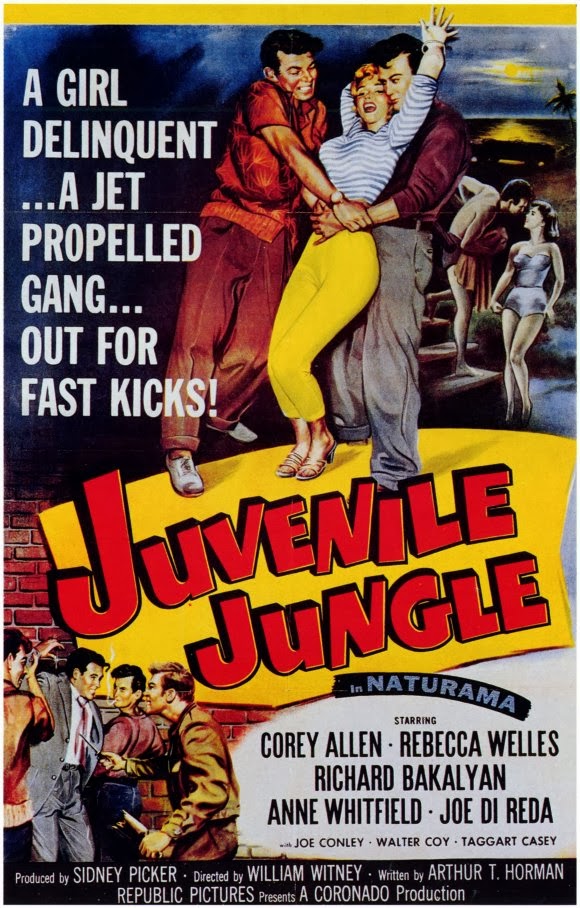