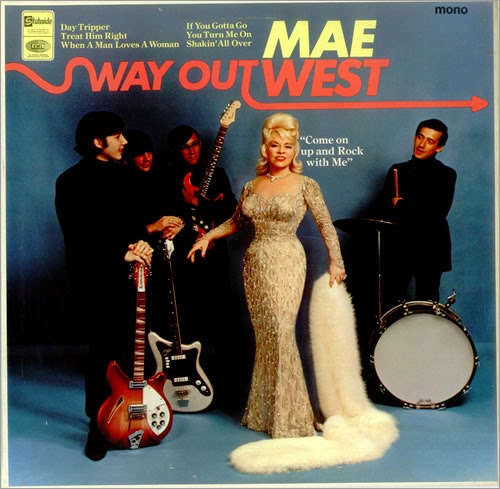 Oddball Films presents Mae West, Young Man! a night dedicated to the beauty, brains and belly laughs of one of the most entertaining comediennes in history. Mae West was more than a beautiful buxom blonde, she was a quick-witted and gifted comedienne that often wrote her own snappy dialogue including some of the best one-liners of all time.  The centerpiece of the evening, I'm No Angel (1933) is a racy romantic musical comedy starring West and Cary Grant. Mae West sizzles as Tira, a down-on-her-luck circus performer who must face death by putting her head in a lion's mouth to find fame, and face even more dangerous situations to find true love.  Her sharp tongue and bodacious curves light up the Big Top in this raucous Pre-Code feature that Mae wrote herself. Filled with more than enough hilarious zingers and sexual innuendos to have you quoting Miss West for weeks to come.  Before the feature, we will be screening West's strangest television appearance as she plays herself in Mae West Meets Mr. Ed (1964). And if you just can't get enough Mae, come early (7:30 pm) for a comedic look at her stellar career in an ultra rare episode of Wayne and Shuster Take an Affectionate Look at... Mae West (1965). Come on up and see the wit, beauty and talent of the incomparable Mae West! 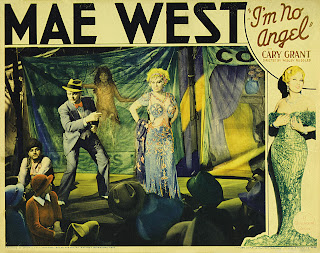 "Well, it's not the men in your life that counts, it's the life in your men."

A fabulous (and racy) Pre-Code circus comedy starring the hilarious and voluptuous Mae West and Cary Grant.  Mae West shines with all her sass and showmanship playing a sideshow beauty that hits it big and finds fame as Tira: The Incomparable, a Circus Performer that sings, rides elephants and tames lions with a whip and a gun. Her claim to fame is her death-defying act of putting her head in a lion's mouth, along with her killer bod and biting tongue. Always saucy, Mae West truly is “incomparable”, and to prove it, she even wrote the film.  Directed by Wesley Ruggles and considered to be one of the best films (if not the best) of Mae West's career. 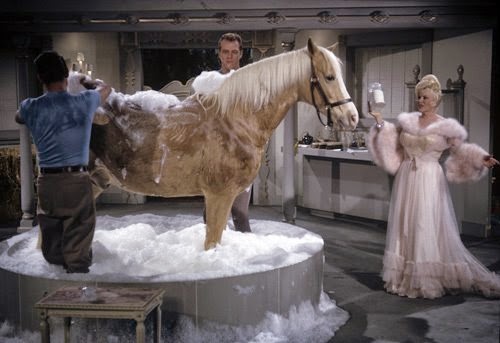 Wayne and Shuster Take an Affectionate Look at Mae West (1965) Wayne and Shuster were a Canadian comedy duo that had a brief summer series extolling the virtues of the kings (and queen) of comedy.  The series combines commentary, comedy and documentary to salute the funniest of the Blonde Bombshells and the only woman to be profiled by the short-lived show.