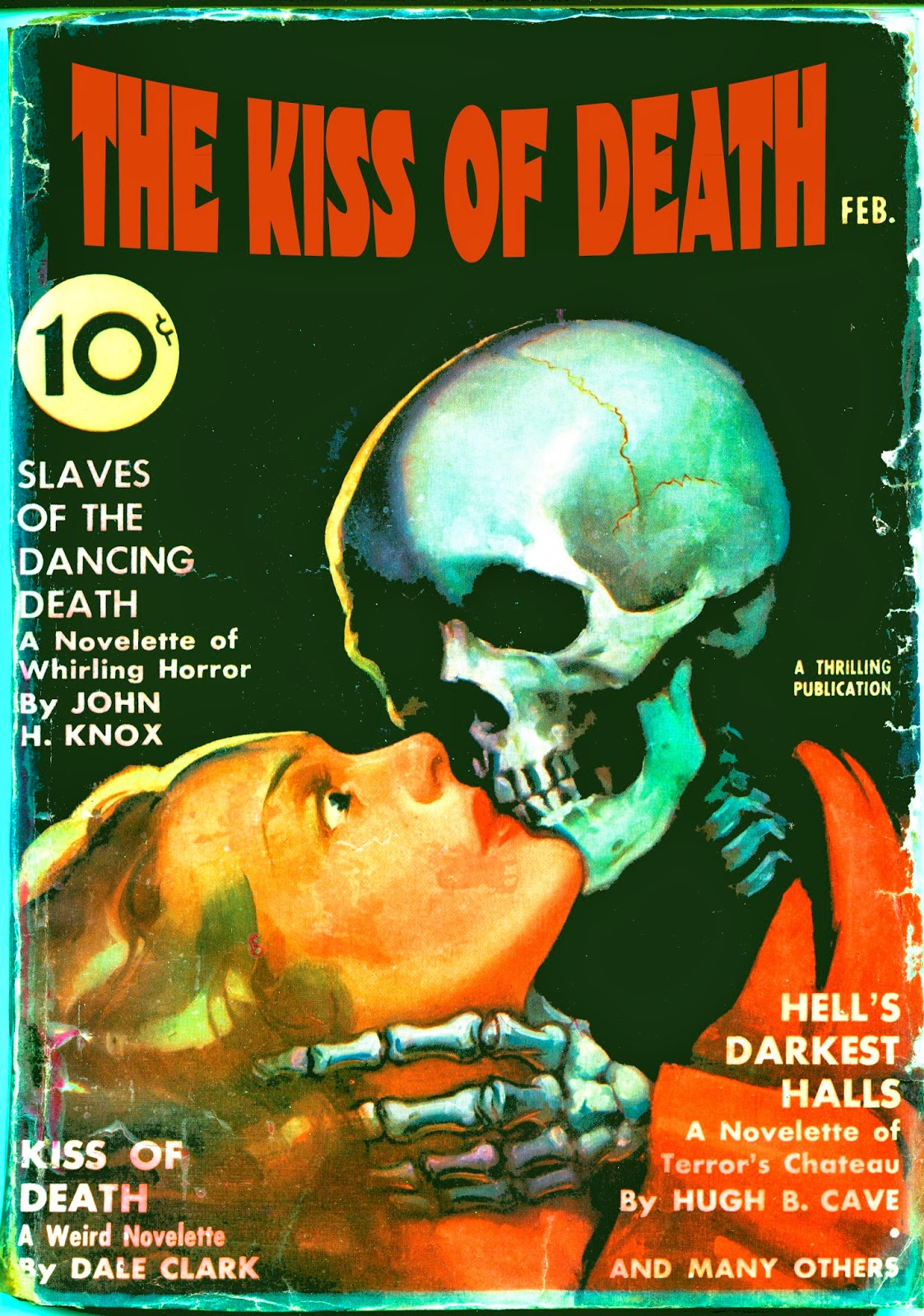 Oddball Films and curator Kat Shuchter present The Kiss of Death - A Menage a Murder, a program of 16mm films about the dark side of love and the romantic side of death in honor of Friday the 13th. It's a chilling and thrilling night of obsession, infidelity, and homicide all lovingly culled from the archive and starring Alfred Hitchcock, Dean Stockwell, Orson Welles, Peter Cushing and Susannah York with adaptations of works by Patricia Highsmith, Ambrose Bierce, Edgar Allan Poe and Honore de Balzac. Dean Stockwell stars in an epically creepy episode of The Alfred Hitchcock Hour - Annabel (1962), based on a Patricia Highsmith story and adapted by Psycho screenwriter Robert Bloch.  Stockwell's obsession for his ex-girlfriend leads to lies, double lives, stalking, murder, and an unbelievable ending.  And from one Annabel obsession to another; Edgar Allan Poe's melancholic love poem Annabel Lee (1971) evokes the ghosts of lost love. Peter Cushing and Susannah York star in a disturbing (and super rare) Balzac adaptation La Grande Bretèche (1973) from Orson Welles' Great Mysteries. From Robert Enrico comes the brilliant (and Oscar-winning) adaptation of Ambrose Bierce's haunting tale about the final romantic thoughts of a condemned man, An Occurrence at Owl Creek Bridge (1962).  Plus, Grant Munro's blood-sucking anti-smoking short Ashes of Doom (1970), excerpts of The Devil (1920s) French silent smut starring Satan himself, the outrageous James Thurber adaptation Mr. Preble Gets Rid of His Wife (1981) for the early birds, and more surprises. Bring someone you love, or someone you'd like to murder. 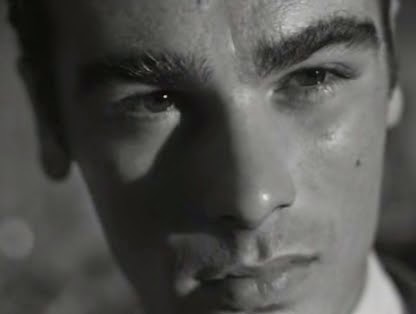 Annabel - The Alfred Hitchcock Hour (B+W, 1962, Paul Henreid)
This masterfully creepy episode of the Alfred Hitchcock Hour was directed by Paul Henreid (Dead Ringer), penned by Psycho scribe Robert Bloch, and based off a short story by Patricia Highsmith (Strangers on a Train, The Talented Mr. Ripley).  Dean Stockwell stars as a man living two lives; a common theme in Highsmith's work.  During the week he is David Kelsey, a bachelor chemist living with a buddy and burning toast.  On the weekends, he retreats to his country home where he has meticulously planned and laid out the dream home for his dream girl, Annabel (Susan Oliver).  The only problem is, Annabel is married to another man, and has no interest in David at all. She rebuffs every call and present, but his obsession only magnifies. David has been living so long with the delusion of his life with Annabel, when reality finally confronts him and his lies unravel, tragedy and brutality soon follows. 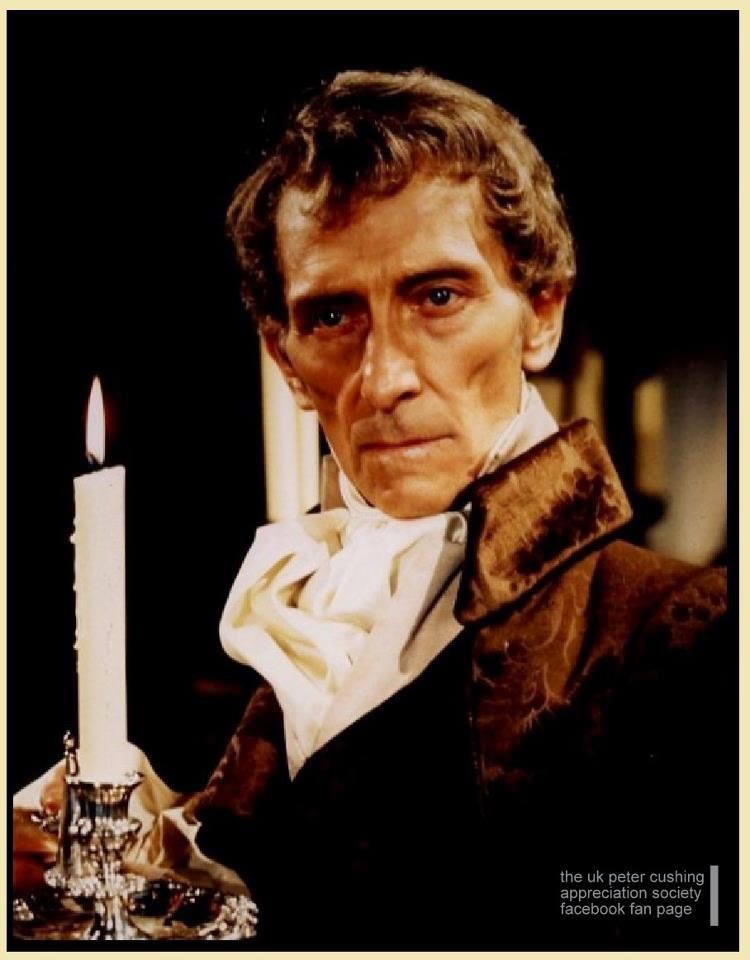 La Grande Bretèche (Color, 1973)
Another all-star (and super rare) thriller, this time from Orson Welles' Great Mysteries.  This spine-tingling tale is based off a story from Honoré de Balzac in which the great Peter Cushing plays a 19th century business man who returns home to find his wife (Susannah York) acting suspiciously.  Even as she swears no one is with her (especially not her Spanish lover), noises begin to emanate from the closet.  This prompts Cushing to have the closet bricked up and the man buried alive inside! Never released on home video. An Occurrence at Owl Creek Bridge (B+W, 1962, Robert Enrico)
Robert Enrico's Cannes and Oscar-winning adaptation of Ambrose Bierce's haunting tail of a Confederate soldier about to be hanged for the crime of defacing the very bridge he's to be executed off of.  As he nears the fatal moment, he thinks back to his lovely wife and his homestead; a breathtaking romantic fever dream of a condemned man. As his noose snaps and he plunges into the water, he immediately attempts an escape towards the loving arms of his wife... or does he? The second in a trilogy of Ambrose Bierce civil war stories, this film has the added distinction of being the only foreign film ever aired as an episode of The Twilight Zone (in 1964).  Breathtaking cinematography and an intricately-layered soundtrack make for an unforgettable experience.

Annabel Lee (Color, 1971, Arthur Evans)
Edgar Allan Poe's tragic love story is recited over the haunting image of a young girl forlornly walking an empty beach.  As the words circle back upon themselves, so do the waves, and with deft editing, so do the fragmented images of the ghostly memory of lost love. Directed by Arthur Evans, music by Les Baxter (who also scored Roger Corman's Poe adaptation The Pit and the Pendulum). 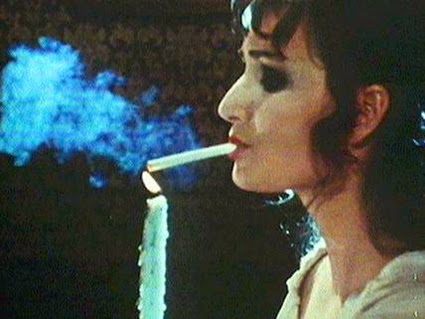 Ashes of Doom (Color, 1970, Grant Munro)
A vampiric take on an anti-smoking short from the National Film Board of Canada and the fertile mind of Grant Munro. As one woman awaits the inevitable arrival of her bloodsucking suitor, she chain smokes anxiously.

The Great Big Saw Came Nearer and Nearer (B+W, 1944)
A sexist and comedic Soundie featuring Cindy Walker getting terrorized by a beau who will saw her in half unless she marries him! Cowboy soundie stalwart Red River Dave stars our evil villain.

The Devil  (B+W, circa 1920’s, silent, excerpt)
Silent smut from France! It's just another picnic dans le foret for a sextet of tender nymphs, scampering and splashing au naturel in a gentle stream. That's until les juenes filles are interrupted in their frolics by the theatrically turned out Horned One, who might just have escaped from a Méliès short. The usual stag film action ensues, but the vintage beauty of this sex film makes it a devilish winner.

Mr. Preble Gets Rid of His Wife (Color, 1981, Ellen Hovde and Muffie Meyer)
A wry and outrageous adaptation of the James Thurber story of marital unrest and the perennial battle of the sexes.  Mr. Preble wants to run off with his secretary, but figures his wife will never grant him a divorce, so he hatches a plot to get her down in the cellar and get rid of her once and for all; but Mrs. Prebble just might have a murderous plot of her own up her sleeve. Winner of a Cine Golden Eagle and directed by Ellen Hovde and Muffie Meyer, editors and co-directors of the cult classic Grey Gardens.