How to do Everything: Absurd Instructional Films - Fri. Mar. 27 - 8PM 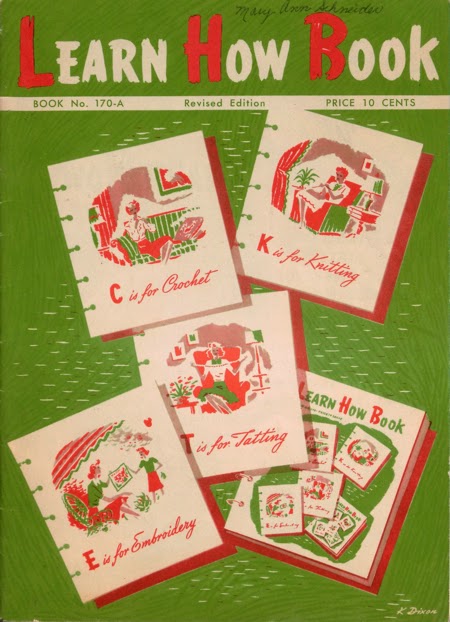 Oddball Films and guest curator Christina Yglesias bring you How to do Everything: Absurd Instructional Films. If you've always wanted to know how to impress your friends with some advanced trampolining, you still struggle with how to use a calendar, you want to be pretty, or you just can't get your dog to do a back flip, this show is for you. Hailing from the 50's, 60's, 70's, and 80's these wacky, funny, and absurd instructional short films will be sure to entertain and educate. Let the spandex-clad singers of the Calendar Control Center in Calendar: How to Use It (1982) help you make sure you'll never show up a day late for a birthday party ever again. If you were too embarrassed to ask, a slightly creepy doctor and his pretty patients will give you probably outdated health information in How to Examine your Breasts (1975). Get avant-garde with How to Make a Movie Without a Camera (1972). Protect yourself from germs with a lost educational animation How To Catch A Cold (1951) from Disn*y. In How To Protect Your Bike (1973), the bell bottom-wearing youth of Santa Monica show the wrongs and rights in keeping your bike safe from lowlifes like Creepo, the most successful bike thief of them all. Things will get a little surreal in Trampoline Fundamentals (1961) with slo-mo backflips and babes in all white. Learn how to set boundaries with more kids in bellbottoms in How to Say No (1976). Learn how to force your dog to do cute stuff with the old-fashioned methods in Teach your Dog Tricks (1951). So You Want to be Pretty? (1956) is a true Oddball gem about plastic surgery gone so right that it turns things wrong between a husband and wife. This hilarious short is a comical and insane take on beauty, (in)fidelity, and marriage. Early comers will get to see How to Crack the Establishment Without Losing Your Identity (1960's). Come and learn a few things you never thought you needed to know.

Trampoline Fundamentals (Color, 1961)
Slo-mo babes in all white teach us the fundamentals of advanced trampolining. With a step by step break down of front bounces to back flips, this film is way more surreal than it ever intended to be. 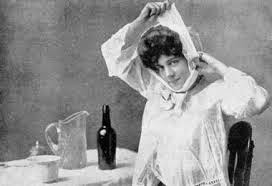 So You Want to be Pretty? (B+W, 1956)
In this absurd comedy, a husband and wife are so repulsed by each other's ugliness that they can't even bear a polite kiss goodbye (they settle for a handshake instead). In an act to save their marriage, they both secretly seek plastic surgery. The transformations go so well that things quickly go wrong for the newly beautiful pair. A true Oddball gem. 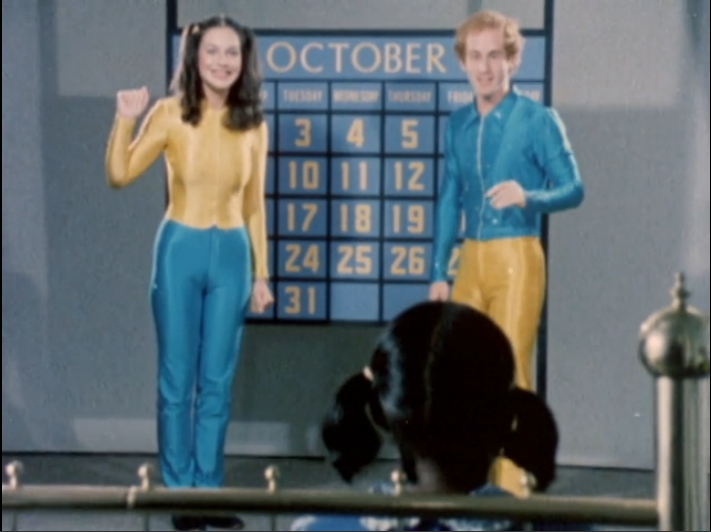 Calendar: How to Use It (Color, 1982)
Poor Karen shows up to Doug's door, wrapped present in hand, only to find out it's the day after his birthday party. She goes home and wistfully wishes, "If only I knew how to use a calendar." That's when the spandex-clad people in her wall calendar come alive and invite her into the "Calendar Control Center." There, they sing catchy educational songs about how tell one day from the next. 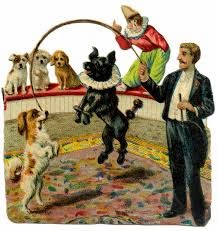 Teach your Dog Tricks (B+W, 1951)
In these days, when a man invites your young daughter back to his house to show her how to train a puppy, we might call the SVU, but in this trip back to 1951, no horrors ensue, just tons of adorable terriers doing tricks, first simple commands, then some more advanced moves and a tiny dog swarm two-dozen deep! 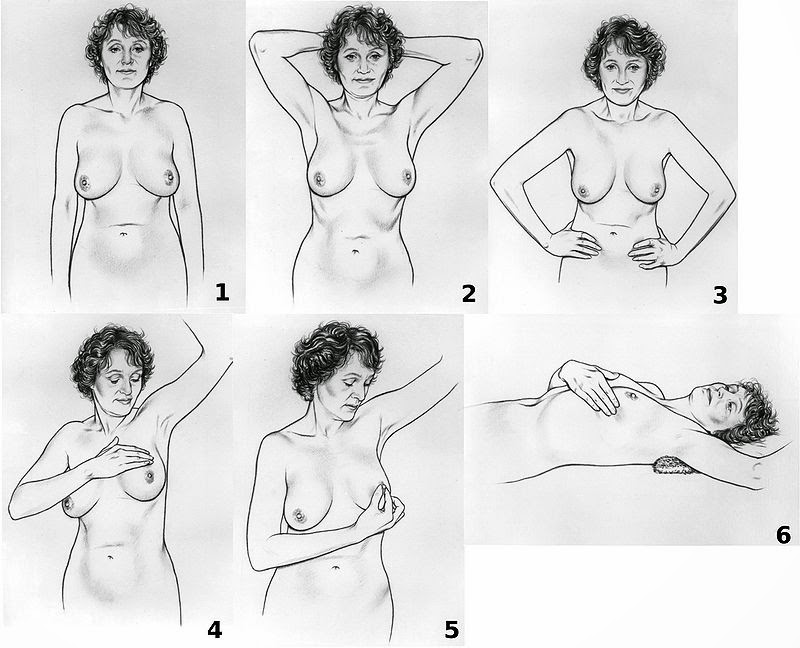 How to Examine your Breasts (Color, 1975)
A hands on look at how to perform a Breast Self Exam, brought to you by the American Cancer Society and a slightly creepy male doctor.

Taking a cue from Stan Brakhage, Len Lye, and other avant-garde film makers, Michael and Mimi Warshaw encourage kids to make beautiful movies by scratching and drawing directly on film. Using just these simple techniques and a catchy soundtrack, the Warshaws show that it doesn’t take a big studio budget or an all-star cast, or even a camera to make a great film.

How To Catch A Cold (Technicolor, 1951)
A highly entertaining PSA in lovely Technicolor, produced as a collaboration between Kleenex (not yet a household name, let alone a genericized product) and Disn*y.  Distributed freely to schools, it was seen by millions in its day, but now qualifies as a lost treasure.

How To Protect Your Bike (Color, 1973)
Kooky film by the legendary Sid Davis about protecting your precious chopper from thieves, made with the cooperation of the Santa Monica PD. Filmed on and around the Venice Board Walk in Santa Monica, kids learn the do's and don'ts of bike security. All the while, Creepo, the worst bike thief in town lurks in the shadows. Learn all the tricks!

How to Say No (Color, 1976)
Do you ever find yourself giving rides to acquaintances who take advantage of the fact you're the only one with a car? Do you do your friends homework even though you really don't want to? How to Say No will help you learn why we say yes when we don't mean it, and ultimately, how to say no diplomatically. 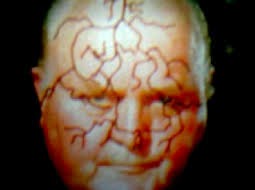 For the Early Birds:
How to Crack the Establishment Without Losing Your Identity (Color, 1960's)
In the 1960s radical culture a “plastic” person was considered shallow and soulless. Not to be outdone by the social politics of its time the Plastics Education Foundation (Wha?) sponsored this mind-boggling display of protest demonstrations and 60s rock bands, cut up with stupefying surfers, NASCAR races and even spaceflight to give our youth a helping hand as they journey into the material world of petroleum based industrial culture. A laugh riot! 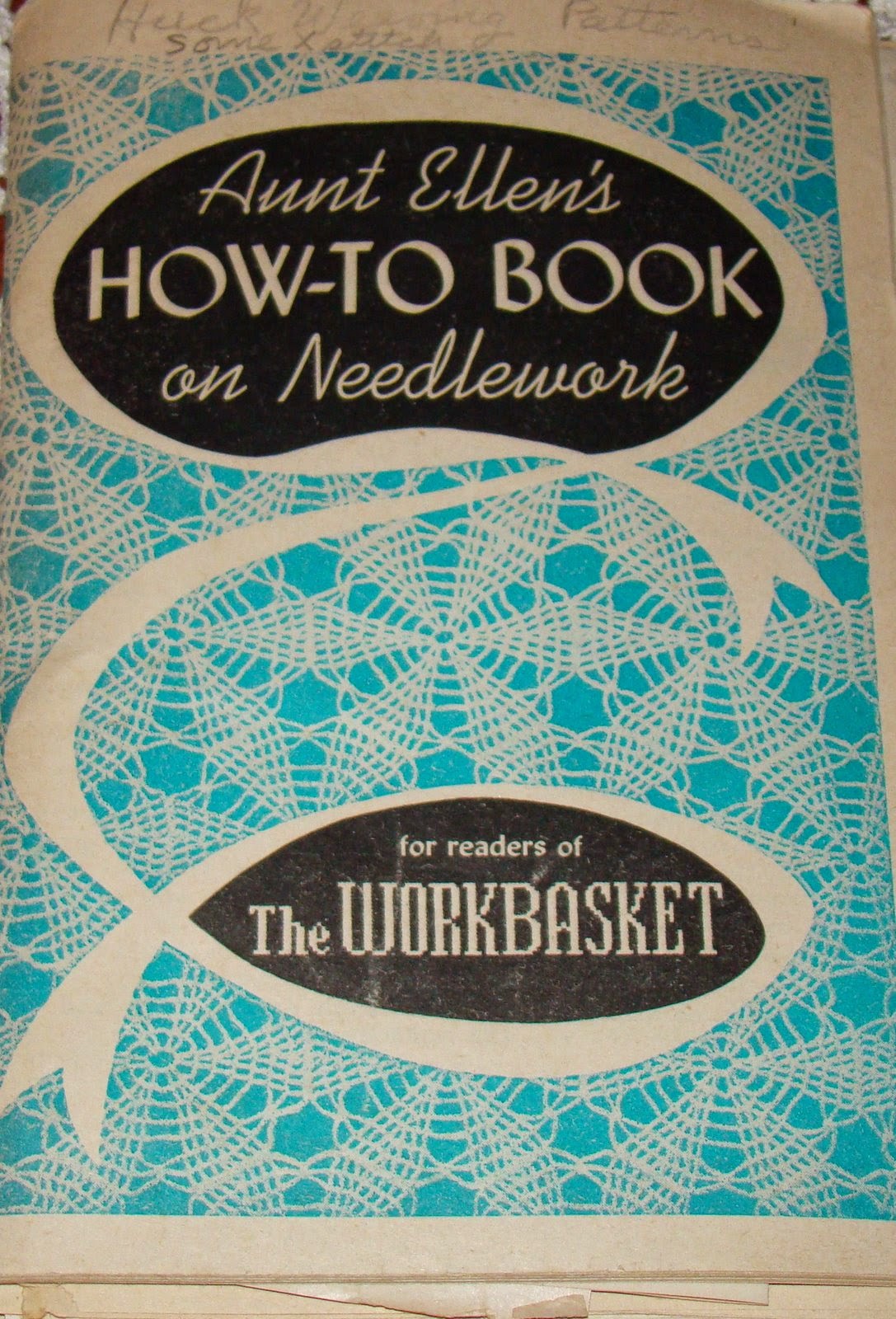 Curator's Biography:
Christina Yglesias is an artist hailing from Oakland. She holds a bachelors degree in Intermedia Arts and Studio Arts from Mills College. She is a former Oddball intern, a professional media-er, and an aspiring film nerd.