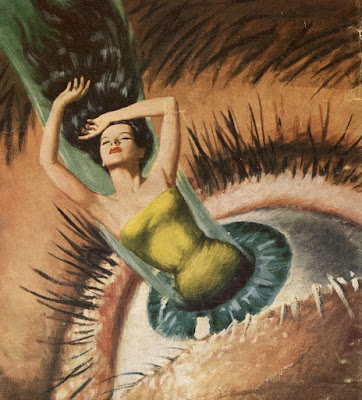 Oddball Films presents Altered Realities - Inside the Mind's Eye, a night of 16mm films from a variety of genres including animation, documentary and scare films that document and induce alternate states of consciousness.  From past life hypnotherapy to a 60s LSD trip to the melting mind of a schizophrenic; this is one night that will have you out of your mind. Go under hypnosis and seek out your past lives with The Bloxham Tapes (1978).  These actual recordings (and the re-imagined reenactments) of the hypnosis sessions of Arnall Bloxham reveal the kind of uncanny details that lend to the belief in reincarnation, or are they merely implanted memories in suggestive people.  Delve into Le Monde Du Schizophrene (The World of the Schizophrenic, 1969) a super-surreal, Salvador Dali-like film produced by the Sandoz Pharmaceuticals (Makers of drugs as LSD).  Head on the trip of your life in the Sid Davis drug scare film LSD:Trip or Trap? (1967) featuring a wild LSD party with disastrous results. See the fervor of faith that leads one Pentecostal congregation to speak in tongues and handle snakes in an excerpt of Peter Adair's Holy Ghost People (1967). Plus, two very different surreal and psychedelic animated shorts to hypnotize and draw you into your own trance state: Norman McLaren's lush and breathtaking A Phantasy (1952) and Vince Collins' insane kaleidoscope of mind-blowing imagery Fantasy (1967). Early birds can find out if they have ESP (or if that's even a thing at all) in the campy mini doc Psi: Boundaries of the Mind (1976). 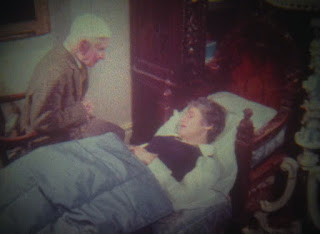 The Bloxham Tapes (Color, 1978)A fascinating British documentary focusing on the tape recordings of eminent hypnotherapist Arnall Bloxham who, over the course of more than 20 years, has hypnotized 400 people, recording what appear to be uncannily detailed descriptions of previous lives. The film considers the question of whether or not the Bloxham tapes can be taken as proof of reincarnation or the possibility of the hoax of implanted memories.  The film features real participants and re-imagined reenactments of the detailed stories that come out of their sessions.

LSD: Trip or Trap? (Color, 1967) A Sid Davis classic that starts with a fatal crash, and then traces the tragic path that led a good boy to experiment with the latest thrill on the scene- LSD-25. Wild freak-out scenes and good kids pressured into drugs by misguided peers. Sid Davis was one of the founding fathers of the educational scare film, directing and producing hundreds; all for under $1000 a piece.

A Phantasy (Color, 1952)
Cut-out animation by Norman McLaren, and music for saxophones and synthetic sound by Maurice Blackburn. In a dream-like, meditative and surreal landscape drawn in pastel, inanimate objects come to life to disport themselves in grave dances and playful ritual.

Holy Ghost People (B&W, 1967 - excerpt)
This film is a documentary of a Caucasian Pentecostal congregation whose fundamentalist philosophy encourages a literal interpretation of the Bible. Reveals the religious fervor, the trances, the phenomenon of glossolalia (speaking in new tongues), and the use of rattlesnakes. Filmed by Peter Adair. This film was rightly hailed by Margaret Mead as one of the best ethnographic films ever made, and a staple of classes on anthropology and documentary film, this study of a little-known sect who put their lives on the line for their religion still packs a wallop four decades after its release.


Psi: Boundaries of the Mind (Color, 1976)
This fairly campy mini doc explores the possibilities of a sixth sense through cheesy reenactments, interviews with proponents and critics, and actual footage of ESP experiments.  Watch as they blindfold and wire up a woman to test her perceptibility.