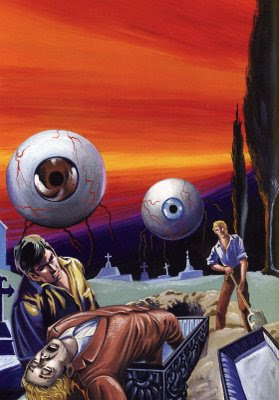 Oddball Films presents Strange Sinema 91, a monthly screening of new finds, old gems and offbeat oddities from Oddball Films’ vast collection of 16mm film prints. Drawing on his archive of over 50,000 films, Oddball Films director Stephen Parr has complied his 91st program of classic, strange, and unusual films. For Strange Sinema 91: Oddball’s Strangest Hits!, a surreal and sometimes stupefying selection of some of the strangest films in the Strange Sinema series. Drawn from a wealth of genres - including educational, mental hygiene, pop psychology, quack science and even smut - this program highlights the deep diversity and madcap mayhem that make this series so utterly strange. Featured films include The Cat Who Drank and Used Too Much (1988) a wacky anti-drug howler about an alcohol and drug addicted cat, Frank Film (1973), Frank Mouris’s classic of independent cinema presents 11,592 separate shots of common objects forming complex, rapidly moving patterns that Andrew Sarris called "a nine-minute evocation of America's exhilarating everythingness”, Toothache of the Clown (1972), a clown goes to the dentist in this bizarre and nightmarish kids educational film, Blind as a Bat (1956), the crackpot Christian Moody Science “Bat Truck” goes on location to study the secrets of bat navigation, Rendezvous (1976), director Claude LeLouche’s infamous, one-take high speed drive through the streets of Paris, Help! My Snowman’s Burning Down (1964) Carson Davidson’s award-winning beatnik dada rhapsody with jazz score by the Gerry Mulligan Quartet, You Asked For It! (1957) - watch Dr. Cole in this television kinescope demonstrate the science behind putting a red-hot metal poker on your tongue-painlessly!, The Great Saw Came Nearer and Nearer (1944), a sexist and comedic juke box Soundie featuring Cindy Walker getting terrorized by a beau who will saw her in half unless she marries him!, Ersatz (1961), one of the oddest animated films ever - one man inflates everything he needs for the perfect day at the beach, including a girlfriend (!) in this mid-century Oscar-winning gem, it’s monkey time starring Lancelot Link, Secret Chimp (1971) as a detective from APE (Agency to Prevent Evil) as he battles a dentist who implants radio transmitter into teeth!, Deciso 3003 (1982), the world’s first alien teen sex ed puppet film  where even puppets (designed by legendary Julie Taymor) feel ashamed and Sun Healing: The Ultra Violet Way With Life Lite (1940s), cinematic curio promoting a quack medical device as a cure for skin disease. Plus! Allergy test films, men in diapers and home movie hijinks! 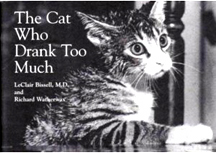 Rendezvous (Color, 1976) In 1976, at the end of a film shoot, Director Claude LeLouch (A Man and a Woman) found himself in possession of four things:  a camera with ten minutes of film left, a gyroscopically stabilized camera mount, a sports car, and an idea: to film a mad dash (at speeds up to 140 mph) through the early morning streets of Paris.  Denied the necessary permits, he shot the film guerrilla-style, in one take, with no special effects and no street closures.  No one was hurt, his subsequent arrest was brief, and the film has become a legend. One take, no film tricks- you won’t believe your eyes.

Help! My Snowman’s Burning Down (Color, 1964)
This academy award-nominated short (and winner of 14 international awards) by Carson Davidson stars Bob Larkin (later in the cult film Putney Swope) as a Beatnik who lives on a boat dock off Manhattan with only bathroom furnishings.  A visceral tapestry woven together by stop motion and surreal special effects, this is another Oddball audience favorite. With a snazzy jazz score by the Gerry Mulligan Quartet.

You Asked For It! (B+W, 1957)
In this variety show that was wildly popular throughout the 1950s, host Art Baker invited experts to perform any manner of idiotic, dangerous, and ill-advised acts that a bloodthirsty audience could dream up. These stunts included reenacting William Tell shooting an apple off his son’s head, and in this episode a scientist demonstrates how fire walking works. By putting his tongue on a white-hot piece of iron. Then sticking his finger in molten lead. Then breaking a sizzling steel rod with a bare foot. They don’t make live TV like this any more!

The Great Saw Came Nearer and Nearer (B+W, 1944)
This musical and sexist comedy Soundie (jukebox film) features Cindy Walker as a girl terrorized by her beau with a buzz saw unless she marries him! Laughably awful!

Ersatz (Color, 1961)
This Yugoslavian animated short was the first foreign animated film to win an Oscar. A fat man goes to the beach and inflates everything he needs… like a boat, a tent, and a shark. He manages to have a fine time until he inflates a girlfriend for himself and realizes that women are too much damn trouble. A gem of mid-century modern style!

Deciso 3003 (1982)
Peter Wallach, Eli Wallach’s brother directed this bizarre anti-drug PSA, in the height of the “Just Say No” ‘80s. Two couples of double-headed alien teens set out on what they think is just going to be any other intergalactic trip to the Drive-In (to see Vincent Price in The Fly)m but when one of them thinks it’ll be cool to take some meteor pills and get handsy with his date, we all learn that being a teenager isn’t easy for anyone in the galaxy. In an amazing 10 minutes, the aliens cover every poor decisions from reckless driving to date rape to drug abuse. Wow. The puppets were made by Julie Taymor, director of Across the Universe and Titus, and Eli Wallach narrates, though neither is credited. Perhaps, like the teen alien flying home alone, they too feel the shame.