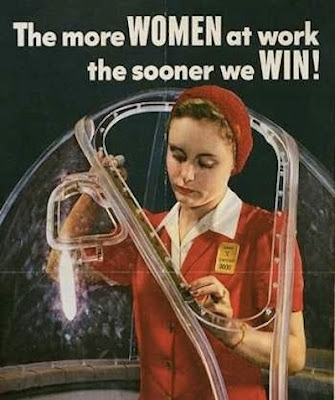 Oddball Films presents The 1940s and the Rise of the American Woman, a riveting night of 16mm films from the 1940s featuring the flood of women out of the home and into the workplace, the cockpit, the wrestling ring, leading the band, getting behind the camera, and into the modern era. The collection kicks off with Woman Speaks (1940s), a rare and fascinating series profiling pioneering ladies of the 1940s. Katherine Hepburn heralds the rise of women in the workplace during WWII in the Eleanor Roosevelt penned Women in Defense (1941). Meet the women who worked in the wartime defense factories in an excerpt of The Life and Times of Rosie the Riveter (1980).  Sign up for the coast guard and free a man for combat in the propaganda recruitment film Coast Guard Spars (1942). Take to the skies with a pre-pubescent pilot, Deborah Gubbins in the Popular Person Oddity: Pigtail Pilot (1944). Two fierce fighting dames duke it out for the women's wrestling world championship in Lipstick and Dynamite (1948). Maya Deren - the grandmother of avant-garde film - forever altered the landscape of cinema; her breathtaking and pulsating piece: A Ritual in Transfigured Time (1946) transforms representational performance art into abstract, non-narrative filmmaking through intersecting currents of subconscious, parallel realities. Watch out boys, the ladies bowling champ Tillie Taylor is tearing up the lanes, now would be a good time to fat-shame another woman trying to knock down a few pins in Splits, Spares and Strikes (1941). The ladies also took over the bandstand, evidenced by the endlessly entertaining Big Band Soundie Feed the Kitty (1942) featuring Rita Rio and her Maids of Melody and Ina Hutton's Girl Time (1947) showcasing dancing, singing, marimba player virtuosos and a standout performance from Nellie Lutcher. Plus, burlesque queen Sally Rand performs her legendary Bubble Dance (1942) and more surprises from our massive stock footage film archive. 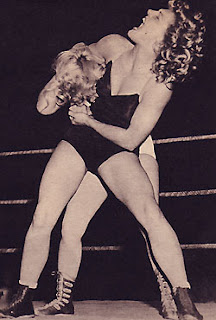 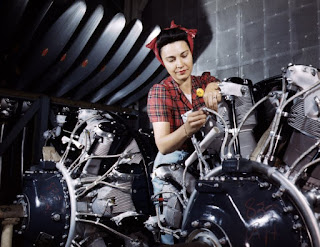 For an enterprise involving so much metal and machinery there certainly is a lot of sewing! Many of the skills women have naturally are needed for the nation's defense. Tiny ball bearings and other precision instruments need the touch of well-manicured feminine hands. Or at least this is what the narration, written by Eleanor Roosevelt and read by a very Katharine Hepburn-sounding Katharine Hepburn, would have you believe.

Life and Times of Rosie the Riveter (Color & B+W, 1980, excerpt)
Several women, who worked in the shipyards and defense plants during World War II, recount their experiences at work and offer comments on society's expectations of them during the war effort and after the war. Their narratives are interspersed with sequences from war department films, newsreels, and Hollywood movies made during that time which concerned women working outside the home. Produced and directed by Connie Field. 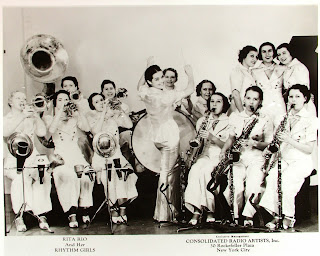 Rita Rio - Feed the Kitty (B+W, 1942)
Rita Rio (later known as Dona Drake) and her all girl orchestra tear up the big band stage in this jazzy soundie for the ladies.

Sally Rand's Bubble Dance (B+W, 1942)
Blonde beauty Sally Rand dances effortlessly with a giant bubble in little more than a well-placed scarf. The ethereal nature of this short elevates it above your average smut. 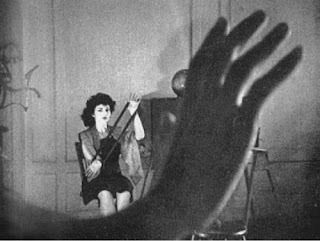 Ritual in Transfigured Time (B+W, 1946)
Maya Deren's Ritual in Transfigured Time is a formalized, aesthetic composition of regimentation and studies of dynamic human forms that prefigure the films of such diverse filmmakers as Yvonne Rainer and Claire Denis. Deren incorporates representational performance art into abstract, non-narrative filmmaking through intersecting currents of subconscious, parallel realities, revealing the film's tone and intrinsic logic through the choreography of organic bodies in performance of ritual, and in the process, creates a haunting and sublime exposition on the spatial (rather than linear) dimensionality of time, synchronicity, and the potentiality of fate. With Rita Christiani, Maya Deren, Anaïs Nin, Gore Vidal and Frank Westerbrook. 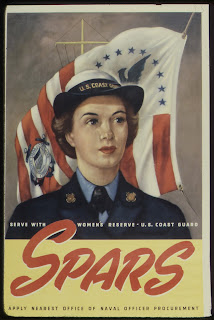 Coast Guard Spars (B+W, 1942)
“Join the Spars and release a man for sea.”
A military recruitment propaganda film about female coast guard “spars” and their mission in the military. Women march in uniform and  learn “the language of the sea,”.“You may not get to be an admiral but you may get to be the admiral’s secretary”. See women spars issuing awards patches, spar women driving (chauffeur), spar women radio technicians, ship to shore operators, typing at a typewriter that says “censored”. 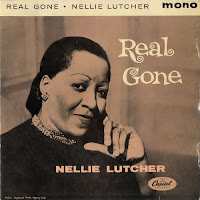 Ina Ray Hutton's Girl Time (B+W, 1947, excerpt)
An all-lady musical revue with singers, dancers, marimba virtuosos and more. One standout - the entertaining and unique jazz singer and pianist Nellie Lutcher sings one her biggest hits "Real Gone Guy," accompanying herself on the piano.  Her signature style includes a fascinating staccato rhythm to her overly-dictioned phrases and cheeky asides.  Nina Simone credits Lutcher as being one of her primary influences. 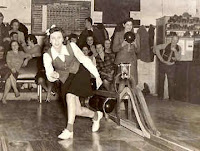 Splits, Spares and Strikes (B+W, 1941)Watch out boys, the ladies are taking over the bowling alley, so what better to do than patronize their efforts with offensive voiceover?  Isn't it quaint that Tillie Taylor is the ladies' world champion of bowling, but wouldn't we rather talk about her outfit and that fat woman over there the narrator so sweetly refers to as "Tiny"?


Universal presents another wacky “Popular Person-Oddity.” A 12-year-old girl, Barbara Gubbins pilots a plane alone. Watch as this aspiring Earhart takes off in her tiny bi-plane and soars the skies, doing flips and tricks and even doing her own repairs on the ground. Gubbins was an avid aviatrix from the age of ten and was set to become Britain's first female RAF pilot until her tragic death in a crash along with her instructor at the age of 20 (8 years after this was filmed).