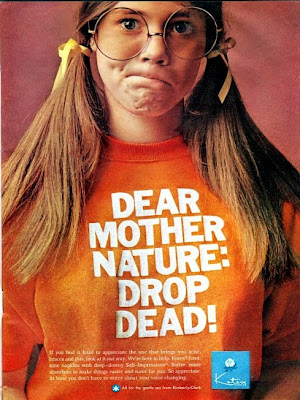 Oddball Films presents The Menstrual Show: A Puberty Pajama Party. It's a night of hilarious and uncomfortable 16mm menstrucational short films from the buttoned-up 1940s through the frank and awkward 1980s - handpicked from our massive stock footage archive. Linda's Film on Menstruation (1974) features two clueless teens trying to figure out about the monthly cycle through cartoons, sports announcers, and game shows.  Stay out of the water, choose your packet of sanitary napkins, and rub yourself with cold cream in the very British puberty primer Growing Girls (1951). Dance along with a large-headed and footless cartoon girl as she learns about the physical and mental aspects of her monthly visitor in Di$ney's notorious Story of Menstruation (1945). Learn all about your first period and making out with smiley-faced pillows with the most awkward pubescent heroine of the 80s in Dear Diary: A Film about Female Puberty (1981). Join Marlo Thomas and a slumber party of young girls gabbing about their changing bodies, lip-syncing terribly and other girlie stuff in The Body Human: The Facts for Girls (1980). Come early to see Canadian women talk openly aboot the taboo subject of menstrual pain in Cramps! (1982). Plus, a couple of secret surprises and more menstrutainment for the early birds. Come in full pajamas for $2.00 off admission! 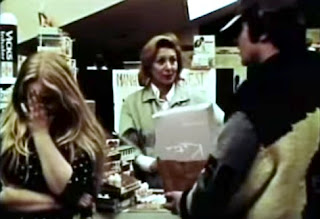 Linda's Film on Menstruation (Color, 1974)
"It means that blood is falling out of my uterus!"

Half-assed sex education with two groovy teens from the mid-seventies. Judy is a regular 15 year old girl going through what every woman goes through at some point, her first monthly visitor. Her 16 year old boyfriend hasn't got a clue, and quite frankly she doesn't really either. Thankfully there's an obnoxious cartoon to explain it all to them! If that doesn't work, maybe the menstruation game show will hammer home the facts. Also featuring actor Jonathan Banks from Breaking Bad. 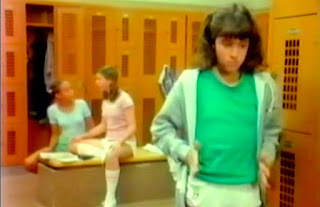 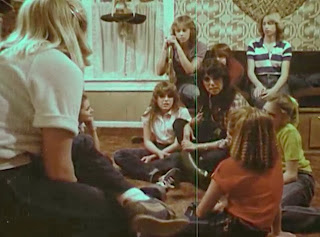 The Body Human - The Facts for Girls (Color, 1980)"Being a girl is very special.  I know... I remember"TV's That Girl Marlo Thomas, the mastermind behind Free to be...You and Me, gabs with three young girls about the facts of life, their changing bodies and more awkward topics. With a jammin' slumber party, crowd surfing, chats about Billy Jean King's period, some terrible karaoke, and a soundtrack that includes The Bee-Gees, Donna Summer and the Righteous Brothers, The Facts for Girls really delivers! 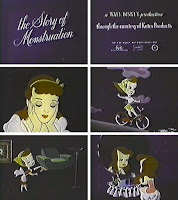 The Story of Menstruation (Color, 1945)
A Walt D*sney Production, The Story of Menstruation is an animated short film produced for American schools detailing the menstrual cycle. Rumored to be the first film with the word “vagina” in it’s screenplay, this vintage gem is both matter of fact and dreamily flowery. A large-headed girl takes you through the dos and don’ts of menses while helpful diagrams guide us all to better understanding. 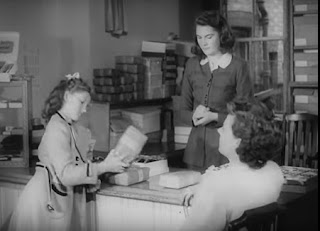 Growing Girls (B+W, 1951)Mary is 13 and going through a lot of changes in this very prim and proper British puberty short. Drawing on various farm animal analogies (so as not to step into any taboo subjects) we learn all about getting ready to have babies! Watch as Mary schedules her period, unwraps a delightful present of sanitary pads, and as she burns her soiled pads in the fireplace! The narrator has lots of great tips including not swimming, an obsession against "a chill" and even recommends spreading cold cream on her privates!

Cramps! (Color, 1982)Oh those Canadians with their open discussions of taboo topics!  This ode to period pain begins with a parade of women throughout history (including Rosie the Riveter) discussing how they must never speak of their menstrual pain.  Then, we visit a round-table of early-80s Canadian women talking aboot their experiences with cramps intercut with a delightful dramatization of one young woman's struggle with her uterus that gets in the way of her work life and her love life.  When her beau thinks she's growing distant and is ready to call it quits, will she be able to admit to her personal problem, even if it is embarrassing? 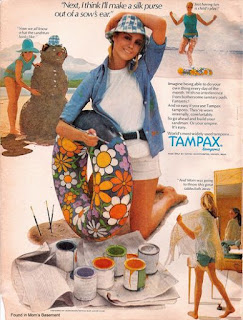