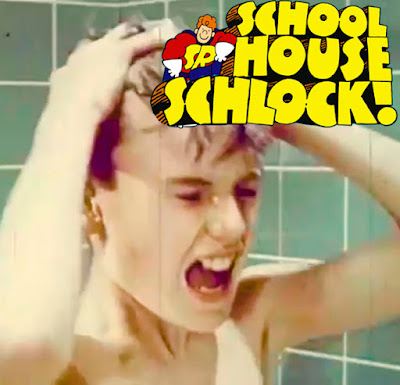 Oddball Films presents Schoolhouse Schlock!, a ridiculous night of campy, trashy, antiquated, bizarre, and hilarious 16mm educational films from the archive. From the 1940s-1980s, with creepy puppets, evangelical batmobiles, children dancing like toasters, outdated science, and musical numbers galore, it's the best (and worst) educational film has to offer! School kids are forced to act out household appliances in a sad attempt at physical education in Perc! Pop! Sprinkle! (1969). Encyclopedia Britannica teaches you to wash your hair once a week and give yourself a good rubdown with a towel in Keeping Neat and Clean (1956). Science has come a long way since the 1940s, see just how far in two antiquated science shorts: Blind as a Bat (1955) from the evangelical Christian science organization The Moody Institute of Science and Magnetism (1947) as Dick and Jane explore magnets. A disgusting puppet named Trezlar tags along with an artist and learns all about rainbows, prisms, and Light (1980). Schoolhouse Rock brings us the much sampled musical favorite 3 Is The Magic Number (1973). Crash, Bang, Boom (1970), an early seventies oddity, proved that “school” plus “band” could add up to "far out". Learn about basic nutrition with a gaggle of creepy singing children in the campy classroom primer The Eating, Feel Good Movie (1974). More angry little monsters sing about their anger issues in another mini educational musical I'm Mad at Me (1974) from the Feelings series. Woody Allen and the Hot Dog gang weigh in on that age old question: How Do They Make Playing Cards? (1970). Plus, a strange trip to the school nurse: How Awful (1972) and more terrible surprises for the early arrivals. Everything screened on 16mm film from and in our massive stock footage archive.

When pint-sized dancers are encouraged to observe and mimic the actions of household appliances, the results are more than any of us could have hoped for. We can never know how many youngsters took the inspiration of this film into intimate performances spaces in the 1980's and 90's. 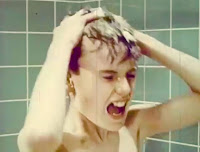 Keeping Clean and Neat (B+W, 1956)
An Encyclopedia Britannica cheese buffet reminding us all the importance of good health and habits. Don and Mildred are two dirty little kids hoping to get chosen for the 8th grade assembly, but will their lack of hygiene keep them from being picked for the coveted spots? Thankfully, with a helpful narrator and magically appearing shoe shine kits and sped up cleaning sequences, these kids won't ever not keep neat and clean again! Learn valuable tips like washing your hair once a week and "give yourself a good rubdown with a towel". 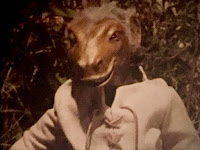 Light (Color, 1980s)
What better way to learn about light and rainbows than with a disgusting puppet creature than crawls out of the ground and has never experienced light but somehow speaks perfect English? Meet Sandy and her new friend Trezlar as they discover light, colors, rainbows, prisms and waterfalls in this bizarro educational short. 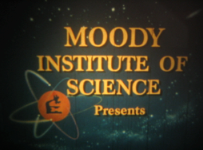 Another gem from the evangelical Moody Institute of Science, this short film explains how and why bats can ‘see’ in the dark, even though their eyesight is poor. Scientists catch some cave bats and try out various experiments on them to discover the secrets of this nocturnal mammal.

Magnetism (1947, B+W)
Every little kid has a natural curiosity for the world around them but not all of them know how to explain scientific theories and build experiments from scratch. Join the 'Dick and Jane' duo in this film to learn all about magnetism and how to build your own telegraph.

How Do They Make Playing Cards? (Color, 1970)
Another age-old question. Fortunately this short, made as part of the Hot Dog series for children’s television in the 1970s, bravely takes on this controversial topic once and for all. It’s such a strong statement on the all-powerful playing card industry that there is no need for voice-over narration, until Woody Allen dares to break the silence. Everything you thought you knew was wrong. 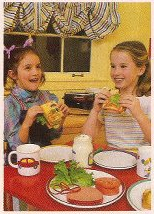 The Eating, Feel Good Movie (Color, 1974)A musical laugh riot.  Children dressed in their Sunday best have a sepia-toned tea party and begin to sing about the food groups over enticing shots of vintage food.  One boy sings longily over a meaty montage "I'd like a roast or a chop or a steak or a stew so I'll have big strong muscles and I'll grow right too."  A creepy campy masterpiece!


Watch pre-teen Woodstock wannabes get groovy! Music education films were a perfect vehicle for schoolroom pop sensibility of the late 60s and early 70s. This introduction to the world of percussion might have taken far out a bit over the edge, thanks to its artfully annoying, anti-jingle theme tune “narration”, but that’s what makes it an Oddball classic. From our pals at Xerox! 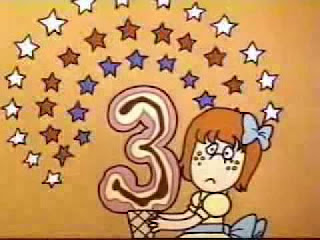 The title track from the very first episode of Schoolhouse Rock. This catchy tune was the original multiplication rock jam and has been covered and sampled a number of times from De La Soul to Blind Melon to Jack Johnson.


Just Awful (Mark Harris, 1971, Color)
A visit to the school nurse is the adventure at the heart of this odd little piece. Hear! The inner monologue of a boy with an Owie. Thrill! To the suspense-filled hallway of waiting. Witness! The ritual wound-washing. See! A magnificent giant of a nurse administer a special cure as only she can!