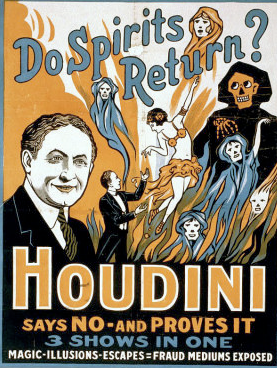 Oddball Films and guest curator Hannah Airriess present Now You See It, Now You Don’t: Disappearing Acts, Optical Illusions, and Mad Science. This program focuses on our fascination with illusion, and the accompanying desire to reveal the mechanics of such tricks. A magician’s performance, whether on a vaudeville stage or celluloid, centers on the pleasure an audience receives upon being deceived; in the awe of wondering, “How did they do that?” The short documentary Houdini Never Died (1978) showcases archival footage of many of Harry Houdini’s great escapes and illusions, along with other magicians’ tricks influenced by the great illusionist. Furthermore, it details the life of a man who was determined to debunk spiritualism and the belief in actual magic through his death-defying acts. The Human Senses: Learning to See (1970s), a beautiful educational film, explains the way optical illusions work, from Eames’ rooms to Ponzo illusions. This newfound knowledge will be helpful in watching Camera Magic (1955), a short film by the photographer Weegee, which demonstrates film’s magical capabilities, creating two-headed songs and multi-limbed women through editing. In The Magic Shop (1972), a modern version of the H.G. Wells short story, a father and son pay a visit to a magic shop. As the son marvels at tricks he believes to be true magic, his skeptical father tries his best to ground the feats in logical thinking.  Lastly, the strange and goofy film People Soup illustrates the magical capabilities of science, as two children perform a gross-out science experiment that transforms them into animals. 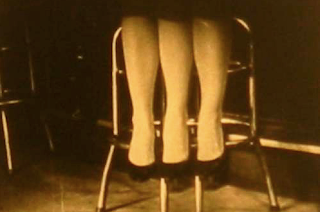 The Human Senses: Learning to See (Color, 1970s)
How do optical illusions work? In order for us to understand, this educational film teaches us how the eye works, beginning with how we see movement, perspective, and colors. Through beautiful images such as point-of-view rollercoaster rides and hundreds of eyes edited together in rapid succession, the magic of vision begins to make a little more sense. 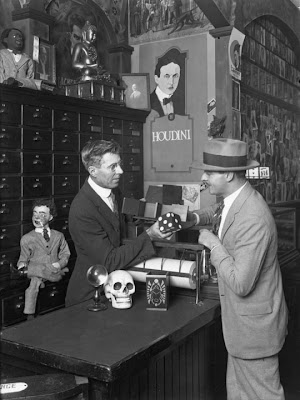 The Magic Shop (Color, 1972)
This short film, adapted from H.G. Wells’s short story of the same name, chronicles a father and son’s trip to a neighborhood magic shop. The magician inside demonstrates a wide array of tricks and illusions, which amaze the son, but initially fail to impress the skeptical father. As the magician’s feats grow more outlandish, however, it becomes increasingly difficult for the father to hold on to his disbelief.

Camera Magic (B&W, 1955)
The photographer Weegee, known for his stark photography of urban crime and tragedies, turned his attention towards moving images in the 1950s and ‘60s. Much like his photography, this short film adopts a sensationalism as he demonstrates optical illusions that he achieves through film editing, prisms, and different lenses. Weegee is shot with camera in hand, then disappears out of the blue… a poodle appears to have two heads, then a woman appears with three legs…  “They say the camera never lies… but it can stretch the truth in the hands of Weegee!”

People Soup (Color, 1970s)
While Learning to See made the magic of sight scientifically comprehensible, People Soup tells the story of a science experiment that results in an absurd magical feat! Two boys spend most of the film performing a chemistry experiment that grows more and more disgusting. The endless number of ingredients forms a magic elixir that transforms them from children into something entirely different. 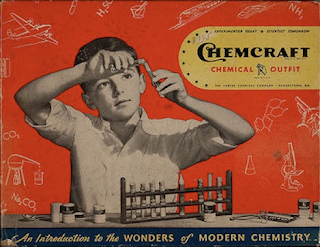 Houdini Never Died (B&W/Color, 1978)
Harry Houdini is perhaps the best-known magician and escape artist in American popular memory. In addition to his death-defying feats, he was also committed to debunking spiritualism and otherworldly claims. His magic was grounded in the physicality of his acts; they were simply fantastic escapes and illusions, rather than something supernatural. Both sides of Houdini are on display in this fascinating half-hour long documentary, which contains rarely-seen archival footage of Houdini, narrated by Burgess Meredith.

Curator’s Biography
Hannah Airriess is a graduate of the University of Chicago in Film and East Asian Studies. She has previously programmed at Doc Films Theater in Chicago, and various art spaces in the Midwest. She has been programming with Oddball Films since 2011. 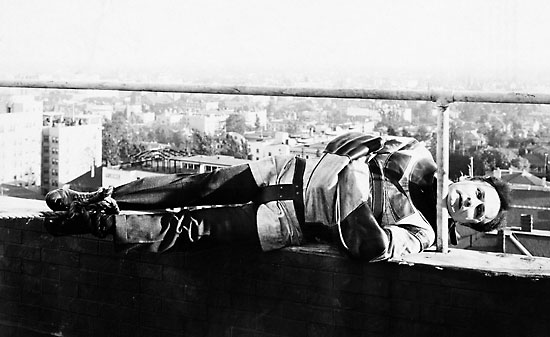