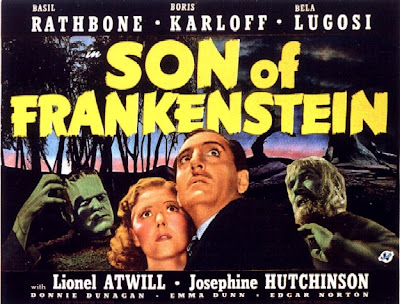 Oddball Films and guest curator Emily Schleiner present What On Earth, It Came From Outer Space?  An evening of sci-fi thrillers and campy science documentaries, this program answers all the questions you might have about the origins of life and who or what might be lurking in the outer reaches of the universe. Featuring excerpts from Jack Arnold’s It Came from Outer Space (1953), a classic telling the tale of an alien spaceship that crash-lands on Earth and takes humans hostage; Son of Frankenstein (1939) starring Bela Lugosi, Basil Rathbone and Boris Karloff, sheds light on the dark mystery of manufactured life as Dr. Frankenstein’s son returns to his inherited castle finding his father’s faithful servant Ygor attempts to reanimate the Monster; and a 1950’s UFO sighting turns into an abduction scenario in the suspenseful War of the Planets (1958) – are the aliens saviors or enemies?  See what our planet looks like through the eyes of extraterrestrial invaders in the beautifully animated sequences of What On Earth! (1970s), and experience the evolution of life on earth guided by renowned scientist Stephen J. Gould in This View of Life (1984). Plus! Watch a ridiculous clay ball evolve from a sea creature to a land animal in Clay, Origin of the Species (1964); and discover the building blocks of life in Solutions- Ionic and Molecular (1983). Whether you prefer a taste of the 1970’s science frontier or entertainment of the ridiculous science fiction variety, there is something here for everyone! 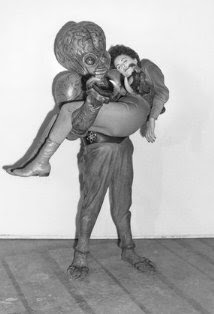 
Son of Frankenstein (1939)
In this classic science fiction and horror film a Frankenstein descendant is shown in the creepy old mansion with his family and entourage.  While exploring the laboratory, the gentleman finds an old assistant with the Monster.  Just before preparing to revive the creature to its full health Rathbone utters the famous line once again, “It’s alive!”  Will history replay itself in the saga of Frankenstein’s monster??

It Came From Outer Space (1953)
In this eye-popping vision of a film an alien ship accidentally lands on earth!  Its occupant holds people hostage while the ship is being repaired. Townspeople debate amongst each other on what will become of the space ship while angry mob is after the ship. Someone finds a way to hold them off until the ship can leave. Is this mysterious group a force for good or evil!?!

War of the Planets (1958)
In this short "home distribution" version, a couple in an airplane and witness a UFO beaming down a light.  They land their aircraft and suddenly appear in a futuristic alien headquarters where violent scenes from planet Earth are shown.  Fascinating and “high-tech” aliens put on a good show for the couple.  Are the aliens the enemy?  Or are they a peaceful inscrutable friend? 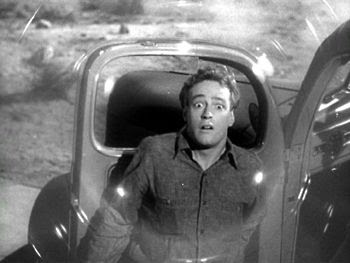 What On Earth! (1970’s)
If aliens looked at planet Earth from outer space, what would he or she see?  In this film, automobiles are perceives as life forms – with particular habits and behaviors!  See beautifully animated lines of cars, dancing figures and stoplights, and other objects dancing.  This psychedelic simplified world of shapes and signs, emphasizes consumerism and the ways in which earthlings are being conditioned!

Solutions- Ionic and Molecular (1983)
From vast oceans to microscopic living cells, solutions are an intimate part of our planet’s life. This documentary illustrates the chemical nature of a solution with unintentionally humorous demonstrations of solutions-making and examples of failed attempts.  See what happens when a solution forms on the level of electrostatic forces!  Here, see the Brownian movement and learn about the concept of molarity.  Plus! Learn why some substances (like oil) won’t dissolve in other substances (like water)! 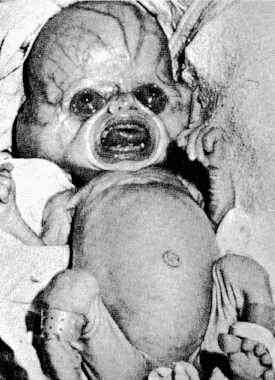 Nova: Stephen J. Gould, This View of Life (1984)
In a series of interviews, Gould, an internationally renowned paleontologist and evolutionary theorist, disputes the comforting belief that human life is a gradual culmination of an evolutionary process. Examples include dinosaurs, pandas, and peacocks.  He unpacks humanity’s deterministic biases, and focuses on adaptism. Gould shows how organisms adapt to environmental processes that are in constant states of change.  This 80’s documentary has fetching illustrations to go with these paradigm rattling topics!

Clay, Origin of the Species (1964)This stop-motion film uses hand mottled clay forms to create a visual variation on Darwin’s concept of evolution.  Beginning with a simple graphic motion on the clay ‘sea’ from which forms of life emerge and the play, watch as the evolving organisms devour one another and metamorphosize into worms, gorillas, mermaids, clams, lions, whales and other animals, climaxing with the creation of a human!

Curator biography:
Emily Schleiner is a Brooklyn and Davis CA-based new media artist and thinker.  She has been writing since 2009 and has shown internationally.  She has been published in the Trondheim's TEKS's 'Making Reality Real' Journal and has presented at the 2nd Inter-Disciplinary.net Global Conference in Budapest. She received her Masters from Performance and Interactive Media Arts department at Brooklyn College, NY in 2010. More about Emily: http://www.cordial-emily.com/ .