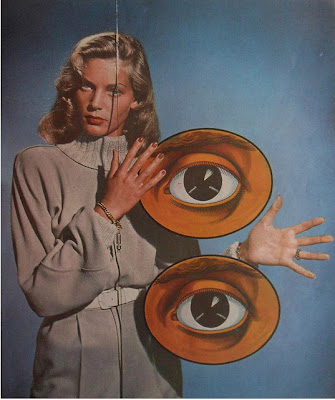 Oddball Films presents Strangest Strange Sinema: A 4 Year Anniversary Extravaganza. In honor of the 48th installment of Oddball Films’ monthly legendary and award winning Strange Sinema series, Head Curator Stephen Parr has hand-picked, from his collection of over 50,000 films, a program of the most offbeat and unusual titles for your viewing pleasure. From the minds of infamous bad boys, to absurd animals and sinful delights, this show embodies the essence of Oddball Films. Highlights include: Two Men and A Wardrobe (1958), a darkly comic early film by famed director Roman Polanski; Thank You Mask Man (1971), a vivid send up on race, class and sexuality in this legendary animated short by the infamous comedian and satirist Lenny Bruce; and Sandy Sunrise in The Baby Sitter (1971) a bizarro animated adult Triple XXX exploring the erotic adventures of a babysitter and vegetables to music from the classic Beach Boys Smiley Smile album! Blind as a Bat (1956), an oddity from the Moody Institute of Science giving a rare look into the mysterious world occupied by our flying relatives;  wacky, hilarious and narrated by 1950’s movie sweetheart Julie Harris, The Cat Who Drank and Used Too Much (1988) is an exceptional anti-drug film about an alcohol and drug using cat; and underwater mermaids, hot dog stands and circus acts beneath the Florida sea in Submarine Circus (1940s). Plus! Sinderella (1962) faithful reenactment of the Brother’s Grimm Cinderella…. except with a handful of lovely San Franciscan drag queens playing all the parts and much more!