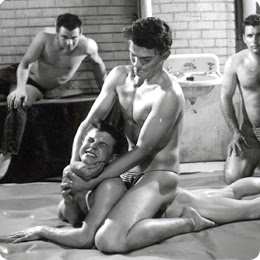 Oddball Films presents Body Shop, featuring a myriad of films exploring the human body in all its forms from biology, physical hygiene, venereal disease to erotica. A beautiful and bizarre look at the human body in all its forms this program includes, Soapy the Germ Fighter (1951) which will teach you that being clean doesn't make you a sissy; a wonderful U.S. Navy training film, Swim and Live! (1943), stars many shirtless men, helping other shirtless men who will swim their way to winning the war; a young overweight and lazy boy "cleans up his act" and his nether regions in Personal Hygiene For Boys (1971); and social guidance shockmeister Sid Davis' Boys Aware (1973) presents four case histories portraying homosexual advances toward young boys. Two strikingly animated colorful shorts by W*lt D*sney Production, The Story of Menstruation (1946) sponsored by Kotex Feminine Hygiene, and VD Attack Plan (1973). Plus! learn Mrs. John Barrymore's tips on How to Undress in Front of Your Husband (1940s) and a collection of ads with Sex Appeal from the 60s and 70s. 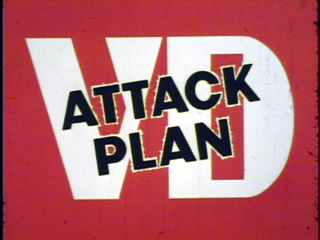 
Soapy the Germ Fighter (Color, 1951)
Young Billy Martin has to learn that being clean isn’t the same as being a sissy. One night as he drifts off to sleep Soapy, a giant talking cake of soap wearing tights and a puffy-sleeved shirt appears to Billy and assures him of this fact. Soapy teaches Billy “good hand habits” and offers advice like “girls should wash their hair at least once every two weeks.” Billy takes Soapy’s advice to heart and becomes “one of the cleanest boys in town.” Here's a wonderful U.S. Navy training film, originally made during World War II. Swim and Live is actually a serious movie, masquerading as comedy, which has a kind of "male on male" interest to it. There are a lot of men in this movie with their shirts off, helping other men. There are a lot of men jumping in sequence, Busby Berkeley style, and helping each other out. Why? Because men need to swim to win the war!

The Story of Menstruation (Color, 1946)
This striking animated colorful Walt D*sney Production was sponsored by Kotex Feminine Hygiene products. Neither sexuality nor reproduction is mentioned in this influential film, and an emphasis on sanitation makes it less about femininity than grooming. The Story of Menstruation is believed to be the first film to use the word vagina in its screenplay.

“Your body works something like a machine, like a V8 with a quad. You wouldn’t want to let this engine sit idle.” intones our narrator. “Maybe you’re like Rick (overweight and lazy) who takes better care of the car than himself. “ Our mental hygiene short continues with homoerotic overtones and quirky lines like “To keep the hairy parts of your body clean you need plenty of soap and water-and spread that soap around!”. Shortly after Rick wises up and marches off to the shower to clean up his act. Hilarious.

Boys Aware (Color, 1973)
Social guidance Shockmeister Sid Davis presents four case histories portraying homosexual advances toward young boys. We start off when Ralph shows Billie some pornographic pictures.  “What Billie didn’t know was that Ralph was sick”, our narrator says, “a sickness that was not visible like smallpox but no less dangerous and contagious, a sickness of the mind. You see Ralph was a homosexual, a person who demands an intimate relationship with members their own sex.” This over-the-top film, produced in conjunction with the Inglewood, CA Unified School District and Police Department pulls out every homosexual stereotype and scare tactic in the book including the jolting line “That evening Mike traded his life for a newspaper headline”.

VD Attack Plan (Technicolor, 1973)
“Yes, it’s true. Walt D*sney Productions has made a significant contribution to the war against VD. VD Attack Plan – A fully animated Walt D*sney 16mm motion picture.” states the brochure accompanying this 16mm educational film. VD Attack Plan had some forward thinking and enlightening approaches (not just for Disney but everyone else producing this type of film in 1973) to the subject of sexually transmitted diseases including promotion of condoms (instead of abstinence) and the fact that VD can be spread through same sex couplings. This “war against disease “ film doesn’t miss a beat-even showcasing some of the graphic effects of the disease in action. In brilliant Technicolor, just like you’d want it to be. 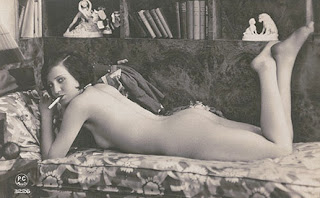 How to Undress in Front of Your Husband (1940s)
An exercise in exhibitionism starring Mrs. John Barrymore (!) wife of the famed Hollywood legend.