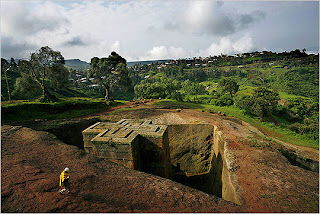 Guest Curator Soumyaa Kapil Behrens and Oddball Films present Life On Earth -  an evening of strange and wonderful films depicting the ethereal condition of our home planet. Includes haunting, and stylized animations -- with Beyond the Stars: A Space Story (1981) by Karla Kuskin, Irra and Don Duga. Works from the ground up like Ethiopia (1986) show an astounding natural world by award winning director, Robin Lehman and Two Grasslands: Texas and Iran (1970) keenly compares cultural and economic lives of people living off similar lands but very different cultures. Chasing the Tornado (1987) explores these giant forces as scientists race to track them down and Eclipse demonstrates the delicate dance between the sun, the moon and planet earth including footage from the rare 1937 total solar eclipse event in Japan. Peppered with shorts on other earthly elements like rain and winter geysers, this show is sure to be full of surprising feasts for the eyes and a sensory journey of what its like to take refuge on the third rock from the sun. 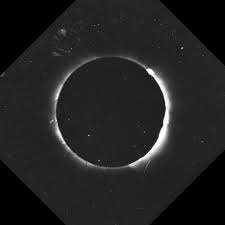 Ethiopia (color, 1986): Robin Lehman was nominated for Oscar Awards three years in a row: 1975,1976, and 1977 for his work in nature documentaries: Don’t, The End of the Game and Nightlife. He won two of the three nominations, respectively, and continued to make compelling films about the dynamic relationship of man and nature. This film is an observational safari through Ethiopia situating the grandeur of nature above the power of man. A stunning and lyrical film poem, Lehman weaves sharp drama together through awesome cinematography and graphic displays of nature hard at work. 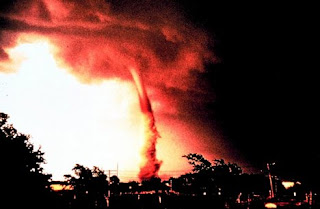 Chasing the Tornado (color, 1987): A founding film in the genre of the sensational storm chasers by Coronet Films, David Morse, David Atwood and Nancy Linde. A team of scientists arm themselves with bravery and high technology before heading out to face the great tornado wherever she may rise up. Research and adventure collide in this film, both educating and exciting as it moves through the stages of a funnel cloud storm and what it takes to catch one.

Eclipse (b/w, 195-): Part of a collection from Almanac Films and created by film team Paul F. Moss and Thelma Schnee, this film includes rare footage from the 1937 full solar eclipse visible in Japan. It also deftly demonstrates the relationship between sun, moon and earth in terms of how an eclipse actually works. Moss and Schnee have a strong command over the science and the aesthetic of this celestial occurrence. They are also responsible for such films as: Water (1953), Bee City (1951), and Hair dress through the Ages (1950).


Two Grasslands: Texas and Iran (color, 1970): A comparative geography, educational film compares the Edwards Plateau in Texas and the Steppes of Iran. Though across the globe from each other, they have many geographical commonalities. Their main difference is cultural and economical which is highlighted in the film. This piece that has an interesting frame of sameness and difference that has many parallels with our current political and economic relationship with Iran to this day.

Beyond the Stars: A Space Story (color, 1981): Based on a children’s book by Karla Kuskin and animated by Irra and Don Duga, this short film is haunting and delightful. A boy wonders about the planets out in space and as we learn about our solar system, we learn a bit more than we bargained for. It mixes science and imagination in impressionistic and innovative way. Acclaimed animators Irra and Don Duga continue to be responsible for many such visual fables including recent films including: Goodnight Gorilla (2008), Owen (1995), The Island of
Skog (2000), and Chicken Little (1998). 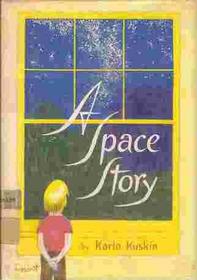 Curator Biography
Soumyaa Kapil Behrens is a filmmaker and scholar based in San Francisco. She is currently directing a documentary film on the eviction of one of the oldest recycling centers from their 30-some year old space in Golden Gate Park, the crown jewel of San Francisco. She earned an MFA in Cinema from San Francisco State University.