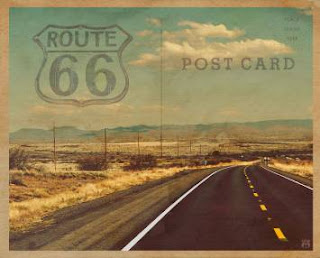 Oddball Films and guest curator Hannah Airriess present Road Trip USA. Just as everyone is gearing up for summer, this program showcases road trips of all kinds, from turn of the century trolley rides to space-age amusement parks. In the promotional film America for Me (1952), we see America from the vantage point of a cross-country Greyhound bus ride, filmed in beautiful Technicolor. The educational shorts Highway Mania (1942) and Not So Easy (1973) warn the viewer against the dangers of the open road; in Highway Mania we are warned against crazed, murderous drivers, and in Not So Easy, Peter Fonda and Evel Knievel explain the basics of motorcycle safety. Brooklyn Goes to Las Vegas (1956) features a caustic Brooklynite’s night in Sin City, featuring dazzling lights and vintage signs. To conclude, we will screen examples of road trips from the distant past and future. A Trip Down Market Street (1906), a “road trip” in a very literal sense, showcases San Francisco’s Market Street just days before the devastating earthquake the destroyed much of what is filmed. Finally, Westworld Production Short (1973) goes behind the scenes into a Michael Crichton film about futuristic amusement parks for the ultra-wealthy. Interspersed throughout the program will be home movies from the ‘40s to the ‘60s, documenting road trips throughout America. 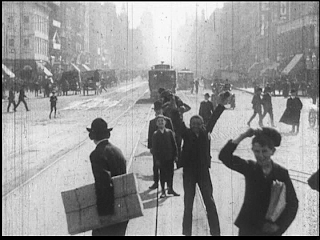 Highway Mania (B&W, 1942)
This short film provides a look at the countless dangers of the open road. Filmed in a grave noir style, the short warns the viewer about all the murderous drivers on the road every day. Learn how to drive safely and avoid what would sure to be a gruesome death in this dark but goofy educational short.

Brooklyn Goes to Las Vegas  (B&W, 1956)
This short film features beautiful footage of the Las Vegas cityscape in the late ‘50s, accompanied by narration from a cantankerous Brooklynite who travels to the West. Every aspect of Las Vegas is described through the lens of Brooklyn; even if he is on vacation, all homesick “Brooklyn” can do is obsess over the differences between Sin City and the borough he calls home. 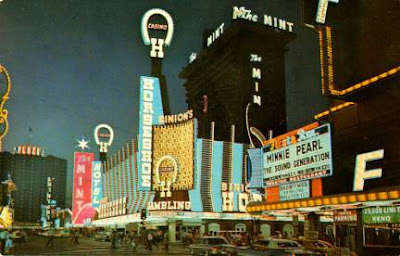 A Trip Down Market Street (B&W, 1906)
A Trip Down Market Street is a different kind of road trip movie than the others screened in this program. Filmed in 1906 from the front of a cable car, the film travels from 8th street to the Embarcadero, during which time we are able to get a glimpse of the frenetic and bustling city life of San Francisco at the turn of the century. Originally thought to be filmed in 1905, historians have recently discovered that the film was actually shot just days before the earthquake that destroyed much of what we see documented. This short is a valuable document for the history of the Bay Area, and a true gem.

America for Me (Color, 1952)
What happens when two women set out on a cross-country trip on a Greyhound bus? Filmed in beautiful Technicolor, this vacation across the U.S. features trips through national parks and every kind of American small town imaginable. Not only do the two young women discover America along the way, but they also discover true love! This cheesy but charming film was one of many short films produced to advertise Greyhound buses in the ‘50s and ‘60s. 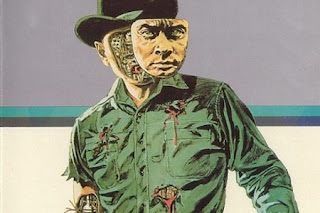 Westworld Production Short (Color, 1973)
In Michael Crichton’s film Westworld, the road trip extends beyond the highway and into space. In the future, only the super-wealthy are able to afford trips to amusement park “worlds,” where they are free of all rules and laws. Yul Brenner stars as a Gunslinger android in the Old West themed park, which goes haywire and begins to attack the guests. This short focuses on the production of Westworld, providing a bizarre behind-the-scenes look at the many amusement parks featured in the film, and mostly importantly, Brenner’s detachable face.

Curator’s Biography
Hannah Airriess has been a programmer at Oddball Film+Media archive since 2011. A graduate of the University of Chicago in Film and East Asian Studies, she has previously programmed at Doc Films Theater in Chicago, and various art spaces in the Midwest.