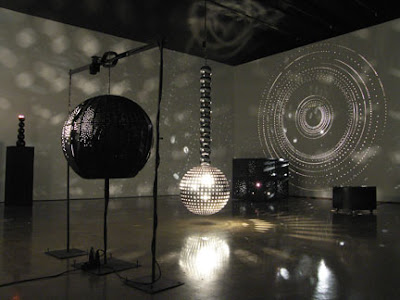 Oddball Films presents Strange Sinema 53: Kinetica, a monthly screening of offbeat films, old gems and newly discovered oddities all culled from Oddball Films 50,000 film archive. Entertaining, experimental and eye-opening, this program’s films feature an eclectic mix of kinetic, motion-oriented innovative art and sounds from the 20th century. Films include the mesmerizing documentary Kinetic Art in Paris (1971), a viscerally challenging, kaleidoscopic homage to light, sound and motion featuring some of the world’s foremost kinetic artists.  The Dreamer That Remains (1973), Stephen Pouliot‘s portrait of Harry Partch, one of the most eccentric and influential composers of the 20th century. Partch invented instruments (cloud chamber bowls, cong gongs, and more), experimented with drama and ritual and created a live ensemble utilizing dozens of custom-built instruments. Arabesque (1975), John Whitney’s pioneering computer-generated trance film; Who is Victor Vasarely? (1968) featuring French/Hungarian Op Art genius Victor Vasarely filmed at his home, studio space and art exhibitions; and  Discovering Electronic Music (1983) an introduction to the synthesizers and computers used to create electronic music, including the legendary Fairlight CMI, one of the first sampling synthesizers used in music production. Segments from Faces of Chinatown (1963) depicting the underbelly of San Francisco’s Chinatown, from its beginning to the early 1900’s with music performed by Harry Partch; Catalog (1961) Cinema innovator John Whitney’s kaleidoscopic demo reel made with equipment salvaged from WWII; and a trailer for Raga, the rare doc of famed Indian sitarist Ravi Shankar. 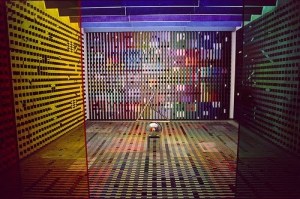 
The works of Kinetic artists Julio Le Parc, Victor Vasarely, John Rock Yvar aren’t the only things explored in detail in this ultra rare, quirky documentary that features music from the short-lived cult British pop duo White Trash. Viscerally challenging, this kaleidoscopic homage to light, sound, motion and restraint is quintessential viewing for anyone with a desire to be fascinated by anything…even if just for a moment. Don’t miss this! 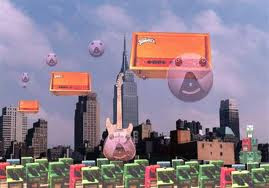 The Dreamer That Remains (Color, 1973)
“Harry Partch is an American visionary. He has built his own musical world out of microtones, hobo speech, elastic octaves and percussion instruments made from hubcaps and nuclear cloud chambers.”
Stephen Pouliot ‘s portrait of Harry Partch, one of the most innovative and influential composers of the 20th century. Partch invented instruments (cloud chamber bowls, cong gongs, the harmonic canon, more), experimented with drama and ritual and created a live ensemble utilizing dozens of invented instruments.

Arabesque (Color, 1975)
John Whitney ‘s Arabesque, is considered by many to be the seminal computer film.  Set to the music of Manoochelher Sadeghi, and created during a residency at IBM Whitney balanced science with aesthetics as he experimented with the eccentricities of Islamic architecture creating whirling, exotic flows of computer generated images. Arabesque was one of the first computer generated films that married technology and art is a focused, cinematic manner. Working with his early home-made computerized motion-control set-up, Whitney could produce a variety of innovative designs and metamorphoses of text and still images, which proved very successful in advertising and titling of commercial projects. He also did various commercial assignments including the title design for Hitchcock's feature Vertigo  (in association with Saul Bass), and the preparation (in association with Charles Eames) of a seven-screen presentation for the Buckminster Fuller Dome in Moscow. 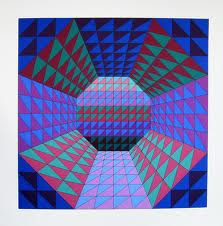 Who is Victor Vasarely? (Color, 1968)
This rare documentary features French/Hungarian artist Op Art genius Victor Vasarely filmed at his home, studio space and art exhibitions. The film is set in Provence, France and describes Vasarely's work, processes, theories on art through interviews with the artist in addition to a female narrator reciting his writing. The film showcases his artwork and uses graphics extensively. Cinematography heavily influenced by Vasarely’s love of geometric shapes.

Discovering Electronic Music (Color, 1983)
An introduction to the synthesizers and computers used to create electronic music, including the legendary Fairlight CMI, one of the first sampling synthesizers used for pop music production. Directed by Bernard Wilets, a veteran educational producer and particularly known for his “Discovering Music” series.

Faces of Chinatown (Segment, B+W, 1963)
A rare documentary film segment about the infamous history San Francisco’s Chinatown, from its beginning to the early 1900’s. This film profiles the riot of white mobs descending on Chinatown, the development of the Tongs or “hatchetmen”, and the gradual change of attitude by which the Chinese came to regard San Francisco as home – and began to adopt Western ways. The music for the film was composed and performed by the avant garde musician and composer Harry Partch. 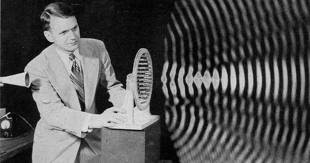 Raga (Color, 1971)
A trailer for the legendary documentary film about the life and music of famed Indian sitarist Ravi Shankar, championed by Beatle George Harrison. 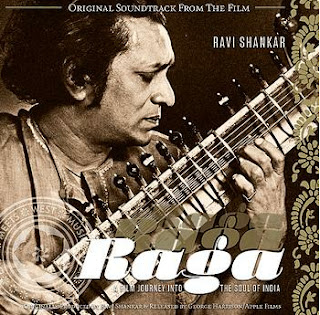