Picture This: Image-Making from the Scratch Pad to the Silver Screen - Thurs. July 19 - 8PM 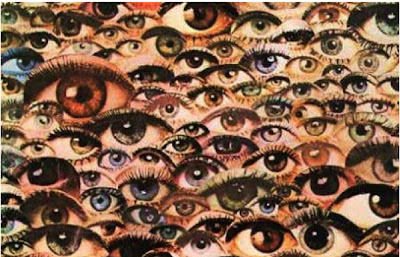 Oddball Films and guest curator Lynn Cursaro present Picture This: Image-Making from the Scratch Pad to the Silver Screen, a freewheeling look at the ways we immortalize the stuff of life. Scratch pad doodles come to life in Trikfilm (1973). Norman McLaren's Boogie Doodle (1941) gives a squiggle the grace of an Astaire. The powdering of a shiny nose is more bizarrely beautiful as one of the Moving X-Rays (1950). Oscar winning Frank Film (1973) weaves magazine cut-outs into a mid-century portrait of American plenty. The raw material of memories, Kodak photo-paper, rolls out in dizzying quantity to be Behind Your Photos (1970s). Can colorful payphone tokens re-enact a convincing shoot 'em up? Mais oui, as Le Western (1971) proves. Art Talent Test (date unknown) can assess your aptitude with science! Busby Berkeley pushed movie iconography a step further when he conjured up a thousand Ruby Keelers for the show stopping I Only Have Eyes for You number from the 1934 musical Dames. And more eye-popping surprises, as well as the usual home-baked treats from the Kurator's Kitchen! 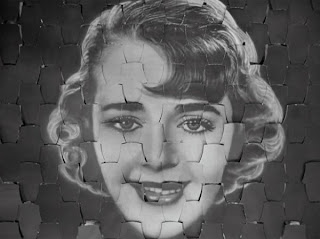 
A rich, multilayered portrait of the boom years by Frank and Caroline Mouris. Thousands of magazine images intertwine with two soundtracks- one, a listing of words beginning with "F" and the other relating the co-director's biography- to tell the story of the post-war generation. What might have once been seen as a witty critique of consumer aspirations, over time Frank Film has become imbued with a sunny optimism for today's viewers. This short but vital work garnered an Academy Award and a spot on the National Film Registry of the Library of Congress in 1996. And, what's more: it's just plain gorgeous!


A charming excerpt from director Ray Enright's Dames. During the spectacular musical number I Only Have Eyes for You, Ruby Keeler is the only girl in the world, but there are hundreds of her in this dreamy landscape.  And from those hundreds, one face emerges, and when Miss Keeler pops out of a giant eye there can be little doubt that notorious dance director Busby Berkeley was something of a Hollywood branch of the Surrealist movement.

Trikfilm  (Color, 1973)
Tune in the top 40 radio and get doodling! A man, a cup of coffee or two, a scratch pad and a red felt pen: these can be the raw ingredients for a shopping list, a phone message or maybe even animation in its most basic form. Live action and animation are cleverly fused as the animation process and the product are presented side by side.  Directed by George Carey Griffin. 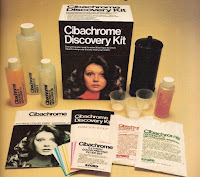 Behind Your Photos (Color, 1970's)
This Kodak industrial short may start off with a zesty layer of corporate cheese, but by the time emulsion mixing starts, it's visually mesmerizing to watch the detailed process. Although many basic papermaking techniques are used, Kodak uses only the best pulp for its paper. Each batch is rigorously tested at every step of the process with specialized instruments that will make your inner geek positively giddy. Meet the Swell-o-meter!

Moving X-Rays (B&W, 1950)
MRI, schmeMRI! For more than a century, X-ray images have illuminated the workings and anomalies of the human body and other objects of mystery, but they still have the ability to fascinate. Director John Kieran's Kaleidoscope was a 15-minute documentary series that aired from 1949 to 1952. Kieran's folksy but learned approach gives Moving X-Rays gives a comfy sense of wonderment at the eerie beauty of these familiar images.

Boogie Doodle (Color, 1941)
Animation pioneer Norman McLaren's approached animation from many unique angles, including by painting directly onto film.  In this prime and colorful example, assorted lines, blobs, hearts and squiggles frolic and jitterbug across the screen in an exuberant riot of abstraction to the beat of Albert Ammons.

This coin slot's not big enough for the both of us! The tropes of the western genre are so well worn that when re-enacted with geometric shapes grunting in a vaguely French manner, it makes very little difference.  The players here are jetons, the payphone tokens once widely used in Europe, leaving us to wonder how long director Jean-Charles Meunier had to wait for a phone.

Art Talent Test (Color, Date Unknown)
Michael Kent, "World-renowned Talent Scout" wants you to know that there are valuable careers in the arts, but only if you have the talent.  We've all seen the ads from Art Instruction Schools in the back of magazines for decades.  You may have even tried your hand at recreating that cheeky little turtle in a cap. Now, see an early-promotional film from the late 50's or early 60's and see if a career in the arts is for you.

And even more visual and edible goodies!
Plus, For the Early Arrivals:

Crayon (Color, 1964)
Crayon is not afraid to go-go-go outside the lines . . . with a cool vibraphone score! Schoolroom auteur Stelios Roccos brings his vibrant style to an inspiring study of amazing crayon techniques from plain old coloring-in, to the melty fun of encaustic and batik.
About the Curator
Lynn Cursaro is a local film blogger. Over the past two decades, she has worked in research and administrative positions a variety of Bay Area film organizations