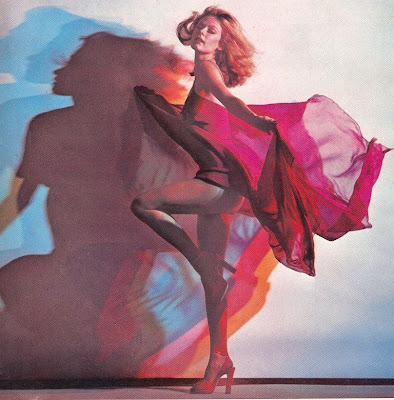 Oddball Films and guest curator Kat Shuchter bring you So You Think You Know Dance?, a sumptuous evening dedicated to the art of Dance and the transformative nature of film to bring that art and beauty out in new and innovative ways.  The grande dame of modern dance, Martha Graham, brings us into her studio as her dancers demonstrate the techniques created and imparted to them by the pioneering dancer and choreographer in A Dancer's World (1957).  Maya Deren's A Study in Choreography for the Camera (1945) serves both to capture dance as well as transform it into a post-modern work of art. The two biggest names in on-screen hoofing, Gene Kelly and Fred Astaire, team up for a Heavenly dance-off in The Babbitt and the Bromide (1945).  Lili St. Cyr, the one-time Queen of Burlesque, dirty dances her way clean in Bubble Bath Dance(1952).  Canadian experimental animator Norman McLaren uses optical superimposition to give us his ethereal vision of ballet in the breathtaking Pas De Deux (1968).  Finally, we will see the true synthesis of dance, art, and music in the stunning piece Merce Cunningham (1964), that features not only the visionary choreographer, but his collaboration with masters in their own fields, John Cage and Robert Rauschenberg.  It is a night of beauty, movement, and artistry that may inspire you to get out of your seat and move your feet! 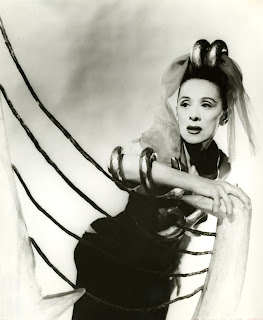 A Dancer’s World (B&W, 1957)
Dancer, Choreographer, and Teacher Martha Graham offers insight into her theories about dance while the members of her world famous troupe display a number of their dance techniques. One of the great artistic forces of the twentieth century, performer, choreographer, and teacher Martha Graham influenced dance worldwide. A Dancer’s World (1957), narrated by Graham herself, is a glimpse into her class work and methodology.
In A Dancer’s World Graham describes her profession in her exalted phraseology, replete with quotations from modern poetry, that was natural to her. Her way of speaking dates the film, as do  her massive chignon, the black servant, in a maid’s uniform, who hands her her clothes. These things are true to those times, which was also one of the most exciting moments in the history of American modernist art. Graham, who was raised in Pennsylvania and California and trained in the decorative and “exotic” dancing 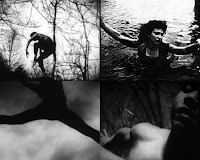 dominant in the early decades of the twentieth century, founded her company in New York in 1926 and went on to alter American (and international) dance permanently, bending it to modernism’s severe lines and perilous emotions. A Dancer’s World illuminates her innovative style that placed her at the front of the mid-century vanguard. The historian John Mueller called A Dancer’s World  “one of the most beautiful dance films ever made.”


Maya Deren was one of the most important avant-garde filmmakers of the 20th century working and spending time with such artists as Marcel Duchamp, Andre Breton, John Cage and Anaïs Nin. In A Study in Choreography Maya  Deren's 16mm Bolex becomes a performer equal in significance to the star of this film, Talley Beattey. In the opening sequence Deren's camera rotates more than 360 degrees, scanning past the figure in movement. In this film Deren articulates the potential for transcendence through dance and ritual. Deren writes, “The movement of the dancer creates a geography that never was. With a turn of the foot, he makes neighbors of distant places" -Wendy Haslem 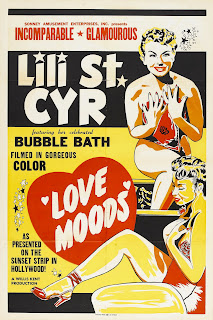 The Babbitt and the Bromide (Color, 1946)
The two biggest dance sensations of the Hollywood Golden Age, Gene Kelly and Fred Astaire pal up to do a three part comedy-musical number from the film The Ziegfeld Follies.  This was the only time the two giants would dance together on screen until 1975, when they were both past their prime.  The dancers also choreographed the three numbers to with music by George and Ira Gershwin.


Lili St. Cyr was the most influential burlesque dancer in the second half of the 20th century. Her hip-swiveling ways swayed pop-culture sirens from Marilyn Monroe (who copied her style) to Madonna (who bought her famous push up bras) for decades to come. St. Cyr shimmied across the country with inventive routines in posh nightclubs amassing legions of famous fans, including Humphrey Bogart and Ronald Reagan. Her notoriety and fame brought financial and commercial successes, with roles in movies like Howard Hughes' Son of Sinbad and Norman Mailer's The Naked and the Dead.  Here, we see a segment of her infamous Bubble Bath Dance from the film Love Moods. 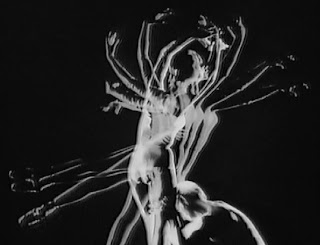 Pas De Deux (B&W, 1968)
Canadian experimental animator, Norman McLaren uses film to create a hypnotic dream world out of the simple balletic movements of two dancers.  With minimal lighting, the two glow against the black backdrop, and as he utilizes camera and editing techniques, the dance is transformed into a meditation of movement and pure, ethereal beauty.  The optically superimposed images make the viewer aware of each scintilla of body motion.  With dancers Margaret Mercier and Vincent Warren  and a soundtrack by the Folk Orchestra of Romania.  Winner of the 1969 BAFTA award for best animated film. 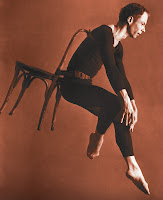 
About the Curator
Kat Shuchter is a graduate of UC Berkeley in Film Studies.  She is a filmmaker, artist and esoteric vintage hoarder.  She has helped program shows at the PFA, The Nuart and Cinefamily and was crowned "Found Footage Queen" of Los Angeles, 2009.