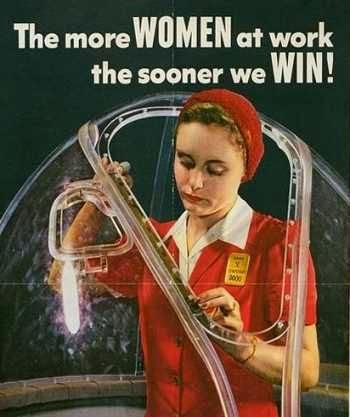 Oddball Films welcomes Ladyfest Bay Area for a filmic celebration of strong powerful women throughout history in the program Sisters are Doin' It for Themselves. From lady wrestlers to big band leaders, musical numbers and animated inspirations, this multi-faceted program of vintage 16mm films documents the shifting role of women over the last 70 years and those pioneers that paved the way for women's equality. Films include Faith Hubley's Women of the World (1975), a beautiful animation about the many shifts of women's importance through history; Lipstick and Dynamite (1949) with two furious femmes brawling for the wrestling championship; all-girl big band Rita Rio and her Rhythm Girls tear up the stage in the sensational soundie Feed the Kitty (1942).  Katherine Hepburn heralds the rise of women in the workplace during WWII in the Eleanor Roosevelt penned Women in Defense (1941). Marlo Thomas and Harry Belafonte wants kids to know that gender-based roles are a thing of the past and mothers can be construction workers too in the musical excerpt Parents Are People from Free to be...You and Me (1974). Then, step into the shoes of real female construction workers, architects and coast guards in Attention: Women at Work (1984). A suburban grandmother remakes herself into a New York City art star in an inspiring segment of Woo Hoo: May Wilson. Plus, an entertaining look at history and changing social mores from a woman who lived through it all in an excerpt from Martha Coolidge's (Valley Girl, Real Genius) portrait of her Yankee Grandmother, Old-Fashioned Woman (1974). 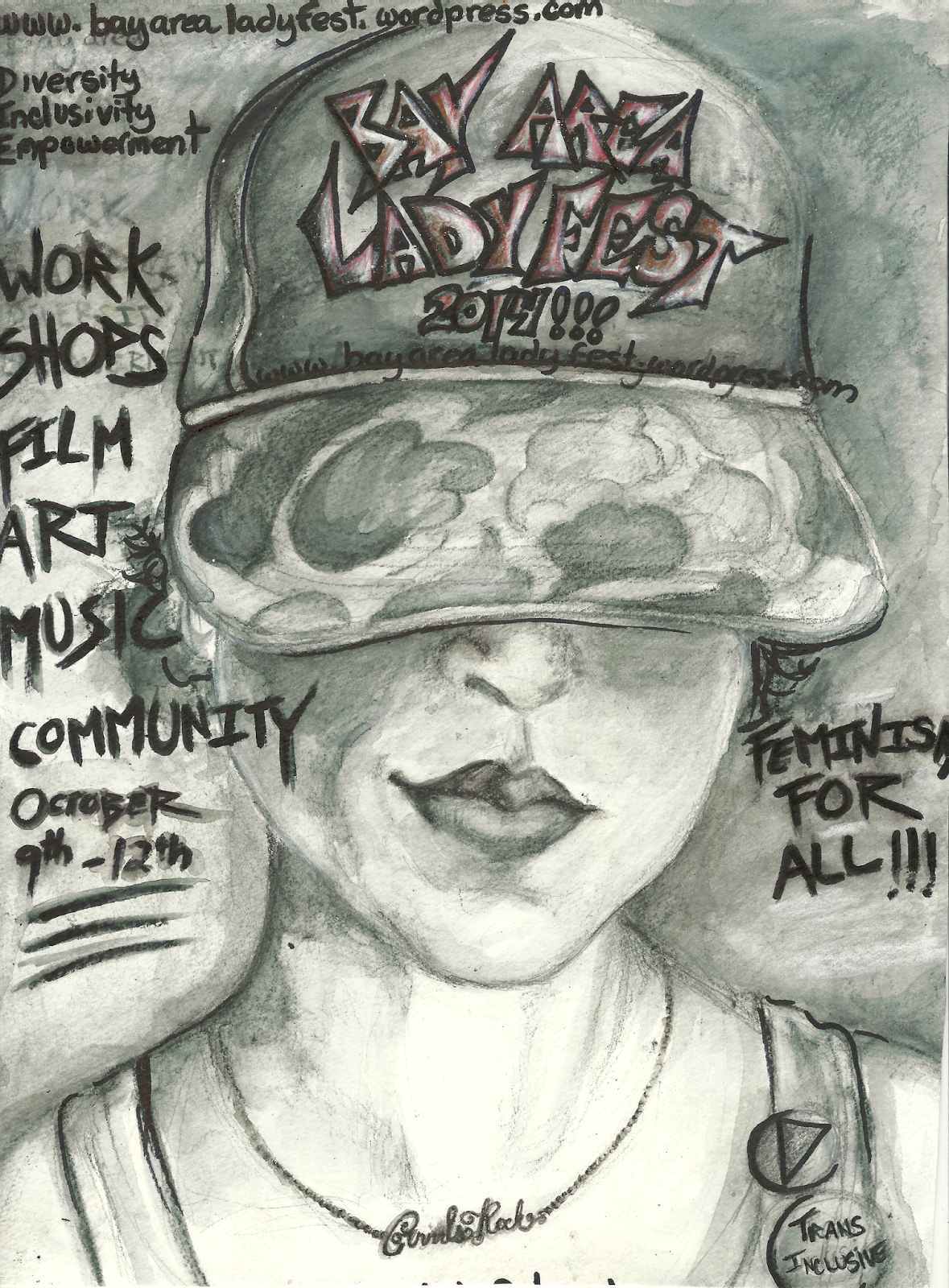 
Women of the World (WOW) (Color, 1975)
Wife and partner of animator John Hubley (sharing several Oscars), Faith Hubley began work on Women of the World as her first solo project (with help from other women in her circle, including daughter Georgia (drummer/vocalist for Yo La Tengo). A beautiful and artistic history of the world from a feminist point of view. 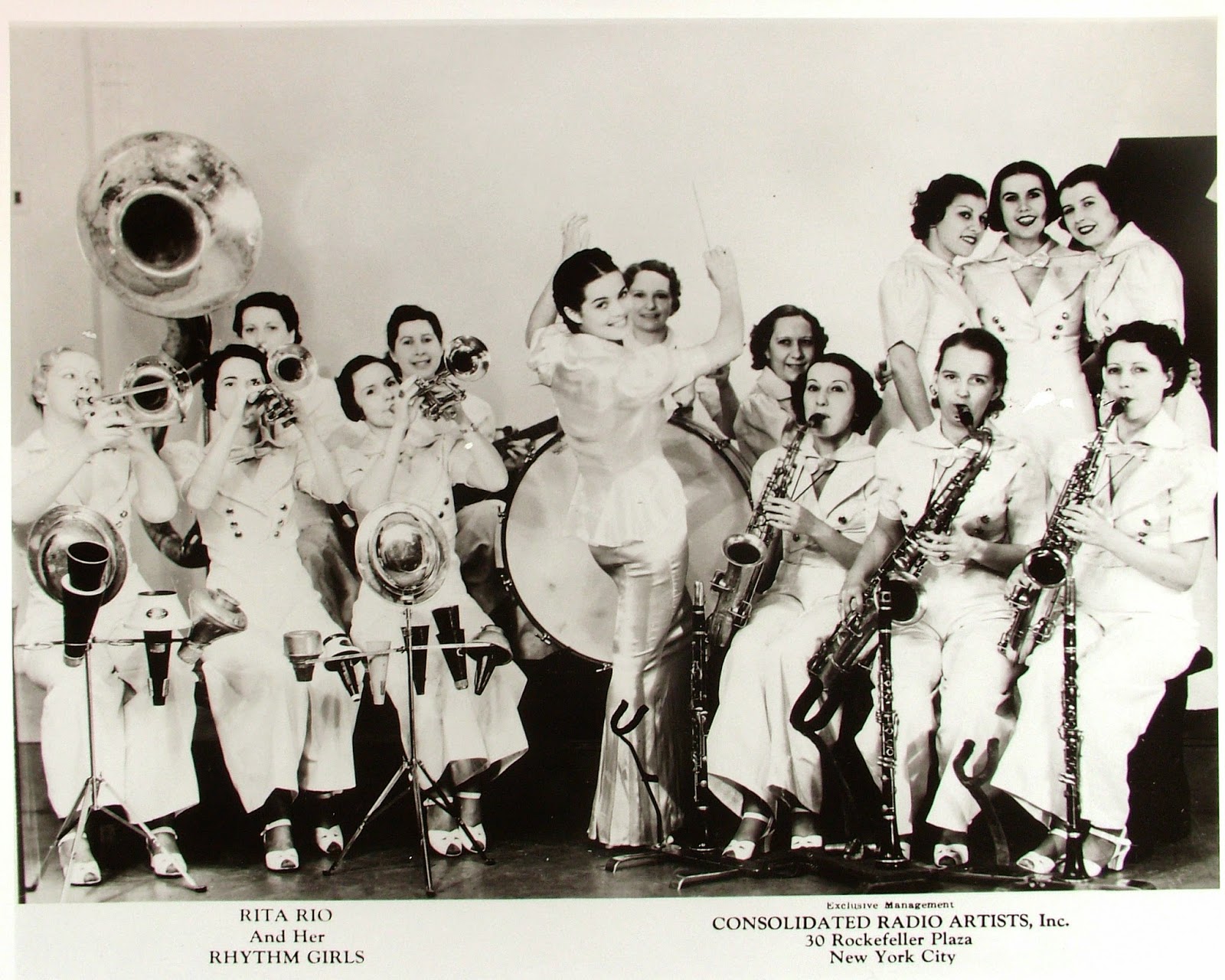 
Rita Rio (later known as Dona Drake) and her all girl orchestra tear up the big band stage in this jazzy soundie for the ladies.

Women in Defense (B+W, 1941)
For an enterprise involving so much metal and machinery there certainly is a lot of sewing! Many of the skills women have naturally are needed for the nation's defense. Tiny ball bearings and other precision instruments need the touch of well-manicured feminine hands. Or at least this is what the narration, written by Eleanor Roosevelt and read by a very Katharine Hepburn-sounding Katharine Hepburn, would have you believe. 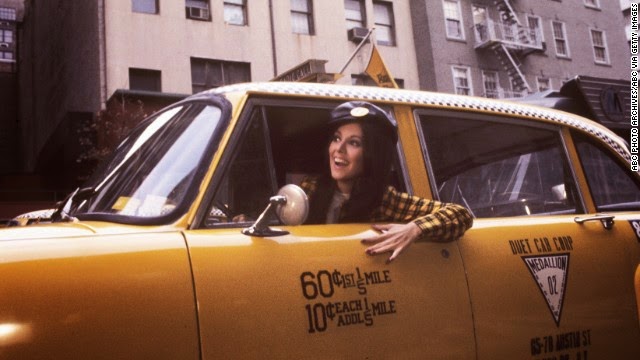 Parents are People from Free To Be...You and Me (Color, 1974)
Calypso crooner Harry Belafonte and Marlo attempt to alert children to the fact that their parents have dreams, jobs and other responsibilities besides their children and that the possibilities in employment aren't limited by gender stereotypes. Donning various garbs of kinds of employment-including Marlo wielding a jackhammer- this ditty also encourages kids to choose their own paths in life, not to let gender roles stand in the way. 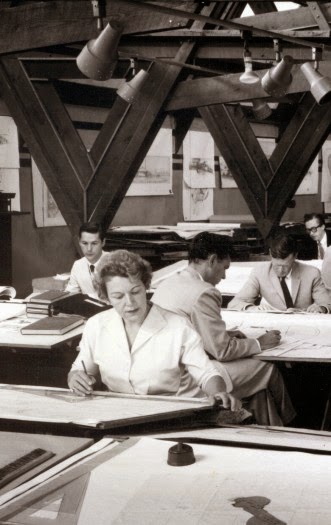 Attention: Women at Work (Color, 1983)
Women have to work hard in the bedroom and the workplace. This film surveys attitudes toward women in the workplace and presents portraits on women who do jobs men usually do. Lady Construction workers, architects and coast guards all invite us into the strange and wonderful world they occupy doing man’s work. Though we’ve come a long way in today’s workplace, these portraits remind us how we construct our own gender identities through our work places. 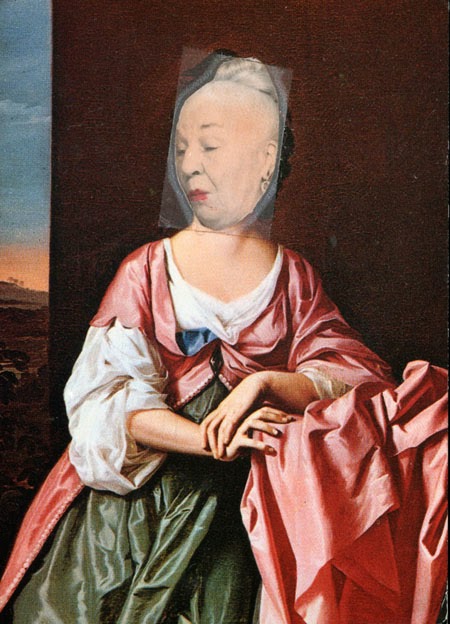 Woo Who? May Wilson (Color, 1970, excerpt)
A portrait of artist May Wilson, former "wife-mother-housekeeper-cook" and a grandmother who, at age 60 after the break-up of her 40-year marriage, moves to New York City and discovers an independent life of her own for the first time. With humor and insight the film shows her acquiring new friends and a new self-image, and we watch her gain success as "Grandma Moses of the Underground."

About Ladyfest
Ladyfests are annual, non-profit events organised mainly by womyn; they feature bands, musical and political groups, lecturers, spoken word and visual artists, workshops and discussion groups and are organised purely by volunteers. The events are focused mainly on encouraging the talent of womyn and girls, and some workshops are womyn-only, so as to make them feel more comfortable, however, main music events and films/art exhibits are open to everyone.  Click here for more information and events.