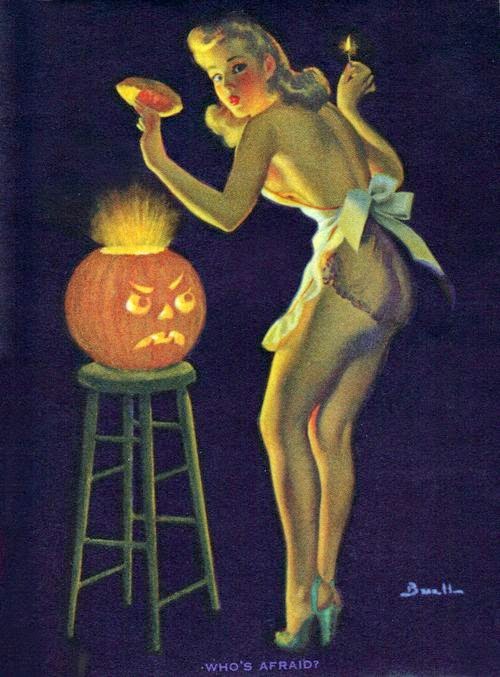 Oddball Films presents Oddball's Haunted Halloween Hullabaloo, a special Halloween program of haunting ephemeral films with dancing ghosts, satanic stripteases, creepy cartoons, ghostly educational films, murderous musical numbers, terrifying trailers and more spooktacular cinema. Ichabod Crane faces off against a faceless undead monster in the much beloved Di$ney classic The Legend of Sleepy Hollow (1949). Betty Boop heads down to Hell and melts the king of the underworld with her icy stares in the jazzy Fleischer Brothers' cartoon Red Hot Mamma (1934). Burlesque queen Betty Dolan dances with the Devil in the sizzling Satantease (1950s). Spencer Tracy imagines an afterlife of tormented but beautiful writhing hordes in an infernal excerpt of Dante's Inferno (1935). Gracie Barrie sings about justifiable homicide in the killer soundie Stone Cold Dead in the Market (1946). One young boy speaks to a restless teen spirit and learns valuable lessons in bus safety in the educational shock film Ghost Rider (1982). Joseph Cotton narrates a loving overview of how to kill some of the silver screen's most horrific creatures in an excerpt of Monsters We Have Known and Loved (1964).  With a rockin' musical break, featuring some interpretive-dancing spectres in an Old-West ghost town from John Byner's Something Else (1970). Plus a cemetery-full of Horror Trailers, campy educational primer Halloween Safety (1985) for the early ghouls, sweet treats and more satanic surprises, haunt on down to Oddball and get your Halloween started right! 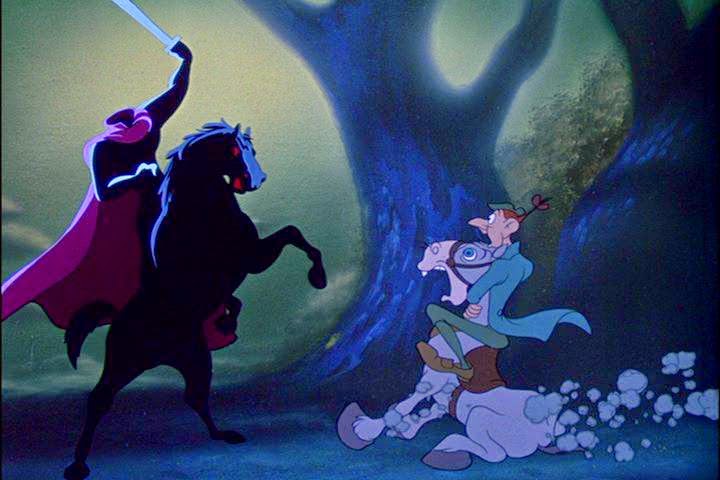 
The Legend of Sleepy Hollow (Color, 1949)
Gangly school teacher Ichabod Crane has a fearful night when he runs into a headless demon on horseback in this much beloved Di$ney classic.  Adapted from Washington Irving's tale and narrated by Bing Crosby.


This 1935 version of the afterlife stars Spencer Tracy, and claims “It Will Burn Itself In Your Memory Forever”. This haunting excerpt features the fires and torments of the netherworld. In the age of Busby Berkeley musicals, this Inferno is chock full of hundreds of writhing tormented souls. An awe-inspiring spectacle of beauties and brimstone.

The Devil's Mill (Color, 1949, excerpt)
A delightfully spooky stop-motion puppet short from Czech master Jiri Trnka. An old soldier sets out to defeat the evil forces that dwell inside an old mill.  When he spends the night in the haunted place, the demons inside do their best to foist him out, but the veteran stands tall and stands up to the mischievous evil. This excerpt features a dancing demon and a delightful array of puppet poltergeisting.


The next time Kevin sees Tracy on the bus, she gives him a bus safety manual and begs him to read it. The other kids wonder who he’s talking to. Then Kevin finds out that Tracy is a ghost. She died in a bus accident, and what’s more, she used to live in the same house as Kevin… 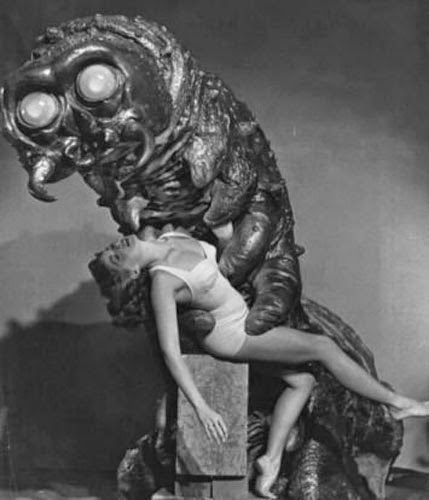 Monsters We Have Known and Loved (B+W, 1964, excerpt)
From the short lived TV series “Hollywood and the Stars”.  Narrated by Joseph Cotten, this half program examines the famous and bizarre creatures that have graced the silver screen. This excerpt features a hilarious How-To montage of monster-extermination. 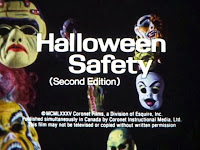 Using a poorly animated jack o’lantern and the simplest English possible, the perils of All Hallows Eve are trotted out to teach kids that there’s no way they’ll be safe without a grown-up. Designed to insult anyone over the age of 4, this gem will have you reaching for a razorblade apple in no time. 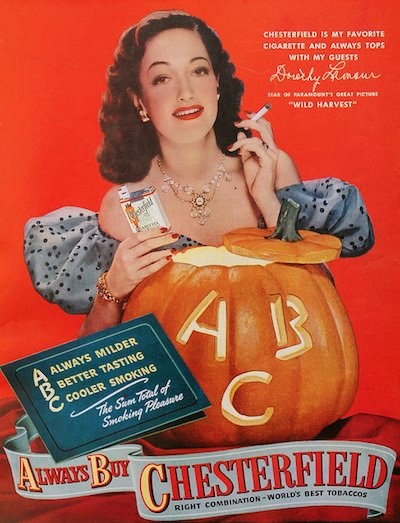