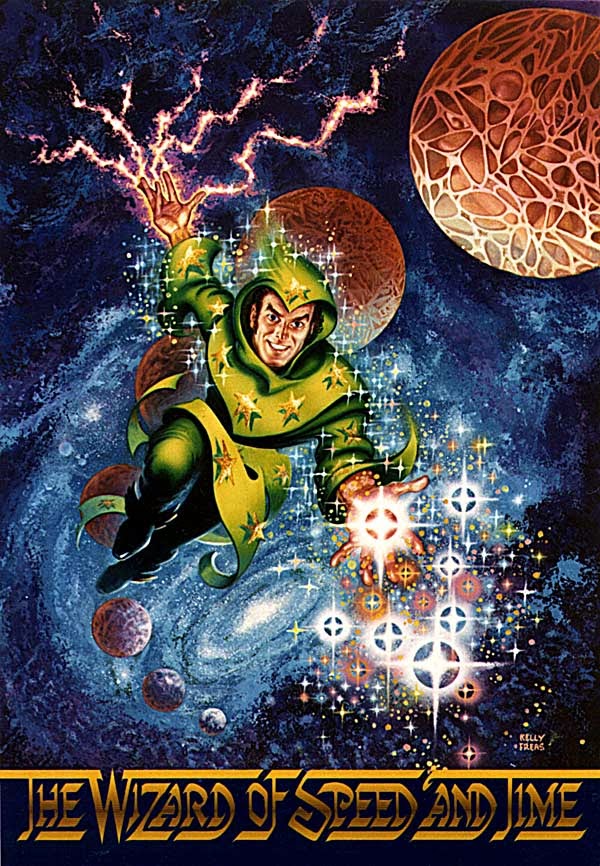 Oddball Films presents Strange Sinema 81: Time, Space and Movement, a monthly screening of new finds, old gems and offbeat oddities from the archive. Drawing on his collection of over 50,000 16mm film prints, Oddball Films director Stephen Parr has compiled his 81st program of classic, strange, offbeat and unusual films. This eye-popping program explores the themes of Time, Space and Movement (the representational essence of film). By slowing and accelerating time, compressing and distorting space (and distance), arresting and suggesting movement, these filmmakers explode the boundaries of conventional film, inducing a meditative, trance-inducing and in some cases a near-epileptic response in the viewer.  Films include: Spacy (1981), a stunning, hypnotic experimental short by Japanese avant garde maestro Takashi Ito; USA Film (1977) a single framed drive across the USA in 17 minutes; Allegro Ma Troppo (1963), the astonishingly beautiful ode to Paris; The Story of Time (1949), a beautiful and surreal stop-motion film about time sponsored by Rolex; Passion (1961) A hip, stylish and stunning puppet animation about a dare-devil boy who speeds his bicycle past the girls, eventually graduating to hot rods and motorcycles getting into more and more dangerous situations; Cosmic Zoom (1968), this short animation that transports us from the farthest conceivable point of the universe to the tiniest particle of existence; Rendezvous(1976), Claude Lelouche’s brilliant, high-speed drive across Paris via sports car (an oddball favorite!); Fantasy (1975), a hallucinatory handmade animated film from San Francisco animation legend Vince Collins evokes his mind-blowing brand of surrealist psychedelia; and The Wizard of Speed and Time (1979), a hilarious/ridiculous short by Mike Jitlov (the original short, later turned into a feature film) and more strange surprises! 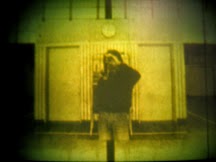 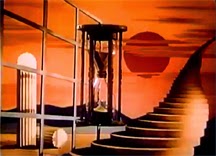 The Story of Time (Color, 1949)
Sponsored by the Rolex watch company this truly unique Technicolor short pulls out all the stops in its history of time telling from prehistory through the modern age. With music from the London Philharmonic Symphony in the background The Story of Time utilizes surreal stop motion claymation, optical printing and over-the-top narration to give us a dazzling perspective on time through the ages.

Rendezvous (Color, 1976, Claude Lelouch)
Brilliant, high-speed drive across Paris via sports car.  Director Claude Lelouch (A Man and a Woman) mounted a camera to the bumper of his Mercedes 450SEL and zooms through the early morning streets of Paris at speeds up to 140mph, narrowly missing several stunned pedestrians (he was arrested immediately after the first screening). One take, real time- you won’t believe your eyes. Oddball has several copies of this gem; tonight we will be showing a simultaneous double projection- stereo mayhem! 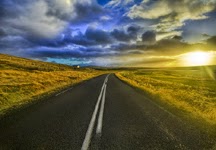 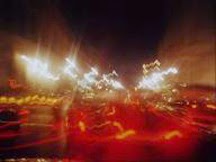 Allegro Ma Troppo (Color, 1963, Paul Roubaix)
A Parisian evening, conveyed through automatic cameras and imaginative cinematography of the life of Paris between 6PM and 6AM shot at two frames per second utilizing automatic cameras. From strippers to car crashes, Paul Roubaix’s Allegro Ma Troppo evokes the intensity and variety of nocturnal life in the City of Light through speeded-up action, freeze-frame, and virtuoso editing. 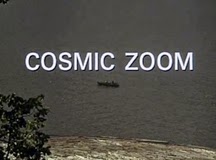 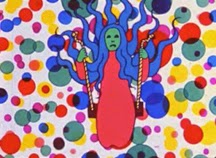 A young man in a green wizard costume runs throughout America at super speed, much like the superhero The Flash. Along the way, he gives a pretty girl a swift lift to another city, gives golden stars to other women who want a trip themselves and then slips on a banana-peel, and comically crashes into a film stage, which he then brings to life in magical ways. A tour-de-force of fast-paced fun!