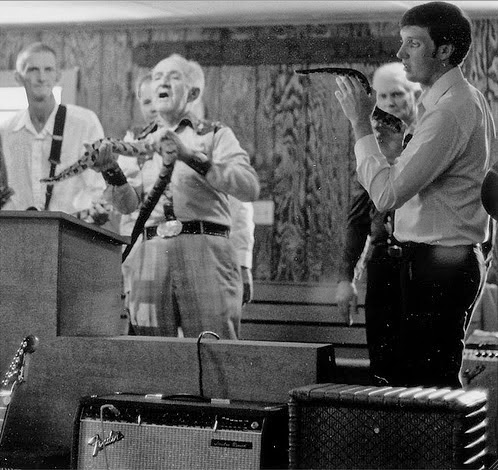 Oddball Films presents Trance Cinema: The Power of Possession. Drawing on rare ethnographic, documentary and experimental acquisitions from the archives; this program showcases powerful healing ceremonies, ceremonial dances and ritualized trance states from around the world. Films include Holy Ghost People (1967), San Franciscan Peter Adair’s (“The Word is Out”) legendary cinema verite documentary about Pentecostal snake handlers in rural West Virginia; Ma’Bugi: Trance of the Toraja (1973) a dazzling supernatural healing rite involving trance states and the ascent of a ladder of knives, shot in Indonesia; The Plains Indians: Sundance Ceremony (1947), documenting a powerful American Indian tribal ceremony and Buck Dancer (1965), a rare, mesmerizing musical short shot in rural Mississippi by famed ethnomusicologist Alan Lomax. Transport yourself into ecstatic and altered states of being all while sitting down. 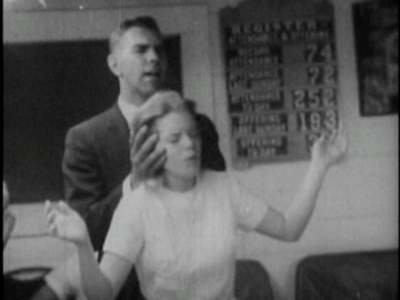 
Rightly hailed by Margaret Mead as one of the best ethnographic documentary films ever made, and a staple of every documentary film studies course “Holy Ghost People” by the late San Francisco filmmaker Peter Adair(“Stopping History”, “Word is Out”) examines the Scrabble Creek, West Virginia Pentecostal congregation whose fundamentalist philosophy encourages a literal interpretation of the Bible. The film reveals the religious fervor, the faith healing, the trances, the glossolalia (speaking in tongues), the anointing, the ingestion of poison(Strychnine) and the use of rattlesnakes in the church’s religious services.  Shot inside the cramped interior of a poor, rural church Adair allows the raw power and the purity of the congregation’s faith speak for itself and documents it unflinchingly. Says one member: “I could feel the quickening power of the holy ghost . . . I would dance under the power, and the quickening power would get on me.” Inside the church people surrender to the spirit, shrieking, flailing, crumpling to the floor, talking in tongues, drinking poison, and handling snakes as the ultimate test of their faith.


Holy Ghost People” is visceral and jarring, dizzying and frenetic and captures the deep faith, ecstatic states and lethal consequences of their belief. 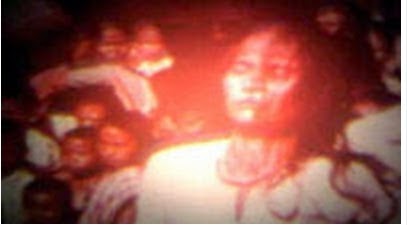 Ma’Bugi: Trance of the Toraja (1973, Color)
On the other side of the world "Ma’Bugi: Trance of the Toraja", depicts an unusual trance ritual that functions to restore the balance of well-being to an afflicted village community. This film clearly portrays the song, dance and pulsating tension that precede dramatic instances of spirit possession in the Toraja highlands of Sulawesi (Celebes) Island, Indonesia. "Ma’Bugi: Trance of the Toraja", augments the growing body of documentation of ritually sanctioned altered states of consciousness. This remarkable film communicates both the psychological abandon of the trance state and the often neglected motivation underlying such activities as the supernaturally curing of the chronically ill and the ascent of a ladder of knives. The ceremony is narrated by the Tominaa, priest of the ancestral Toraja religion. 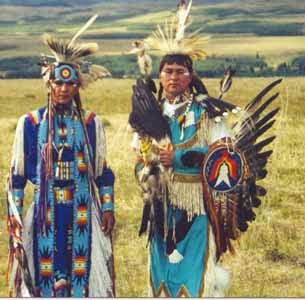 Buck Dancer (1965, B+W)
This film is a rare portrait of an African American buck dancer and fife player who briefly performs on the steps of his home in rural Mississippi. The film was made by the great American ethnomusicologist Alan Lomax.