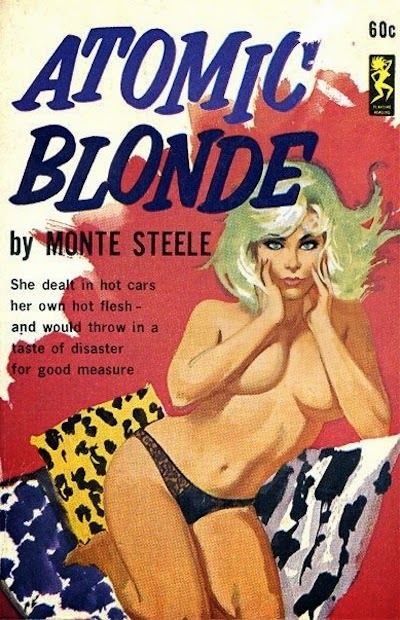 Oddball Films presents Strange Sinema 87: Sex and Youth in the Atomic Age, a once monthly evening of newly discovered and avant-garde rarities from the stacks of the archive. Drawing on his collection of over 50,000 16mm film prints, Oddball Films director Stephen Parr has compiled his 87th program of classic, strange, offbeat and unusual films. This program features a rare black and white peek at the repressed and uptight 1950s-from A-Bomb scare films to social guidance films featuring unintentionally hilarious morality lessons on topics such as dating, family life, courtesy, citizenship, and sex education. We start off with the classic burlesque of Lili St Cyr’s Bubble Bath Dance (1950s), a risqué set piece for a repressive time, followed by the frightening and alternately hilarious Atomic Alert (1951), an atomic scare film about what to do when an atomic bomb hits (don’t worry-it’s survivable!); Are You Popular? (1947) one of the best examples of post-World War II moral hygiene films, featuring examples of "good" and "bad" girls, proper and improper dating etiquette and courtesy to parents; Shy Guy (1951), featuring young Dick York (“Bewitched”) who follows his dad’s suggestion to help others and make himself a popular guy; Dating Do’s and Don’ts (1949) long recognized as one of the campiest educational films ever made and a fun how-do guide following clueless Woody’s quest to ask fun girl Ann out on a date; The Innocent Party (1959) a sex hygiene guilt tripper where we learn about a dirty girl with a secret-VD, the gift that keeps on giving; The Trouble With Women (1959) featuring a shop supervisor’s apparent “problem” with women in his workplace. Plus, a look inside the steamy pseudo-smut of the repressed 50s featuring Bikini Girls (1950s), three titillating tales featuring bikini-clad women doing things that expose themselves like applying suntan lotion, trying on clothes and “getting comfortable” in the hot sun; a sexy and sexist look at the lighter side of eroticism. And pre-show cigarette commercials! 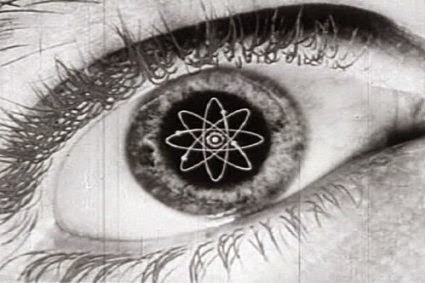 Atomic Alert (B+W, 1951)
This film informs students of the steps to take in case of an atomic bomb alert or an A-bombing without warning at school, in the open, or at home. "In this early and troubled stage of the Atomic Age, our very lives may depend on always being alert." Viewed in post-Cold War hindsight, a disturbing manual of protocols for coping with Armageddon. 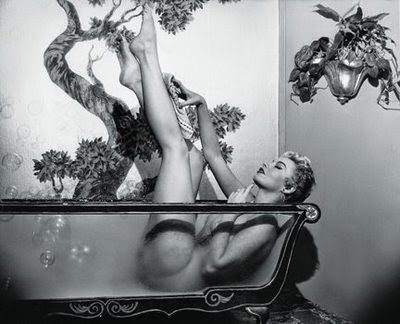 Lili St. Cyr in Bubble Bath Dance (B+W, 1950s)
Lili St. Cyr was the most influential burlesque dancer in the second half of the 20th century. Her hip-swiveling ways swayed pop-culture sirens from Marilyn Monroe (who copied her style) to Madonna (who bought her famous push up bras) for decades to come.
St. Cyr shimmied across the country with inventive routines in posh nightclubs amassing legions of famous fans, including Humphrey Bogart and Ronald Reagan. Her notoriety and fame brought financial and commercial successes, with roles in movies like Howard Hughes' Son of Sinbad and Norman Mailer's The Naked and the Dead. 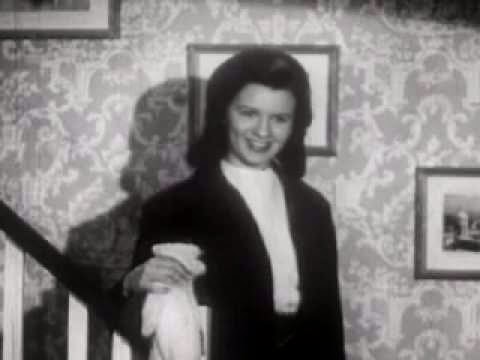 Are You Popular? (1947, B+W)
One of the best examples of post-World War II social guidance films, with examples of "good" and "bad" girls, proper and improper dating etiquette, courtesy to parents, and an analysis of what makes some people popular and others not. A scream and a sobering and unintentionally hilarious document of postwar conformity 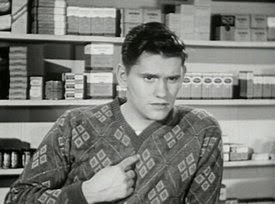 Shy Guy (1947, B+W)
Phil, new in his high school, follows his father's suggestion and observes the most popular students to determine what makes them popular. By offering to help others he becomes popular himself and sheds his shyness. If the "shy guy" were living now, he would be a hero. But hackers, geeks, and bad girls were not popular in 1947 and this movie is all about "fitting in." Phil (played by Dick York, later to star as Darin in the tv series “Bewitched”) is the son of an apparently single father has a problem "fitting in." Everything from the nature of the kids in the new town ("different") to what they wear ("not jackets like me, but a regular sweater") sets Phil apart. Armed only with confusing advice from his father, Phil has to reorganize his behavior and make a new home for himself. Shy Guy marks a kind of turning point in postwar history. When Mr. Norton advises Phil to "look around him" and see what the other kids are wearing and how they behave, he's conceding parental authority to the "gang" and, ultimately, helping to legitimize the formation of a distinct youth culture that rests on group identity and validation rather than the authority of elders. Such a youth culture probably has its roots in the wartime autonomy that teens experienced, but here the adults are okaying it. This change, of course, is one of the key social currents in postwar America. This is Dick York at his dorkiest. Dick's father is especially strange in this classic. Shy Guy is the film that established Coronet as THE social guidance filmmaker. Required viewing! 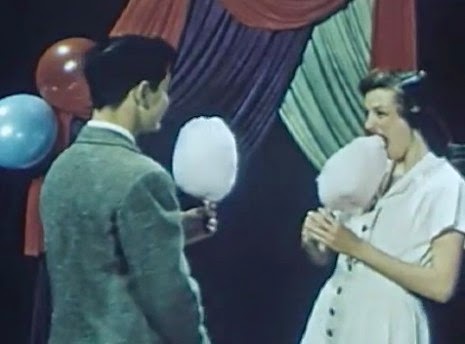 Dating Do’s and Don’ts (1949, B+W)This social guidance "how-to" film has received more camp accolades than any other, and deserves it. Alan Woodruff ("Woody") receives a ticket to admit one couple to the upcoming Hi-Teen Carnival. "One couple," Woody reflects. "That means a date! Not like just going around with the crowd!" Woody decides to ask Ann Davis, who, the narrator points out, "knows how to have a good time." With her perpetual squint and chipmunk cheeks, Ann (pronounced "Ay-yun" by the actors in this film) is the perfect companion for super-nerd Woody. At crucial moments in the date, the narrator stops the action and presents Woody with several possible options for his actions. Happily, Woody makes all the correct decisions and ends up walking home from Ann's doorstep whistling with satisfaction at a job well done. "Thanks so much," says Ann with a toothy grin. "I had LOADS of fun."

The Innocent Party (1959, Color)
The guilt-tripped noir-like shocker about a “dirty” girl and her hidden secret- VD! See what happens when she “gifts’ her boyfriend with it!  A cool beatnik-jazz soundtrack highlights this sordid tale produced by the Kansas  State Board of Health!

The Trouble With Women (1959, B+W)This industrial training film illustrates some of the perceived gender problems a male supervisor might face working with women, but ultimately demonstrates where the real problem lies. So, what IS Brad's problem?

Bikini Girls (B+W, 1949)
Three titillating tales featuring bikini-clad women and an over-the-top narrator. Shot over 50 years ago these risque shorts always feature women doing things that expose themselves like applying suntan lotion, trying on clothes and “getting comfortable” in the hot sun. A sexy and sexist look at the lighter side of eroticism in the 1940s. 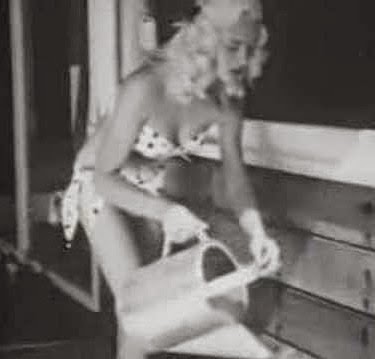 “Beachcombing Belle” A brunette does laundry in a tide pool and strips down to a bikini and sun bathes. The waves wash away her clothes!

“Ants in her Pants” A blonde beauty gardens. The narrator talks about trimming tress as she strips to her bikini. She continues to water plants in her yard wearing a bathing suit.

“Goldilocks Goes Glamorous” A blonde woman walks through the forest and stumbles on the three little bears house. She tries on the families bathing suits and decides Baby Bear’s bikini is just the right fit... 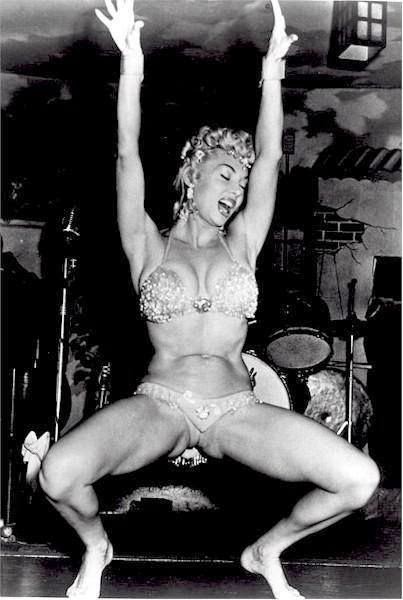