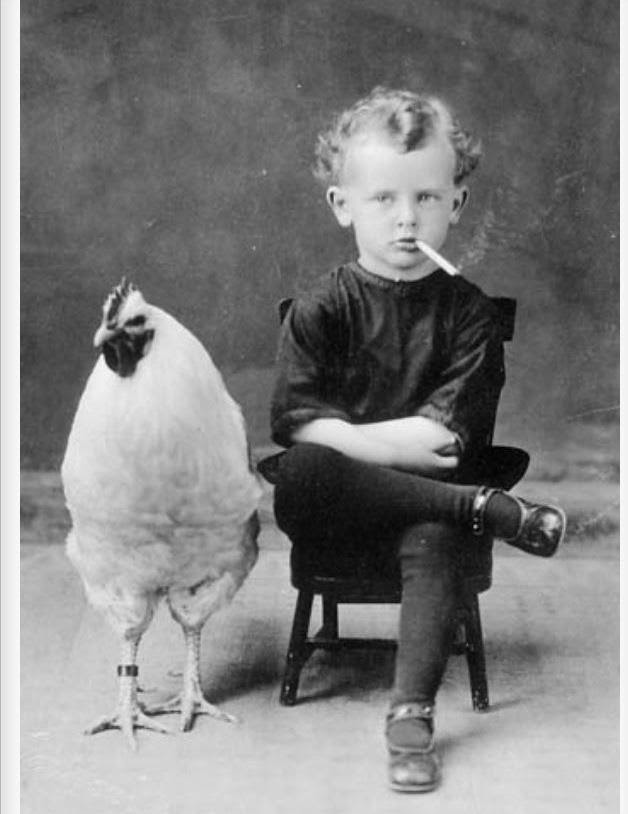 Oddball Films presents The Kids are Not Alright, a night of 16mm rarities and oddities about troubled, twisted and tormented youth from the 1930s through the 1980s, featuring naughty little girls, juvenile delinquents, creepy ventriloquists, murderous moppets, and even Shirley Temple as a toddler prostitute.  Find out all about mid-century juvenile delinquency in Teenagers on Trial (1955). A sneaky little girl steals her ballet costume and her "horrible little beast" of a brother destroys it in Amelia and the Angel (1957), an early short from one of Britain's most audacious directors, Ken Russell (Tommy, Altered States). Little Shirley Dinsdale and her pal Judy Splinters chat it up in the creepy ventriloquist "Popular Person Oddity" Double-Talk Girl (1942). Claymation kids warn us about peer pressure and gang mentality in Jojo's Blues (1982).  A tiny Shirley Temple tarts it up and tries to cheat an honest man in the "Baby Burlesk" Polly Tix in Washington (1933).  Comic-turned-cartoon star Little Lulu hits her head and goes on one surreal trip to the Stork Club in The Babysitter (1947).  One little darling turns into a murderous monster in a chilling excerpt of cult horror classic The Bad Seed (1956). Plus, mental hygiene howler Don't Get Angry (1953), an early work by Gus Van Sant, Little Johnny and his Dog (1972, on generous loan from the archives of Smokehouse Films)  and more surprises!

Teenagers on Trial (B+W, 1955)
An RKO Screenliner "documentary", Teenagers on Trial illustrates the endless ways that youth can get wrapped up in trouble in contemporary society. Whether it’s overcrowded schools or overworked parents, this film shows the causes of delinquency and the ways it can be remedied through a campy dramatization of a young man stealing a car. 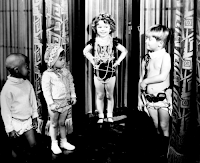 Polly Tix in Washington (B+W, 1933)
One of the weirdest things to come out of the depression, this “Baby Burlesk” casts a group of toddlers in adult roles, including Shirley Temple starring as a prostitute who discovers her heart of gold in the face of on honest politician. The result is cringe-worthy, but gives an honest glimpse of the laissez faire attitude towards censorship in the pre-code era.


Shirley Temple later called this film "a cynical exploitation of our childish innocence." In her autobiography Shirley Temple Black recalls the plot: "I was a strumpet on the payroll of the Nipple Trust and Anti-Castor Oil Lobby. Mine was the task of seducing a newly arrived bumpkin senator." Shirley’s mother designed the black lace undergarments and bra her daughter wears on screen. 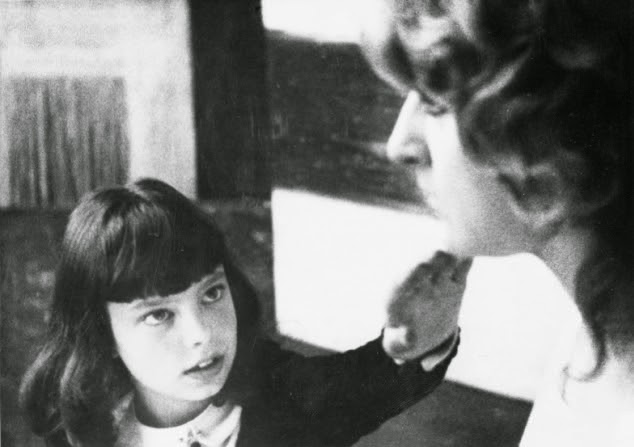 Amelia and the Angel (B+W, 1957, Ken Russell)
An utterly charming early short from one of Britain's most iconoclastic directors, the late great Ken Russell (Tommy, Women in Love, The Devils).  The almost too adorable Amelia (played by Argentinian moppet Mercedes Quadros) is a naughty little girl, getting ready for her stage debut as an angel with her dance class.  Against the teacher's advice, she steals her wings to take home to show her mother.  But, as her brother is a "horrible little beast", he absconds with the wings and destroys them summarily.  Amelia must run all over the city to find a new pair of wings before her performance.  She runs into obstacles and colorful characters aplenty (including an equally adorable circus dog) in her quest to redeem herself.  While markedly more tame than Russell's work from the 70s and 80s, it is clearly his own with echoes of the themes of the absurdities of faith and a theatricality that would persist through most of his work. Ethereal, entertaining and inspiring, it's a rare treat from a Master, just unearthed from the archive. 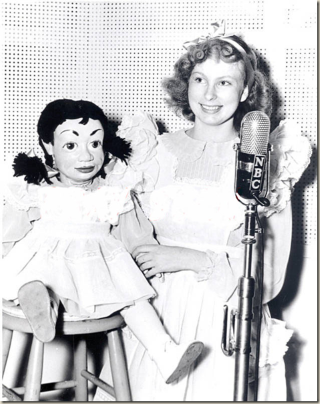 Double-Talk Girl (B+W, 1942)
A Universal Pictures “Popular Person Oddity” with Shirley Dinsdale and her right-hand gal, Judy Splinters. There’s nothing more unsettling than ventriloquism. Except for little girls in lace dresses doing ventriloquism. Really, it’s too much. In this wacko newsreel of the bizarre, it’s Lizzy Borden meets Chuckie as we meet a girl who may be the youngest serial killing, doll-loving supernatural psycho ever. Or she’s just good at throwing her voice and has bad taste in hobbies.

Jojo's Blues (Color, 1982)
Peter Wallach directs this claymation tale of peer pressure.  Jojo wants to get in with the hip gang of boys, but when he's pressured into vandalism, he's not sure that the gang is all it's cracked up to be. 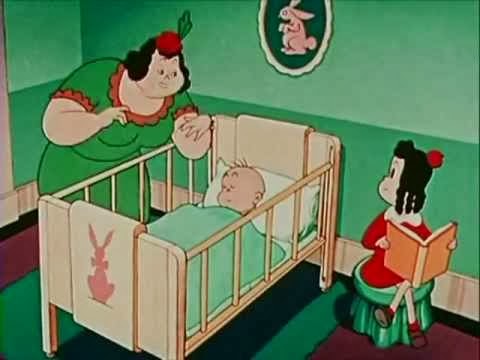 The Babysitter (Color, 1947)
An extremely bizarre and surreal Little Lulu cartoon- Lulu is taking care of a very naughty baby who won’t stay in his crib. When Lulu hits her head while chasing him, she dreams a visit to the fabled Stork Club night spot- where all the famous Hollywood guests and musicians are babies… a weird one for the ages! 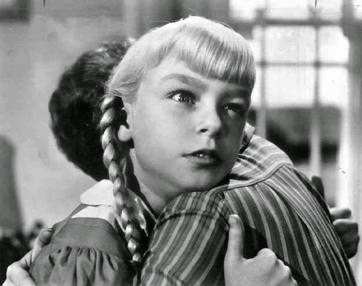 The Bad Seed (B+W, 1956, excerpt)
Mervyn LeRoy’s legendary psycho suspense drama pulls no punches in its portrayal of eight-year-old Rhoda Penmark, a cute, young pigtailed blonde with absolutely no moral compass to keep her from brutally slaying anyone who displeases her, whether it be a classmate who beat her out for a penmanship medal (“I want that medal!”) or putting a bullet in her own mother. Played perfectly by Patty McCormack, Rhoda is a cold-blooded sociopath, with absolutely no ability to understand why beating another child to death with her tap shoes is a bad idea. Preteen television and Broadway vet Patty McCormack garnered Oscar and Golden Globe nods for her portrayal of the pint-sized psychopath and most of the other actors were nominated as well. 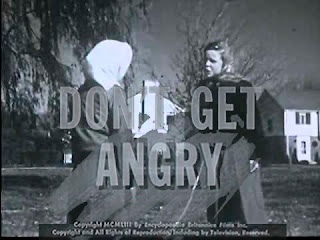 
Watch as children scream, cry and throw things to get out their anger in this early mental hygiene primer.  Learn how you too can control your anger. Our concerned and understanding narrator intones "Angry feelings should be gotten rid of, one way or another, but always without hurting someone else."


About Oddball Films
Oddball Films is the screening component of Oddball Film+Video, a stock footage company providing offbeat and unusual film footage for feature films like Milk, documentaries like The Summer of Love, television programs like Mythbusters, clips for Boing Boing and web projects around the world.