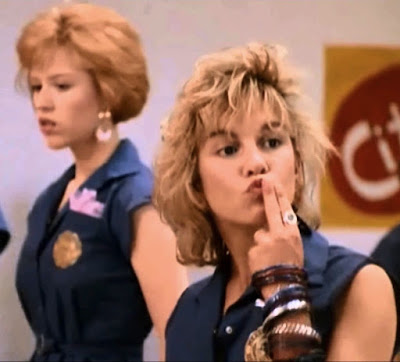 Oddball Films and curator Kat Shuchter present Learn Your Lesson from Alexa Kenin - A Memorial Afterschool Special Triple Feature, a special tribute to the child star Alexa Kenin who passed away 30 years ago to this day, under disputed and curious circumstances.  A talented girl with a seemingly bright future, Alexa Kenin died tragically at the age of 23, just as she was set to cross over into adult roles.  Cast and crew on her final film Pretty in Pink were told she died of asthma, while others heard rumors of being beaten to death by her boyfriend, and still others believe it was a drug overdose. Whatever the circumstances of her untimely death, we honor her legacy to the Learn your Lesson canon with a screening of 3 of the 5 (and an excerpt of a fourth) Afterschool Specials she co-starred in as well as trailers for her big screen work, including Little Darlings (courtesy of the Jenni Olson Queer Archive) and Pretty in Pink.  In her first special, The Amazing Cosmic Awareness of Duffy Moon (1976), Kenin plays Boots McAfee, a tough as nails bad-ass that terrorizes the titular Duffy Moon as he attempts to summon his courage to confront her. In Me and Dad's New Wife (1976), she helps Kristy McNichol and Lance Kerwin play a nasty trick on Kristy's stepmom and new homeroom teacher.  In A Movie Star's Daughter (1979), she's the sassy editor of the school paper and the only one interested in the heroine for more than her father's fame. And in Make-Believe Marriage (1979) she's all ready to marry her jock boyfriend, until he fake marries the school's stubborn feminist, and begins to see marriage differently. Plus! A digital clip show of her film career with heavyweights like Bette Davis and Clint Eastwood. Come learn your lesson from the ballsiest child actress to grace the small and big screen and honor her legacy in an extra special evening. 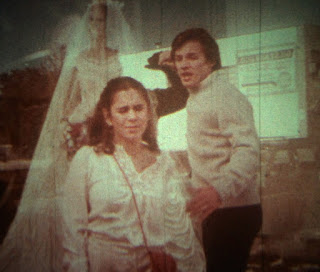 Make-Believe Marriage (Color, 1979)
Alexa stars as Penny Costanzo, a girl in her senior year of High School who is engaged to BMOC Gary Simmons.  The two plan to take a marriage-preparedness course together before their upcoming nuptials, but scheduling conflicts only allow Gary to take the class.  Gary is "married" to a stubborn and headstrong feminist named Gail Cooper.  The student-couples are all paired off, take vows, draw up a budget, have make-believe babies, learn to deal with unemployment and eventually decide  to continue marriage or get a divorce.  As Gary and Gail deal with all these tasks, Gary begins to notice the creative and interesting person that Gail is behind her tough walls.  Meanwhile, Gary and Penny begin to have problems and Gary begins to realize that maybe a real marriage isn't in their future. Co-starring a young David Paymer (with hair!) and directed by Robert Fuest (The Abominable Mr. Phibes). 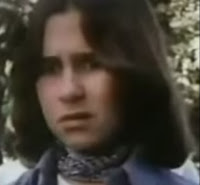 The Amazing Cosmic Awareness of Duffy Moon (Color, 1976, excerpt)
Duffy Moon, picked on by the other boys in his class for being a 'shrimp,' develops talents and powers that enable him to meet unexpected challenges. Alexa stars as a mostly-mythical figure "Boots McAfee" the leader of some sort of gardening gang.  Throughout the film, Duffy builds up ridiculous visions of his antagonist, but when they finally meet, Boots is more impressed with Duffy's gardening talents than his "magical" powers. Co-starring Lance Kerwin and Ike Eisenmann (Escape to Witch Mountain). 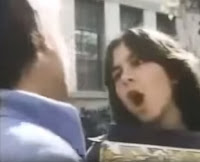 Me and Dad's New Wife (Color, 1976)Kristy McNichol heads the teen-star studded cast of this emotional Afterschool Special about a young girl coming to terms with her father's remarriage.  When Nina's new step-mother ends up being her new teacher, she raises a classroom rebellion that leads to her step-mother's resignation.  Will Nina learn her lesson and learn to like and maybe even love her new step-mother? Co-starring Leif Garrett, Jimmy McNichol, Lance Kerwin and the ill-fated Alexa Kenin and directed by Larry Elikan.  This would mark the pairing of Alexa and Kristy McNichol years before their big screen pair up in Little Darlings (1980). 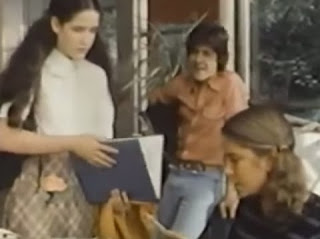 A Movie-Star's Daughter (Color, 1979)
Trini Alvarado stars as Dena McCain, the quiet and nerdy daughter of a big-time Hollywood actor, Hal McCain.  When the family moves to a new place and Dena has to go to a new High School, she finds that making friends is more complicated than she thought.  Alexa Kenin plays the editor of the school newspaper and the first person who takes an interest in the mousy Dena.  When word gets around who her father is, Dena suddenly finds herself as Miss Popular and offered a coveted spot on the cheerleading team.  But, when Dena finds out that the popular kids are only interested in her for her father's fame, will she discover who her real friends are?

Alexa Kenin Clip Reel (Color, 1972-1985, digital)
A hilarious, touching, and dramatic compilation of some of Alexa Kenin's best scenes from her short career.  Films and television shows include Pretty in Pink (1985) Little Darlings (1980), A House Without a Christmas Tree (1972), Honkytonk Man (1982) with Clint Eastwood, A Piano for Mrs. Cimino (1982) with Bette Davis, and episodes from The Facts of Life and Gimme a Break.

Kat Shuchter is a graduate of UC Berkeley in Film Studies. She is a filmmaker, artist and esoteric film hoarder. She has helped program shows at the PFA, The Nuart and Cinefamily at the Silent Movie Theater and was crowned “Found Footage Queen” of Los Angeles, 2009. She has programmed over 150 shows at Oddball on everything from puberty primers to experimental animation.
About Oddball Films
Oddball films is a stock footage company providing offbeat and unusual film footage for feature films like Milk, documentaries like The Black Panthers: Vanguard of the Revolution, Silicon Valley, Kurt Cobain: The Montage of Heck, television programs like Mythbusters, clips for Boing Boing and web projects around the world. 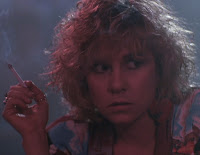