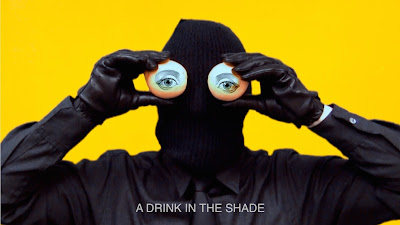 Oddball Films welcomes media maker Tommy Becker to our Cinema Soiree Series, a monthly event featuring visiting authors, filmmakers and curators presenting and sharing cinema insights and films. Becker will be presenting Passing Periods- Reflections Through a Classroom Window, an expanded cinema performance that explores and celebrates the dynamics of the high school landscape and complexities of relations in the cultural construct of the classroom and beyond. Becker mixes poetics, performance, props and pop music into an eye-popping and toe-tapping experience. Blending virtuoso editing and fx with archival footage, Becker's brilliant, off-kilter works incorporate satire, menace and humor in an live, immersive environment. This 80-minute performance revolves around eight music-based essays that combine live vocals with projected video and pre-recorded sound. Within the program, the role of color in art history, the vitality of lemons as educational inquiry and the ebb and flow of our interpersonal lives is viewed through PowerPoint and celebrated in song.  The program includes Song for Hellos and Goodbyes (2013), Song for the Pain Body (2014), Song for Awe and Dread (2015), Song for Disobedient Youth (2008), Song for Primary Colors (2013), Song for Failed Connections (2012), Song for the Lemons (2013), and Song for a Love Song (2014).  Before the show, we will be screening the bizarro 16mm classroom film Route One (1976) featuring one curious class and one very drunk dog! 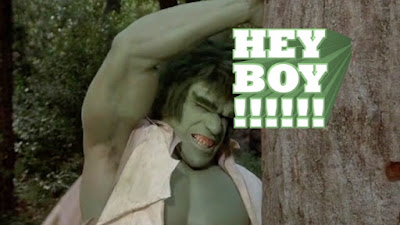 About Tommy Becker:
A poet trapped in a camcorder, Becker continues to feed video poems into his never-ending saga, “TAPE NUMBER ONE”. TNO blends the artist's poetics, songwriting, performance, costuming, with found footage and in computer design. Each track is presented as a song dedication, the videos run song-length, never more then a few minutes.  Often, Becker’s work is translated into live spoken word/video performances.  Locally, he has participated in the Bay Area Now Show at the Yerba Buena Center for the Arts and as a resident at Headlands Center for the Arts. His video work has been screened both nationally and internationally with recent presentations at the Yerba Buena Center for the Arts, San Francisco; Echo Park Film Center, Los Angeles; Sydney Underground Film Festival, Sydney, Australia and Antimatter Media Arts Festival, Victoria, BC.

This short video poem is dedicated to the fleeting relationships that so often percolate through contemporary life. Song for Hellos and Goodbyes leads viewers through the birth and death of a romantic relationship using the cliché lines of purchased gift cards. Within the script, a second voice emerges to reveal a more authentic picture as the relationship blossoms, sours and disappears.

The term, “pain-body” was coined by philosopher and author Eckhart Tolle. Tolle asserts your ego 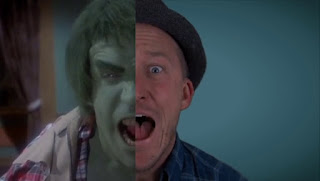 is not who you are, it is not your essence. Your ego is a construct. This false identity of the ego is often fueled by what Tolle calls the pain-body. The pain-body is the collective manifestation of all the pain, misery, and sorrow a person has ever experienced in their life.

This work is about the death of color in contemporary art and my attempts as a teacher to resurrect its power in the classroom. The video pays tribute to three modern artists, Picasso, Rothko and van Gough, each of whom is renowned for engaging a particular hue during their lives. 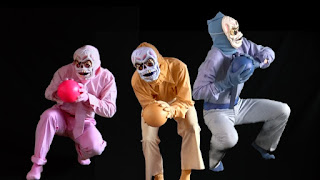 Song for Awe & Dread is a contemporary take on the vanitas paintings of the 17th century and an investigation into the emotional duality of our existence. It is AWEsome to be human and to be alive, but the evolution of human intelligence has also burdened our species with a self-awareness of life’s impermanence. The Danish philosopher Søren Kierkegaard called these two uniquely human emotions, awe and dread.

It's a natural response for teenagers to question and react against their cultural conditioning. Song for Disobedient Youth is an exhortation to embrace unfettered joy and chaos before the agonies of adulthood set in. It invites the viewer to momentarily indulge in the fantasy of youthful rebellion, self-discovery, recklessness, love, disregard, dream and contempt that continues to escape us as we are pulled further into the constructs of age and culture. 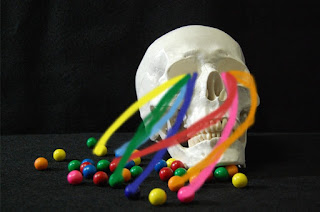 The lemon, often utilized by famed still life painters was rarely the focus of a composition. More typically, this citrus was abused for its compositional qualities. Its ovoid form of highly saturated yellow was used to balance the more dominant piling of apples, oranges and pears. The lemon, I felt, never got its day in the sun.

Bobby XP1 was invented as a roaming, remotely operated, social media platform during the dot com boom of the late 1990s. This video documents its beta test in a neighborhood of San Francisco. After failing to connect, Bobby returns home to the melancholy serenade of his creator and one true friend. 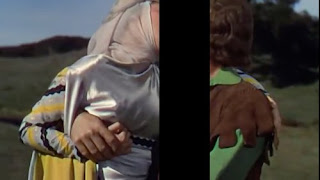 “Keep love in your heart. A life without it is like a sunless garden when the flowers are dead.” - Oscar Wilde

Route One (Color, 1976)
This alcohol awareness film shows an 8th grade class all about booze and hangovers with help from a dog named Patches who got drunk at a wedding reception and is suffering a hangover, plus some twisted animation of alcohol in the bloodstream- portrayed by a Kaiser-helmeted jet-chopper riding biker. 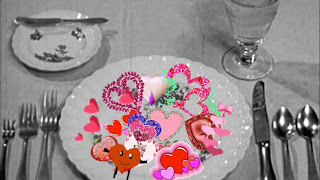