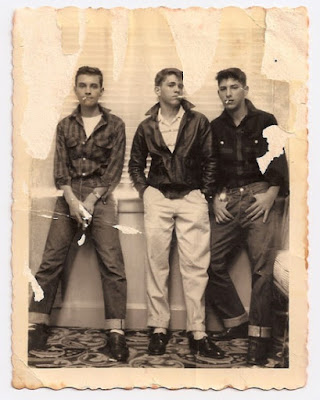 Oddball Films presents Strange Sinema 92, a monthly screening of new finds, old gems and offbeat oddities from Oddball Films’ vast collection of 16mm film prints. Drawing on his archive of over 50,000 films, Oddball Films director Stephen Parr has complied his 92nd program of classic, strange, and unusual films. For Strange Sinema 92: Too Cool, Oddball Films director Stephen Parr has curated a super-cool collection of teenage shorts that scream out COOL. These films, drawn from diverse genres such as mental hygiene, promotional, independent shorts, cartoons and documentaries examine the teenage lifestyle from the 1940s through 1970s touching everything from teen sex to shoplifting. These films are remarkable in their style, scope and cinematography. The program includes George Kaczender’s cool 1966 gem The Game, featuring mod rocking teens fumbling for play, Skater Dater (1965), the cult skateboarding/coming of age film made by Noel Black and featuring music by Davie Allen and the Arrows, United Airlines New York City (1968) a fast-paced NYC promo film featuring garage rockers The Churls, Turned On (1969), turned on kids at the beach with fast cars, heavy surf and a wild “Wipe-out” soundscore, The Day That Sang and Cried (1968), Dale Smallin’s (The Surfaris) groovy look at the inner life of a SoCal teen, Caught in a Rip-Off (1972) one of the best social guidance films ever made and proof that shoplifting will ruin your life!, Dating Do’s and Don’ts (1949), one of the campiest dating films ever (and a Oddball favorite), The Trendsetter (1970), Vera Linnecar's slyly animated commentary on hipness, and for the early birds, famed animator Chuck Jones unleashes his Lothario-skunk, Pepe Le Pew (and Penelope Pussycat), in the Oscar-winning cartoon For Scent-imental Reasons (1949).

The Game (Dir. George Kaczender, B+W, 1966)
This great, lost coming-of-age story filmed in Montreal in 1965 is the very definition of cool- sort of a short , artier Quadrophenia (though no Sting sightings). They're high school punks - they play rock music on the beach and in the garage. They stay up late and have sex in cars. They pick on each other and talk about girls. The super cool garage music written and performed for the film- a must see!! Director Kaczender went on to direct In Praise of Older Women with Tom Berenger and Karen Black (but don’t hold it against him). 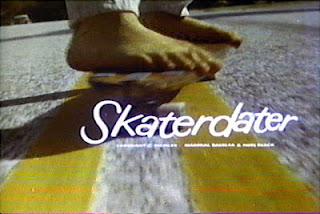 Skater Dater (Dir. Noel Black, Color, 1965)
Directed by Noel Black (who went on to direct the cult feature Pretty Poison), Skater Dater has developed a strong following both for it’s amazing skateboarding and it’s surf-inspired Davie Allen and the Arrows soundtrack. Skaterdater has your proverbial summer fun all sewn up; sidewalk surfing action, blue Southern California sky, matching racing stripe jackets, blondes on Schwinn Sting-Rays, white jeans, first love, a boss surf rock soundtrack and a downhill finale.  Winner of the Palme d’Or at Cannes in 1966 and nominated for an Academy Award, this no-dialogue short comes off like a SoCal Quadrophenia, as the young protagonist falls for a cutie and struggles to break away from the crowd.  Features riders from the Imperial Skateboarding Club out of Torrance, CA. 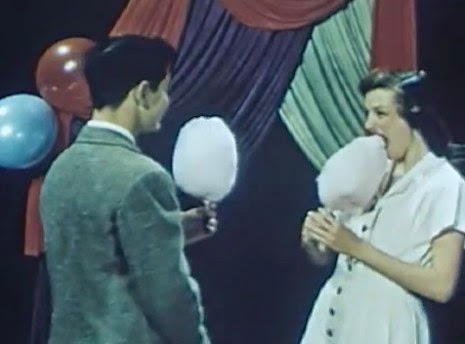 Dating Do’s and Don’ts (Color, 1949)
Long recognized as one of the campiest educational films ever made, this fun how-do guide follows clueless Woody’s quest to ask fun girl Ann (pronounced here as “Ay-yun”) out on a date. The narrator guides him through choosing a girl, how to ask her out, and proper etiquette at the Hi-Teen carnival. There’s a lot to be learned in this short film, namely, you don’t need to send flowers unless it’s a ritzy occasion, and never kiss on a first date!

New York City! (Color, 1968)
Straight boy meets straight girl in this “Fly the Friendly Skies of United” promo. Our “swingin’ squares” discover the sights and sounds of the Big Apple as they tour the touristy Times Square hot spots. Later they hit a belly dance lounge and end up at the famed club Salvation featuring the 60s garage rock band “The Churls” (with psychedelic backdrops). The evening ends with our two lovebirds heading home on motorbike-to mom!

The Day That Sang and Cried (1968, Color)
Thanks to Albert Steg from Zampano’s Playhouse in Boston for turning us on to this film. Produced by Dale Smallin for Centron this film uses slow motion photography, flash-backs, and 1960s rock music to portray a day in the life of a teen-aged boy. Reveals the boy's thoughts and conveys his search for identity. Smallin was also producer of what would become one of the worlds best known surf bands - The Surfaris. It was Dale who arranged to record the band's first single Wipe Out/Surfer Joe and release on his small independent label DFS Records. Dale continued to make short educational and industrial films into the 70's. As Mr Steg says in his notes to last years “Depraved Youth “ program this film ”portrays a groovier, more sympathetic late-60s approach that attempted to reveal the inner life of the perennially troubled teen”. Yea man.

Caught In a Ripoff (Color, 1974)
One of the best social guidance films ever made. Ever wonder what happens when you shoplift something and get caught?  Trance-like and horrific. Proof that shoplifting will ruin your life! Don’t miss the gripping slow-motion chase in this classroom classic. 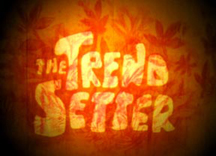 The Trendsetter (Color, 1970)
Cool British animation from the great Vera Linnecar portrays a little man who is annoyed with the little trendies who ape and one up his every move.  Illustrates how the trendsetters depend on others for their sense of self worth.

For Scent-imental Reasons (B&W, 1949)
“It is love at first sight, is it not?” asks Pepe Le Pew of his tortured love object in this early entry in the beloved Merrie Melodies cartoon series. The distraught Penelope Pussycat flees Pepe’s unabashed advances until a change of heart turns the tables on our odorous friend. Oddball’s print of the film includes an often-censored sequence of Pepe threatening suicide! With the iconic voice work of Mel Blanc, the cartoon won legendary animator Chuck Jones his first Academy Award for Best Animated Short Film. 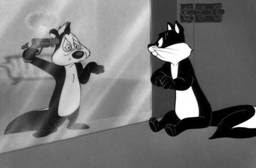