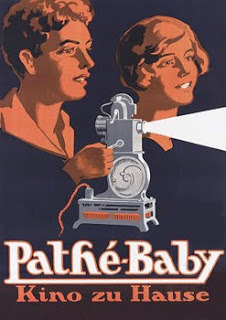 Oddball Films presents Orphan Offerings: Refugee Reels from the 3TON Treasure Chest, a unique program of various notable non-theatrical shorts, all on 16MM, this time selected from the stacks of 3TON Cinema’s DIY “film orphanage” in Oakland! Guest Curator Montgomery Cantsin returns to unravel a hidden history of so-called non-theatrical film—one which bursts at the seams with beautiful bastards, expired gems, quiet masterpieces and more. This evening’s reels, hand picked and wrangled by 3TON’s co-founder, runs the gamut: from fun to factual, animation to ethnographic, and from 1903 to 2014. Expect a potpourri of A/V delights and ‘other’ cinemas! Highlights include: Dragonfold and Other Ways to Fill Space (1979), an early computer animation by Bruce and Katharine Cornwell; Birth of a Mountain (1977), Bert Van Bork’s classic Kilauea eruption documentation; Piece for Grate (1975), a brief and hypnotic music film; Perilous Paradise (1950), a trip to Zambo Island; Free Fall (1964), Arthur Lipsett’s hallucinogenic tour de force; Bear Facts (1944), a cartoon featuring Kiko the Kangaroo; and Memo (2014), Cantsin’s own recent “de-instructional” experiment. Plus: newsreels, doodles, mutoscopes & more.  Arrive early for hand-altered bits, clowns, and a rare Frank Sinatra reel!


Dragonfold and Other Ways to Fill Space (Color, 1979)


Various geometric phenomena (the Sierpinski curve, tessellation) are illustrated on-screen in this computer-animated educational film. The makers, Bruce and Katharine Cornwell of Brooklyn, NY, were a prolific pair (R.I.P.) who produced many other charming works such as “Journey to the Center of a Triangle.”


Birth of a Mountain (Color, 1977)
The lava light show expertly documented here (by Burt Van Bork for Encyclopedia Britannica) represents a drop in the bucket, considering that the Kilauea Volcano has now been erupting on a continuous basis since 1983! However, at the time of filming, this volcano’s activities were quite impressive, setting a new Hawaiian record for duration and adding 230 acres to the Island.

Piece for Grate… (B+W, 1975)
This wonderful short abstract musical piece (“…for grate, two balloons, and strings”), perhaps never before shown in California, was the work of an artist in Oregon named David Joyce. In it, the quotidian becomes unfamiliar, as intricate shadowy patterns flash onto the screen accompanied by experimental sounds.

Perilous Paradise (B+W, 1950)
Here’s a glimpse at the local customs of an island in the southern Philippines. The usual racist undertones of the period are present here in the narrator’s assumptions and remarks, of course. …But this well-shot and whimsical travelogue is none the less something we should look at closely.

Free Fall (B+W, 1964)
The poetic masterpiece of a troubled Seer! Free Fall features dazzling pixilation, in-camera superimpositions, percussive tribal music, syncopated rhythms and ironic juxtapositions. Using a brisk “single-framing” technique, Arthur Lipsett attempts to create a synesthetic experience through the intensification of image and sound. Citing the film theorist Sigfreud Kracauer, Lipsett writes,“Throughout this psychophysical reality, inner and outer events intermingle and fuse with each other – 'I cannot tell whether I am seeing or hearing – I feel taste, and smell sound – it's all one – I myself am the tone.'”
*Note: Free Fall was intended as a collaboration with the American composer John Cage, modeled on his system of chance operations. However, Cage subsequently withdrew his participation fearing Lipsett would attempt to control and thereby undermine the aleatory organization of audio and visuals.

Bear Facts (B+W, 1944)
Kiko the Kangaroo’s polyfunctional tail comes in handy again, this time as he enjoys a romp in the woods with a pack of little bears. (…We have here the 1944 Castle Films re-issue of the1936 Terrytoons production originally called “Kiko and the Honeybears.”)


Memo (Color and B+W, 2014)
A discrepant, insolent, uncreative film--cobbled together from available, useless fragments--wherein means of conditioning and modes of perception go temporarily up for grabs. A quick brain-scrambling palate-cleanser, with a subliminal cameo appearance by Woody Woodpecker!

About the Curator/Archivist
Montgomery Cantsin is an artist/curator/filmmaker born in Illinois in 1979 who has worked as a Research Assistant for award-winning found-footage film-artists such as Craig Baldwin and Bill Morrison. Cantsin has curated moving images for the Olympia Film Festival, online at Network Awesome, and elsewhere. He's worked as a film projectionist at venues such as YBCA and Union Docs. His writings have appeared in Cineaste Magazine as well as online at Furtherfield. 3TON Cinema (http://3toncinema.info) is a roving microcinema with a collection of roughly 1000 ephemeral titles from the 20th Century.