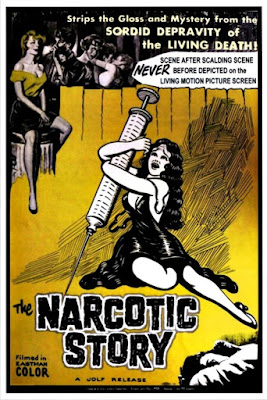 Oddball Films presents Film Under the Influence - Vintage Drug and Alcohol Scare Films, a program of mind-expanding, terror-intending and hilarity-inducing short 16mm educational films about the dangers of drugs. It's a night of drunk embarrassing moms, rats on drugs, LSD freak-outs, bongo-beating beatniks, piles of pills, afterschool specials, and tons of hilarious new finds from the archive. These classroom classics from the 1960s through the 1980s were meant to scare the pants off the junior-high set but probably encouraged as many to experiment with drugs and alcohol as it discouraged. Join the "now generation" with their wacky tobacky, hallucinogens and goofballs in the mega-hip and stylish Drug Abuse: The Chemical Tomb (1969). One shaggy-haired pre-teen boy has a lot of questions but doesn't get a whole lot of answers in the oddly graphic What Do Drugs Do? (1971). Amanda Wyss from Nightmare on Elm Street has a nightmare of a drunk mother who passes out, ruins parents' day and stumbles into the school play in the ABC Afterschool Special She Drinks a Little (1981). Drop a tab of acid and sing along with the LSD song in the mind-bending hallucinogenic scare film LSD 25 (1967). Everyone's favorite pot-smoking and crime-fighting dog is back in the insane Canadian cartoon Caninabis (1979) and a bunch of drugged-up rats nod off, fall over and run into walls in a clip from Narcotics: The Inside Story (1967). Plus! The acid-soaked trailer for Easy Rider (1969), a barrel full of drug and alcohol PSAs including one from the "Fonz" himself Henry Winkler, an all-star alcoholic spectacular Drink, Drank, Drunk (1974) with Carol Burnett, Morgan Freeman and more for the early birds and more sobering surprises! 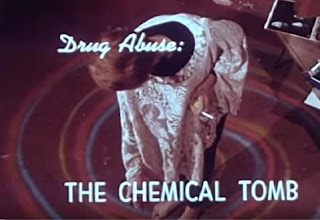 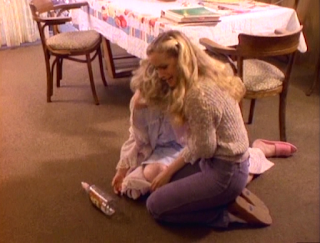 A sobering ABC Afterschool Special starring Amanda Wyss (Nightmare on Elm Street) as a pretty teen girl suffering from her mother's embarrassing drinking problem. After her mother (played by veteran actress Bonnie Bartlett) lushes it up for parents' day, passes out on the living room floor in front of company and gets up on stage after her big debut in the school play, Cindy has had enough and decides to join Ala-teen.  The scene-by-scene inspiration for yet another episode of Strangers with Candy.

What Do Drugs Do? (Color, 1971)
A pretty shocking short for the elementary school set with a whole smorgasbord of tantalizing-looking drugs displayed and used on screen (including a heroin scene straight out of Trainspotting).  There aren't many facts used to bolster their argument and few warnings except "you never know".