Rod Serling: Beyond the Twilight Zone - Thur. May 19th - 8PM 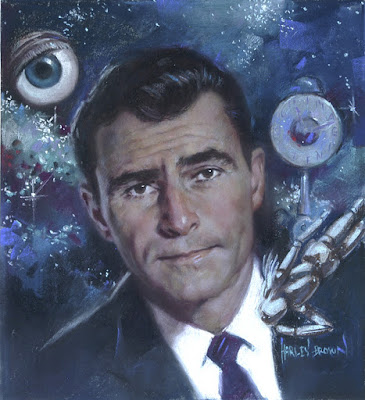 Oddball Films and curator Kat Shuchter bring you Rod Serling: Beyond the Twilight Zone, an evening of 16mm films from the archive all featuring that shiver-inducing host: Rod Serling. While best remembered for his TV terrors, Serling also lent his inimitable voice to documentaries, PSAs and educational films, all of which we will be sampling. The night will include a devilish episode of The Twilight Zone: Of Late I Think of Cliffordville (1963), starring Julie Newmar as Miss Devlin who offers the man who has everything a chance to start all over again. Serling narrates the haunting and ponderous In Search of Ancient Astronauts (1973, excerpt), a documentary that seeks to examine the link between aliens and the ancient world; giving responsibility to the star children for everything from the Mayan calendar to the Pyramids in Egypt. Serling helps navigate the social faux pas of the workplace in the bitchy educational short What Do We Look Like to Others? (1972). In The Alcoholism Film (1974), he offers a sobering checklist for the alcoholic as countless drunks offer their own horror stories. Plus, a rare sketch from The Garry Moore Show featuring a young Carol Burnett in an episode of The Twi-Night Zone: The Mosquito (1961), and an exciting episode of The Undersea World of Jacques Cousteau: Octopus, Octopus (1970) for the early birds. Get ready to travel through another dimension, a dimension not only of sight and sound but of mind. A journey into a wondrous land of imagination. Next stop, beyond the Twilight Zone! 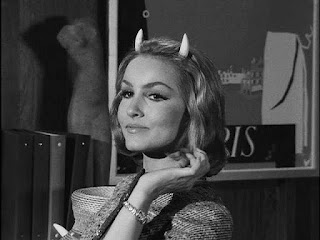 Twilight Zone: Of Late I Think of Cliffordville (B+W, 1963)
The very successful Mr. Feathersmith (played by Albert Salmi), having taken everything he ever wanted, is bored and wants to start all over. Since his soul is already possessed by the Devil, the price is his fortune to send him back in time. Eventually he must return to his own time, but things have changed. The stunning actress Julie Newmar is captivating as the most charming Devil you'll ever see.

In Search of Ancient Astronauts (Color, 1973, excerpt)
An edited version of the 1970 German documentary "Erinnerungen an die Zukunft" (Chariots of the Gods), this examines the theory that aliens have landed on Earth in ancient times and were responsible for many of mankind's oldest mysteries including the pyramids, Easter Island, Stonehenge and more. Demonstrates these fascinating theories with visual "proof" from the ruins of ancient civilizations across the world. Narrated by The Twilight Zone's own Rod Serling.

What Do We Look Like To Others? (Color, 1972)
In this quirky office dramatization, learn the importance of considering how others will see and judge you. The snide commentary of peeved coworkers makes us wonder no more “what do you really think of me?” From bad B.O. to skimpy skirts, everyone is a critic in this office of enemies with an added generous dollop of dread by Serling’s signature voice over. 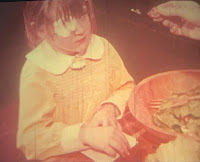 The Alcoholism Film (Color, 1974, excerpt)
Welcome to the drunk zone.  Rod Serling addresses the camera to give everyone a list of the fifteen point checklist to determine who is and who isn't an alcoholic.  A number of scientists weigh in and scores of people offer their personal involvement with alcohol, including a young mother who is responsible for permanently blinding her daughter whilst on a bender. 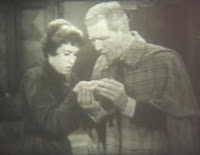 A sketch from the Garry Moore show starring a young Carol Burnett.  This television oddity features a spoof of the Twilight Zone in which Burnett's mad scientist husband accidentally turns himself into a mosquito. 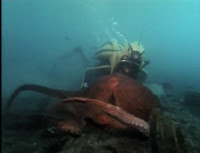 The Undersea World of Jacques Cousteau : Octopus, Octopus (Color, 1970)A thrilling adventure with the beanie-wearing crew of the Calypso as they swim with the misunderstood eight-armed cephalopod to Serling's authoritative voiceover. While Cousteau’s series often took the form of nature documentaries, episodes such as these contain the suspense and thrills of the adventure film. The aesthetics and tone achieved in the series have also been lovingly adopted and parodied in subsequent television shows (e.g. “Fishing With John”) and films (e.g. Wes Anderson’s Life Aquatic with Steve Zissou). 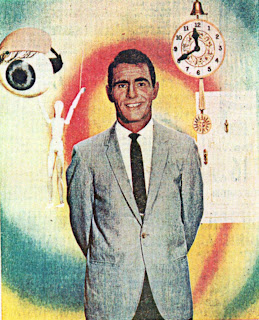