Learn your Lesson from Aliens: An Extraterrestrial Shockucation - Fri. May 13th - 8PM 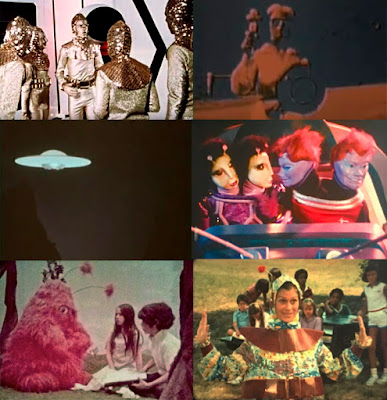 Oddball Films and curator Kat Shuchter present Learn Your Lesson from Aliens: An Extraterrestrial Shockucation, the 38th in a monthly series of programs highlighting the most ridiculous, insane and camptastic educational films, mental hygiene primers and TV specials of the collection. This month we are headed out of this world and out of our minds with one of the most bonkers and baffling installments yet with all the best/worst low-budget aliens you've never seen teaching you lessons in safety, grammar, peer pressure, and inappropriate touching. Meet Bub from the planet Bubbylonia - a woman in a fat suit and an arts and crafts project - that's on our planet to learn all about touch; the good, the bad, and the creepy in Bubbylonian Encounter (1983). Though not an alien herself Guardiana: Safety Woman was endowed her incredible powers by a ship of chipmunk-voiced aliens and we'll see the extraterrestrial results in one of the most ridiculous superhero trilogies you'll ever see.  Watch her close encounter, her transformation and then watch as Guardiana saves kids from drowning and falling of cliffs in In Danger Out of Doors (1974), she confiscates a gun and stops a house fire in Harm Hides at Home (1974), and she saves kids from pedestrian and bike fatalities in Peril Rides the Roads (1974). We've unearthed another frighteningly fuzzy chapter of the furry orange Saturnian blob: Adventures of Trogmoffy: Timmy and Margaret Meet the Creature (1971). Tag along with sequin-clad alien Aarak and his TV-headed robot sidekick as they crash land on Earth and try to classify fauna in Mission Third Planet: Creatures of the Land (1979). And our favorite double-headed puppet alien teens are back with a cautionary tale of heading to "the outer limits" with pills and sex in Deciso 3003 (1983). Plus, more intergalactic snippets and surprises, it's a stellar night to learn your lesson! 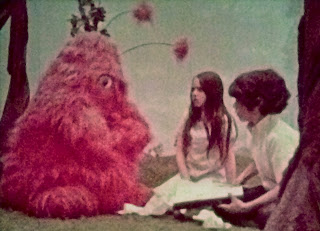 Adventures of Trogmoffy: Timmy and Margaret Meet the Creature (Color, 1971)The furry stuff of nightmares! Timmy and Margaret are just two kids out for a stroll in the woods when they come across something that would make most people scream, a giant orange fuzzy alien from Saturn named Trogmoffy.  Instead of peeing their pants and running back home to tell the Weekly World News, Timmy and Margaret help the disgusting creature learn proper English grammar. 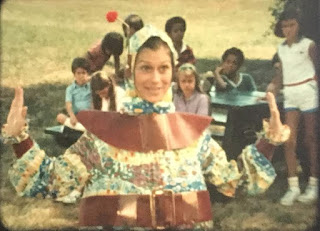 Bubbylonian Encounter (Color, 1983)
Learn all about good touches and bad touches from a craft-project-wearing "alien" named Bub from the planet Bubbylonia, a planet without the sense of touch. Bub lives in an invisible bubble that protects her from the world around her but also inhibits her from the joys of touching.  When a science class bursts her bubble, Bub needs a crash course in the sense of touch - from the good to the naughty - which includes what she calls "Pretendovision" where she's suddenly vaseline lensed and in a crib crying for a bottle. From the Kansas Committee for the Prevention of Child Abuse, this is an epic low-budget hand-made head-scratcher! 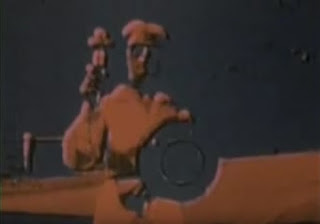 The Entire Guardiana: Safety Woman Trilogy!
Karen Kingsley is an accomplished architect and a volunteer crossing guard who - after an extraterrestrial run-in with some friendly safety-loving aliens - is transformed into a calamity-fighting superhero (as if she needed another part-time job).  When children in mortal danger cry out for help, she dons her silver lamé jumpsuit, her frisbee-looking shield and a wand that looks like a sex-toy and transports to the rescue.

In Danger Out of Doors (Color, 1974)
Guardiana saves a couple of boys from drowning and one from falling off a cliff. Let's all give the Guardiana salute! Alert, Aware, Alive! 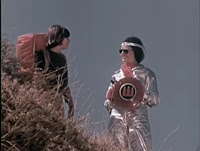 Harm Hides at Home (Color, 1974)
Watch out for that fire on the stove and that gun in your dad's file cabinet, or don't and let Guardiana give you a nice long lecture after saving your life. 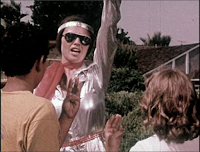 Peril Rides the Road (Color, 1974)
Guardiana is traffic-stopping in this bike and pedestrian safety short. 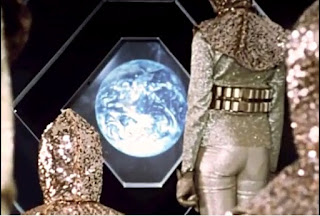 Mission Third Planet: Creatures of the Land (Color, 1979, Don Klugman)
During a meteor shower, the robot Ten-Ping and Aarak, a young gold and sequin-clad alien scientist, are separated from their mother ship and stranded on Earth. While awaiting rescue, they begin classifying the land animals of the planet, comparing body structures of both vertebrates and invertebrates with the help of Ten-ping's magical TV screen head! 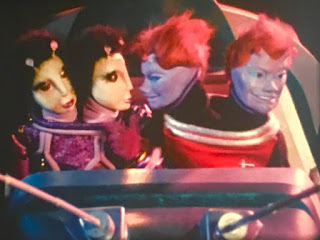 Deciso 3003 (Color, 1982)
Peter Wallach, Eli Wallach’s brother directed this bizarre anti-drug PSA, in the height of the “Just Say No” ‘80s. Two couples of double-headed alien teens set out on what they think is just going to be any other intergalactic trip to the Drive-In (to see Vincent Price in The Fly) but when one of them thinks it’ll be cool to take some meteor pills and get handsy with his date, we all learn that being a teenager isn’t easy for anyone in the galaxy. The puppets were made by Julie Taymor, director of Across the Universe and Titus, and Eli Wallach narrates, though neither is credited on the internet movie database. Perhaps, like the teen alien flying home alone, they too feel the shame. 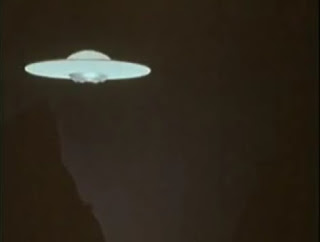