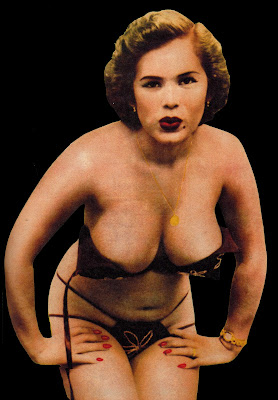 Oddball Films presents Cinesex 101. Take notes as guest curator Neil Van Gorder guides you through the facts, pleasures and risks of sex with a collection of instructional, comical and explicit films. Start by learning the basics: Birds, Bees and Storks (1965), an animated satire about a father who sets out to explain the facts of life to his son, but becomes increasingly embarrassed to the point where his explanations are so vague as to be incomprehensible; Flowers and Bees: A Springtime Story (1973) with pollinating bees and blooming flowers shot with time-lapse photography; and HE and SHE - part 2 (1970), a "white coater" documentary that teaches the psychological effects of sex and gives tips with visual examples on how to make you a better lover. You’ll be sure to practice safe sex after watching VD: Attack Plan (1972), a D*sn*y camp cartoon classic. Watch in wide-eye wonder as a veteran vd germ in the “contagion corps” outlines how these insidious creatures spread the dreaded syphilis and gonorrhea germs! Watch, listen and learn! With the fundamentals covered, move on to possible applications: in No Help Needed (1940), women explore themselves and each other in this extremely rare vintage lesbian porn film, and in The Closet (1962) a handsome body builder gives a naked man the massage of his life. Get your voyeur on with Girlie Reel (1950’s) as voluptuous strippers wiggle and dance for the camera, and Uncle Si and the Sirens (1938), a rather silly and humorous film about a farmer who buys a television and tries to tune in on various naked ladies. Plus! See how sex sells in the 1970s with a compilation of advertisements and movie trailers. 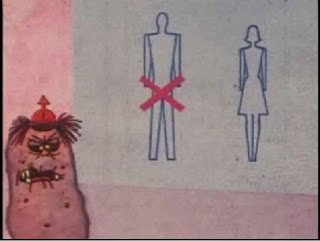 
VD: Attack Plan  (1972, color)
“Yes, it’s true. Walt D*sney Productions has made a significant contribution to the war against VD. “VD Attack Plan” – A fully animated Walt D*sney 16mm motion picture.” states the brochure accompanying this 16mm educational film. VD Attack Plan had some forward thinking and enlightening approaches (not just for D*sney but everyone else producing this type of film in 1973) to the subject of sexually transmitted diseases including promotion of condoms (instead of abstinence) and the fact that VD can be spread through same sex couplings.  This “war against disease “ film doesn’t miss a beat-even showcasing some of the graphic effects of the disease in action.  In brilliant Technicolor, just like you’d want it to be.

A father sets out to explain the facts of life to his son, but becomes increasingly embarrassed to the point where his explanations are so vague as to be incomprehensible. Inspired by Gerard Hoffnung's 1960 book of the same name, this is a delightful and all too familiar study of the embarrassed middle-aged British male, as a father attempts to explain the facts of life to his son but ends up delivering a monologue so packed with euphemisms about birds, bees and butterflies that it ends up being totally incoherent. Produced by the esteemed Halas & Batchelor Animation Studio, the visual style (inspired directly by Hoffnung's drawings) is simple in the extreme - for much of the film, we just watch the father squirming and blushing in his chair, which focuses our attention both on Peter Sellers' monologue and director John Halas' subtle visual characterization, all nervous tics and fidgeting.

Flowers and Bees: A Springtime Story (1973, color)
This film presents lots of time-lapse shots of flowers blooming and bees pollinating them.  The whole film is like discovering a living Georgia O’Keefe paintings. Hooray for Spring! 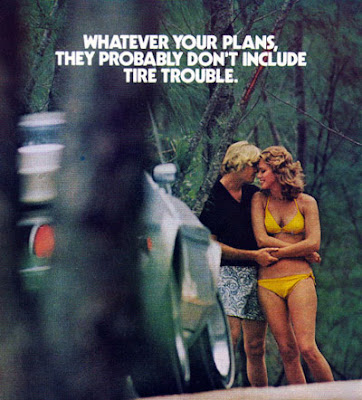 The Closet (1985, color)
In a blackened room a handsome body builder gives a naked man the massage of his life. There are lots of mesmerizing shots of the bodybuilder karate chopping and drenched in liquids. The Closet is Joe Tiffenbach's best known work.


Uncle Si and the Sirens (1938, B&W)
An early illicit film in which the recently invented television promises exotic treats. A truly remarkable anticipation of the Internet, drunken Uncle Si escapes to a private room where he turns into a ravenous animal upon seeing the Sirens!

HE and SHE –part 2 - excerpt (1970, color)
A graphic instructional film about foreplay aimed at square and staid American men.  A narrator helps men learn how to touch their penises to a woman’s butt the right way as well the importance of using cunninglus to please a woman. The sequences of foreplay are intercut with sequences of the couple outside hiking, shopping, or frolicking on the beach. Oh, Romance! 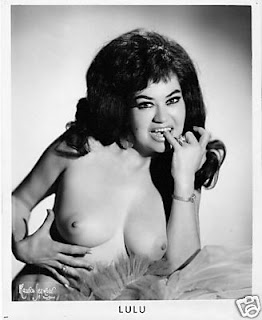 Girlie Reel -excerpt (1950s, B&W)
These are various clips of strippers dancing. Perhaps you will see what your grandma looked like dancing up a storm. Clips will include a blonde in a fake Hawaiian outfit jiggling her ass and pretty brunette in flowing robe dancing and wiggling.

Curator Biography:
Neil Van Gorder is an educator and artist who has called the Bay Area home for the last four years. He has been teaching digital media at various institutions of higher education throughout the Bay Area.