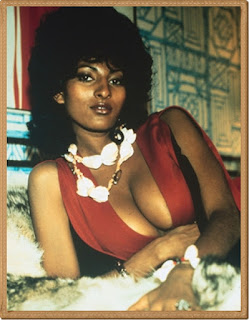 Oddball Films presents Trailer Trash Trivia Night! Come test your knowledge of rare B-Movie, “Art Film”, and vintage XXX spanning form the 1930’s to the 1970’s.  90% of these films sank without a trace, but their garish promotional trailers live on in the massive archives of Oddball Films.  Ranging from 30 seconds to several minutes in length, these promotional shorts for coming attractions were often much more entertaining than the features they promote.  Plus, a short educational film from 1959 entitled We Live in a Trailer. To participate in the Trivia contest all you need to do is correctly guess the film's title before the title comes up on screen and you'll get a trashy trivia prize! This is an evening truly tailored for the Attention Deficit Disordered and the Ultimate Movie Nerd!
Date: Friday, December 30 at 8:00PM Venue: Oddball Films, 275 Capp Street, San Francisco 94110Admission: $10.00 - Limited seating RSVP to programming@oddballfilm.com or 415-558-8117

Trailers Include (but not limited to):

Plus!  Mandatory Edits (color, B&W, c.1950-1965)
Wild compilation of violent, sexual and otherwise “not ready for primetime viewing” film clips, edited into one bizarre reel. It’s as if William Burroughs got into the Saturday afternoon TV-movie vault and applied his “cut-up technique”.