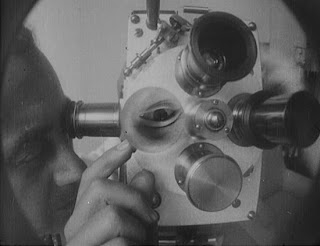 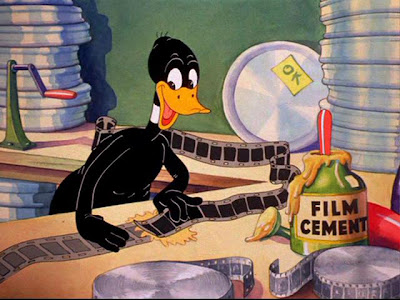 Daffy Duck in Hollywood (1938, B+W) Watch Daffy Duck wreak havoc on a movie set by cutting and splicing together various clips into the  finished product of a movie containing nothing but newsreel titles and clips surrealist style. An unintentionally avant garde masterpiece!

Red Hot Heat (Sizzling Rhythm With a Beat) (1937, B+W & Tinted)
Adapted from the Warner Baxter/Joan Bennett film “Vogues of 1938”, this musical short features boogie woogie wildman Maurice Rocco in a sizzling version of  “Turn On That Red Hot Heat (Burn Your Blues Away)”.  Features the Cotton Club Singers and the Four Hot Shots dancers with a raucous ending and sepia tone not seen in the original.

Art of the Persian Carpet (1973, Color) Shot on location in Iran producer/director Paul Shaper presents the history of the art of weaving Persian carpets. This film illustrates the steps in designing and weaving, showing the variety in the completed rugs and the complex history of its design and manufacture. 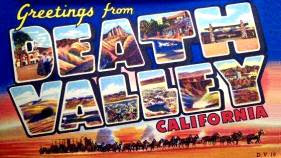 It’s Not Commercial (1950s, B+W)
One of the strangest if not THE strangest co llection of commercials in Oddball’s 6,000 commercial archive. Created by an unknown studio this collection of short “fake” commercials meant as a parody manages to be simply creepy and weird for no apparent reason. Watch jaw-dropping weirdos that look like rejects from a David Lynch film as they attempt to poke fun at weight loss, deodorant and more.

Death Valley Thrills (1936, B+W)
This completely off the wall Grantland Rice Sportlight short features a pair of adventurous travelers in a customized all terrain vehicle roving through Death Valley, the Salt Walt and Ted Willem demonstrate their unique vehicle for roving.  They drive their off road vehicle to salt flats and sand dunes where they ski and toboggan, sometimes being towed on toboggans.  They use a bow and arrow to stop their driver-less towing car.  They also demonstrate what happens when it gets out of range of the arrow.

California Bound (1934, B+W)
In this digest version from "It's A Gift", legendary comedian (and famous drunk) WC Fields sells his store and takes his family on a trip to California to live on an orange ranch he purchased. Arriving at their ranch, they find a dilapidated disaster and all seems lost when the millionaire owner of the estate who ejected them earlier shows up desperately needing the property. The Bissonette family is on easy street! The Library of Congress deemed “It’s Gift” as "culturally, historically or aesthetically significant films" and  added to the National Film Registry. 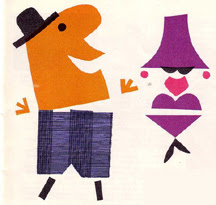 Two condensed episodes of that ridiculous talking TV Horse from the 1960s -Mr. Ed featuring:
Mae West Meets Mr. Ed (1964, B+W) Mae West visits Wilbur to discuss building a luxury, pampering barn for her horses. Mr. Ed wants to join them- until he discovers he will have to cross-dress… Oh my gosh does it get wacky!
Mister Ed - Sorority House (1961, B+W)
Alan Young dresses as a woman in order to recover Mister Ed, who is being held in the basement of a sorority house. 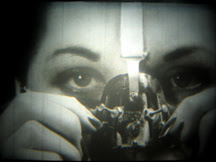 Arabesque (1975, Color)
Early abstract computer-generated film by pioneer John Whitney- shimmering lines and waves of oscillating color dance to the music of Eastern rhythms and evolve from randomness to patterns inspired by 8th century Persian designs. Inspired by his 1974 visit to the city of Isfahan in Iran, Whitney found a relation between the formal and visual tradition of Islamic art and architecture and his own computer graphic study. Whitney famously collaborated with Saul Bass on the title sequence to Hitchcock’s Vertigo.

Fraud By Mail (1944, B&W)
Meet ‘Joe Gullible’ and his cohort of dim-bulbed dummies in this Universal Studios short about bogus mail order products. Which is funnier, the devices themselves (like the nose shaper and height booster) or the idiots who bought them? With a satirical narration by Joe Costello, this film sure does point out the fools among us!