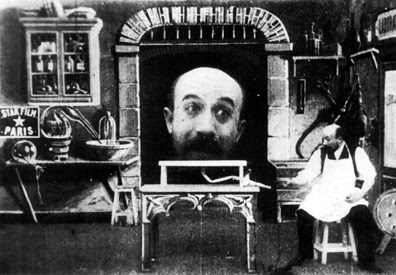 Oddball Films and Lynn Cursaro present Georges Méliès and Other Movie Magic: A Festive Grab Bag. On the occasion of Martin Scorsese’s Hugo, we take a look at the timeless trickery of Georges Méliès with 3 fanciful shorts, The Witch’s Revenge, The Inn Where No Man Sleeps (both from 1903) and Baron Munchausen’s Dream (1911). Charles and Ray Eames’s legacy is highlighted in a current doc, a great excuse to screen the expressive landscape of miniatures, Toccata for Toy Trains (1957). Buddy’s Theatre (1933) takes us out to an old fashion night at the movies. Chopping and scribbling are part of How to Make a Movie without a Camera (c. 1971). Illusion-shattering out-takes of rock group The Monkees provide a peek behind the scenes. With a nod to the festive season we present some mousy merriment: A woodsman’s lunch mishap leads to a visit with party-loving mice in The Rolling Rice Ball (1963), and we visit snowy Eastern Europe for Fritz Freleng’s explosive Mouse Mazurka (1949). Plus a few surprises and complimentary home-baked gingerbread lions for everyone who attends! 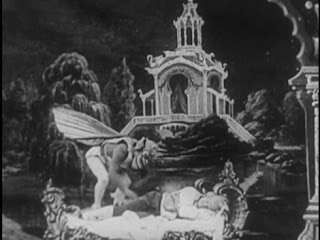 
Melange de Méliès!
The Inn Where No Man Rests (1903, b&w) Devilry with inanimate objects was Melies stock-in-trade. It's bad enough that our weary traveler is tormented out of a peaceful night by his boots, the bed and just about any object with which Melies can play tricks. The ruckus brings the other guests and things really get out of hand. The Witch's Revenge (1903, b&w) In trouble with the king for practicing witchcraft, a sorcerer tries to conjure his way out of trouble. His offer to magic up the woman of the ruler's his dreams by way of wizardry goes absurdly awry. A post-feast nightmare is the perfect device for all manner of surrealist images, from sea monsters on up, in Baron Munchausen’s Dream (1911, b&w). 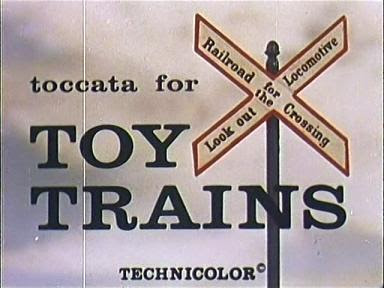 Buddy’s Theatre (1935, b&w)
The forgotten star of Warner Bros. cartoons! Buddy starred in cartoons from 1933 till 1935. This time out, Buddy is the one-man staff of the local movie house. The news reel spoofs will delight fans of both 30’s movies and general kookiness. When his darling Cookie, Warner’s answer to Betty Boop, gets in a
spot of trouble, Buddy makes the leap into the silver screen. 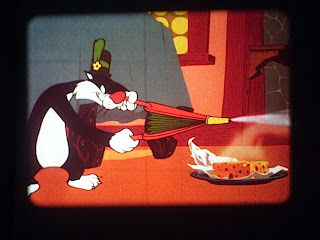 Mouse Mazurka (1949, color)
In the snowy Slobovian mountains, Sylvester Cat and a dancing mouse torment each other to the familiar melodies of East Europe, Carl Stalling style. The Song of the Volga Boatman was never so explosively employed. All in stunning color.


All the period detail you love in the films of Kurosawa, only on smaller! When a kindly woodsman’s lunch rolls away, he encounters the joyous world of singing, dancing, mochi-making mice. Talented and generous, his new friends also happen to be fairly well off for woodland critters. But when a greedy hunter gets wind of their itty-bitty riches will his new whiskered pals be safe?

Monkees Out-takes (1967, Color)
A sunshine-y chunk of silent out-takes of the made-for-TV pop idols mugging and clowning around will be accompanied by a selection of their hits. Get a glimpse of their groovee work-a-day world! Marvel at the costumes! Rekindle that crush on Mickey Dolenz, a Pisces whose his favorite color is white!

Plus! For early arrivals:
Frame by Frame (1970s)
Show up early, enjoy some treats and see this wonderful primer on the miracle of frame by frame filmmaking. Inspiring for all ages, with lots of great clips from a variety of shorts of the era, all using this versatile technique.


About the Curator:
Lynn Cursaro is a local film blogger. Over the past two decades, she has worked in research and administrative positions at a variety of Bay Area film organizations.
Email ThisBlogThis!Share to TwitterShare to FacebookShare to Pinterest
Newer Post Older Post Home