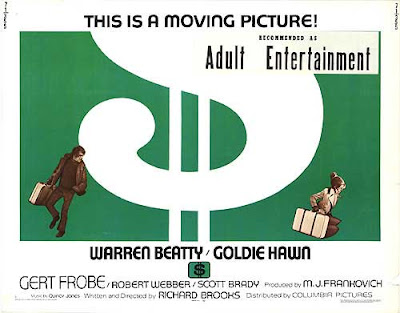 Oddball Films and Guest Curator Soumyaa Kapil Behrens present One In A Million, an evening of retro films that look at money and all it could do.  An oft-used plot line, greed, money, promises of gold and a better life have inspired many cinematic ventures.  This group of films looks at traditional ways of spending, glamorizing and literally making money.  Classic shorts like Trader Vic’s Used Cars (1976) show us the fast paced life inside the world of Victor Snyder, a Southern California car salesman peddling the American dream.  Million Dollar Bowling (1950’s) is a creepy and hilarious look at competitive reality game shows as two couples compete for a one million dollar cash prize.  Other gems include the opening sequence from $ (1971) starring Goldie Hawn and Warren Beatty and animated shorts like Buyer Be Wise (1982) starring our favorite D*sney characters and wise old Japanese folklore with Tara the Stonecutter (1955).  Take a closer look at the man on the face of the penny with Face of Lincoln (1955) and enjoy the tactile vibe of cash with Money, Money, Money (1970’s).  Finally, The Money Tree Pt.2 (1983) gives us the perfect dose of campy education as a young middle class couple uses credit to get in more debt than they can manage. 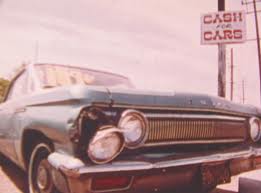 
This episode of reality TV from the fifties is full of celebrities, competition and weighty cash prizes.  After all, with the way we compete for a million today, just imagine what a million dollars would buy in 1955?  Quirky, co-ed, and cutthroat, two couples battle it out for the great grand prize.

Take an insider’s look at the world of used car sales and the one of the best of the trade, Victor Snyder.  This short by filmmaker Charles Braverman captures the rhythm, courage and strange skills needed to be successful at selling the American dream just a little bit used.  A trade not as well lauded today, Mr. Snyder embodies the retro businessman with his own sense of style and flair.


An astoundingly simple but fascinating film that shows Dr. Merrell Gage orating the life history of Abraham Lincoln while sculpting his face.  Dr. Gage was the former department head in Sculpting at the University of Southern California.  This film is a definitive tribute to the joy of the experiment in both cinema and sculpture and to the tangible nature of both.  The face of the penny, this short constructs every line and wisp of hair with purpose and detail. 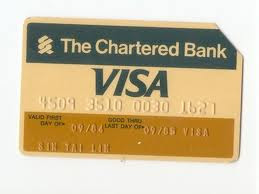 Buyer Be Wise (1982, color)
Donald, Pluto, Goofy and all our favorite cartoon friends learn important life lessons about spending cash and getting what they bargained for in this classic short.  Even D*sney made sure their characters had a strong sense of economy, no matter how silly they could be.

Money, Money, Money (1970’s, color)
A fun and tactile short film set to the sounds of industry and jingling music.  This piece is a dance on the meaning of money, how it originally formed and how it forms relationships in today’s world.  Quirky and cool, it is sure to please the eye and give a real sense to the patina of cash and the cultural fabric it helps to weave.  Produced by Texture films and directed by Steven Mirror. 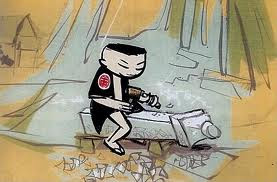 John Wilson masterfully renders this circular Japanese folktale about desire and power through a visual combination of Asian inspired drawing techniques and abstract watercolor painting.  This is the story of a poor stonecutter who wishes again and again to be more rich and powerful than he is and is granted each desire only to reveal a deeper lesson about greed and the power of perception.

The Money Tree Pt 2 (1983, color)
A campy and drama filled documentary about the beginnings of destruction by credit card in our country.  Watch a sweet, working class couple get married and try to keep up with their wealthy accountant friends using credit.  From apartments, to cars to decadent lobster dinners, their spending spins out of control and their creditors come calling.  A good lesson wrapped in a hilarious retro drama!